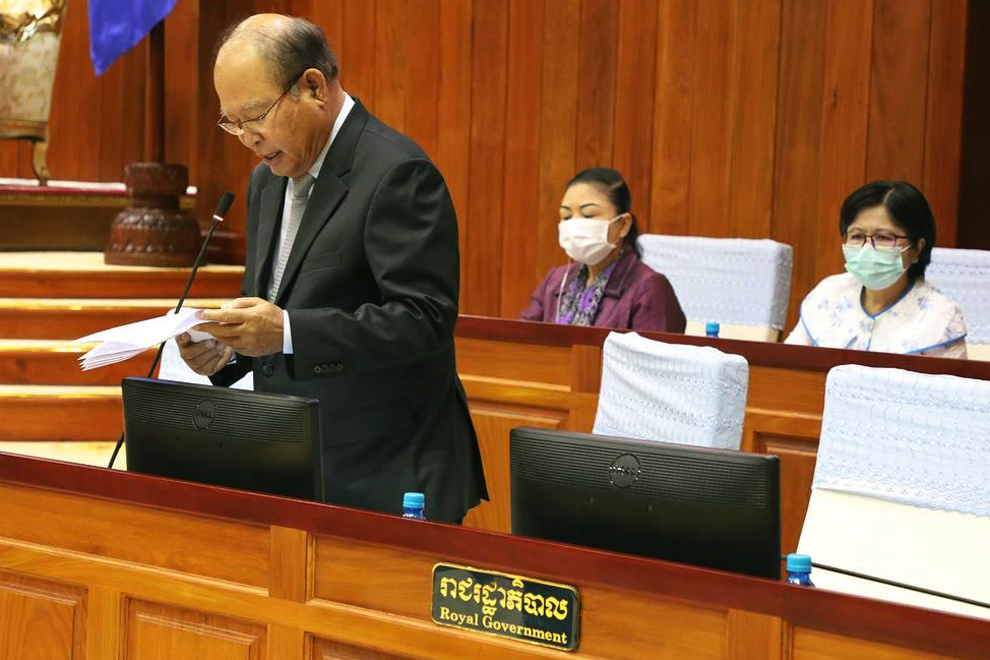 
Phnom Penh: The Senate Standing Committee will convene tomorrow morning, March 9, to review the draft law on measures to prevent Kovid 19 and Another deadly disease after the National Assembly passed the draft law on March 5.

The draft law, which covers the prevention of the spread of Kovid 19 and its deadly infectious diseases, provides for imprisonment from 10 years to 20 years when the act is carried out by a group or organization.

At the same time, the National Assembly highly commended the Royal Government for its efforts to put in place measures in the past, preventing and responding to infections. The timely and effective spread of 19 cases of Kovid disease ensures the protection of the welfare of the people, the social and economic problems of the country.

According to a press release from the National Assembly, the new draft law is a clear indication of the responsible efforts and attention. The Royal Government's high regard for the life and well-being of the people throughout the country.

According to Article 1 of this law, the purpose is to determine the health measures, administrative measures and other measures to be taken to combat and prevent the spread of Kovid 19 and other serious and dangerous infectious diseases now and in the future. The law also aims to protect the lives of citizens, promote public health and public order, and minimize the impact of The transmission of the disease to the social and economic sectors in the Kingdom of Cambodia.

This draft law was prepared by the Ministry of Justice in collaboration with the Ministry of Health in accordance with the recommendations of Prime Minister Hun Sen, while Cambodia is facing an infection. 19 Large-scale cases of Kovid have been reported since the disease first appeared in Cambodia.

The Ministry of Justice states that in the past, the Royal Government has introduced a series of measures to prevent Kovid-19 and successfully end the cross-border events. Already joined the community twice: the November 3 community event and the November 28 community event in 2020. But this February 20, 2021 community event is more serious and larger than previous events and has been causing fear. Psychological turmoil and impact on public health, economic and social crises.

The Ministry of Justice stated: "After a meeting to discuss and debate the 18 articles between the representatives of the Royal Government and the National Assembly, the Plenary Assembly Approved unanimously on the draft law on measures to prevent the spread of Kovid 19 and other deadly and dangerous diseases "Completely without modification."

Chapter 3, Article 7 of this law relates to the evasion of the evildoer or the evasion of the place of the evangelist during the eviction. Determined by the Ministry of Health or the competent authority shall be punished by imprisonment from 6 months to 3 years and a fine from 2 million to 10 riels Million Riels if the above act caused the transmission of 19 Kovid disease to others.

Article 8: Avoidance of treatment or escape from the treatment facility determined by the Ministry of Health. Attempts to commit this act are punishable by imprisonment from 1 year to 5 years and a fine of 5 million to 20 million riels and shall be punished with imprisonment from 5 to 10 years if The above act caused the transmission of 19 Kovid to others.