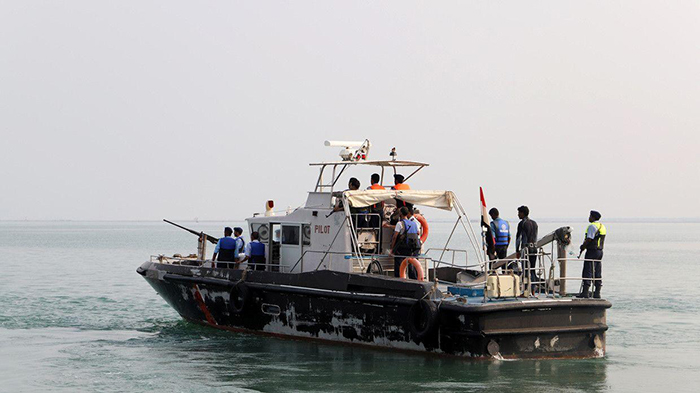 The Saudi-led coalition forces in Yemen on Tuesday demolished two bomb-carrying boats, operated and remotely controlled by the Iranian Allies, from the Hodeidah province, the SPA news agency reported.

According to a report by the SPA, a coalition of naval forces posed a threat to the waters off the Bab al-Mandab Strait linking the Indian Ocean and the Red Sea.

This month, Saudi-led Arab coalition forces attacked the Houthi-controlled military targets in the Salif port in southwest Yemen's Hudaydah province, and the coalition also announced the demolition of the Houthis Reportedly used for the manufacture of boats and rocket-propelled grenades. Edit: Pang Kong