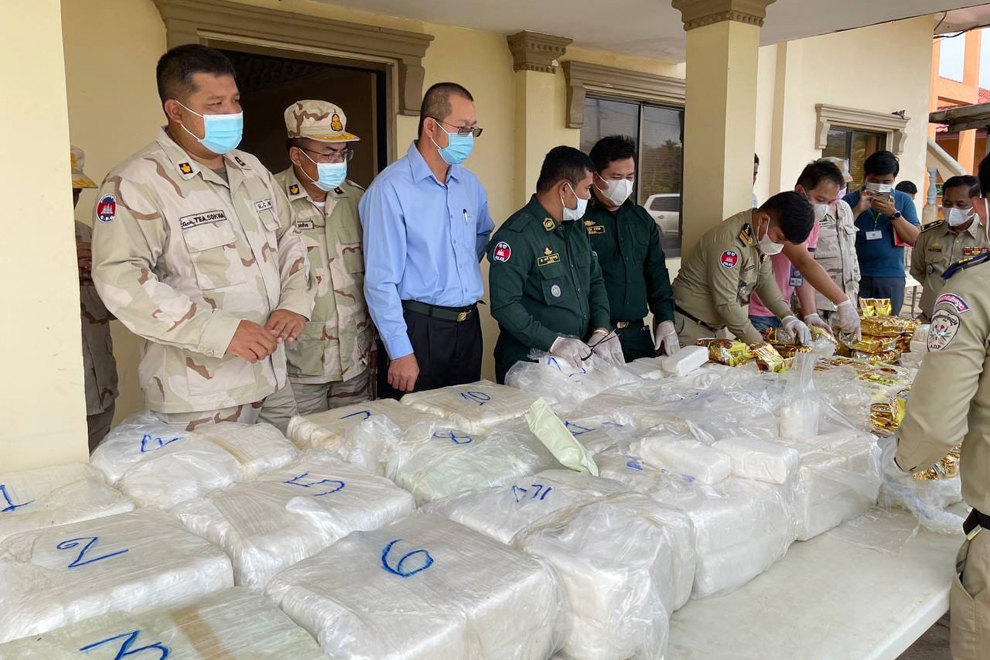 Addressing the Inauguration Ceremony of the Officials of the Ministry of Interior Disaster Management Secretariat at the Ministry of Interior yesterday Recently, Mr. Sar Kheng said that many drug trafficking cases have been found in the past. Therefore, the competent authorities must study to find the source clearly, especially the case that has just been cracked down on.

"Now we see that the more drugs there seem to be, the more we catch," he said. Now we continue to study, what are the reasons? A few days ago, nearly 500 kilograms of drugs were seized and hidden on an island in Sihanoukville, now the authorities have collected them "

Mr. Sar Kheng confirmed that nearly 500 kilograms of drugs are not used in all of Cambodia. However, the perpetrators continued to be distributed to other countries, such as Vietnam and Thailand, which took place by sea.

At the same time, he urged the authorities to continue to strengthen the fight against drugs to be more effective.

On the evening of February 6, during a patrol in the sea, more than 460 kilograms of drugs were seized by the Navy of the Security Front Command The sea was found and confiscated from a forest on Pulu Wai Island in Koh Rong Samloem commune, Koh Rong city, Sihanoukville province. This is according to Mr. Tea Sokha, Deputy Commander of the Navy and Commander of the Front Line Command of the National Committee for Maritime Security.

Meas Virith, spokesman and secretary-general of the General Secretariat of the National Authority for Combating Drugs, said yesterday that authorities would work to comply with the guidelines. Of the leadership. As for the case of finding nearly 500 kilograms of drugs in Sihanoukville, the authorities have identified some clues.

"In the case of the nearly 500 kilograms of drugs found, we are now continuing to look at the packaging and how it is packaged," he said. "Involved in cases that we have cracked down on in the past."

According to Mr. Meas Virith, the case of drug discovery in Sihanoukville is to use the full technical to continue research because it is a case where people The offender hid the drugs.

"Nearly 500 kilograms of the drug is the same type of ketamine, but the packaging is different so it can come from a source," he said. Different.

As a matter of fact, we are based on information and comparing the packaging of samples to other samples that the authorities have seized, we have drawn conclusions and are "Further investigation."

LICADHO Deputy Director Am Sam Ath said that Sar Kheng's remarks were not unlike those of the past, where he always told officials to stay away and not to get involved. Drugs and so on.

He said: "The implementation of the drug crackdown in the past, there is also criticism from the people for some officials have acted differently. Therefore, there must be proper procedures in place to crack down on all drug cases. "The crackdown, regardless of the rank of the stakeholders, must be carried out equally."