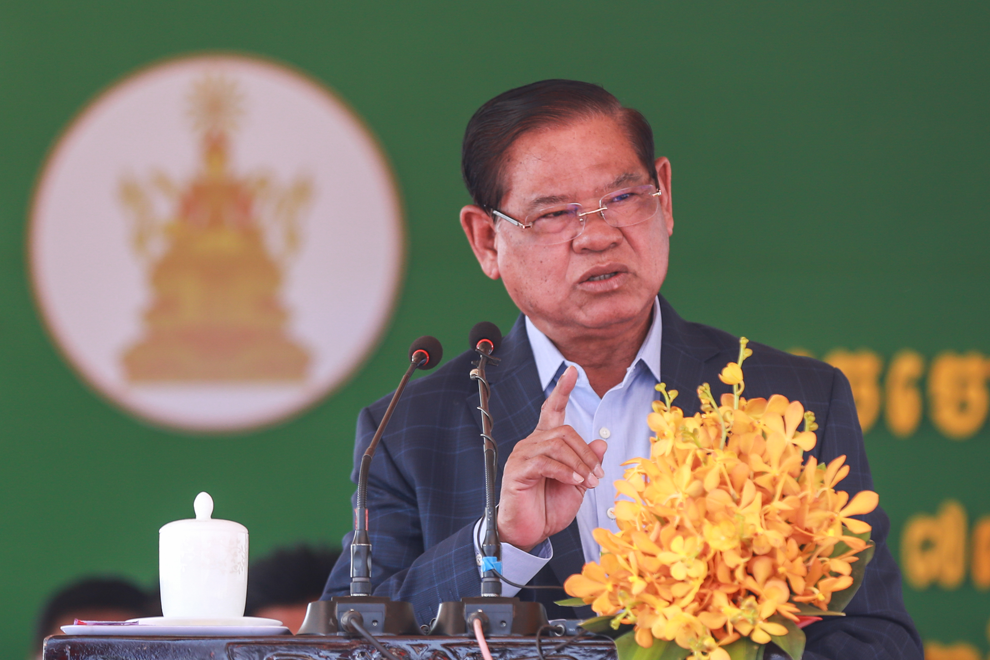 
Battambang: Sar Kheng, Deputy Prime Minister and Minister of Interior, urges officials to stop asking for intervention so that their children can become police officers, which is against the policy Government reform that requires passing or failing an exam depends on the ability of the individual.

Mr. Sar Kheng said this while presiding over the graduation ceremony for undergraduate, graduate and master's degree students of Battambang National University. In Battambang province yesterday.

He said that now the government has reformed the education system, and if people want to be police, they have to have proper exams. In the past, some individuals have come to ask for intervention, but on behalf of the Minister of Interior, they have the right to only apply for the exam, not the right. Pass the exam as a police officer.

"Now that the reform era is over, they are intervening, which is different from reform politics," he said. I do not happen, this is true. "Some people have never studied police, but came to apply for police and become big (positions)."

Mr. Sar Kheng reminded in 1979 that joining the police force at that time was not necessary to go to the exam, the Ministry collected it. If anyone has studied or learned the third grade, the Ministry is happy because there were no human resources at that time because human resources were destroyed by the regime The race has been destroyed, especially the learned. The Deputy Prime Minister advised young people, students to work hard to study and parents must guide their children to study because knowledge is an asset that Does not dry out.

He said that the current phase of education reform is more human resources, more capable people, so if you want to enter the framework The state or the police are competent.

"If not, how can I go for reform, I am still responsible," Sar Kheng said. Police reform to the police does not work, they do not blame me. "Who is to blame is the people, you are to blame."

Pech Pisey, executive director of Transparency International Cambodia, supported Sar Kheng's remarks. However, he insisted that the entrance examination for public servants, who are civil servants, must be chosen with transparency and high responsibility. Most.

He said: "We should choose the framework of public officials, focusing on the ability, experience and knowledge of candidates who have applied for the exam. Get competent officials to work in the Royal Government and strengthen the provision of good services to the people.

According to Mr. Pisey, in the past, Cambodia has a culture and practice of using partisan lines to gain positions or promotions. . Therefore, at this stage, such practices should be ended and the principle of transparent and accountable recruitment of public officials should be included in the administrative reform plan. The public of the nation again.