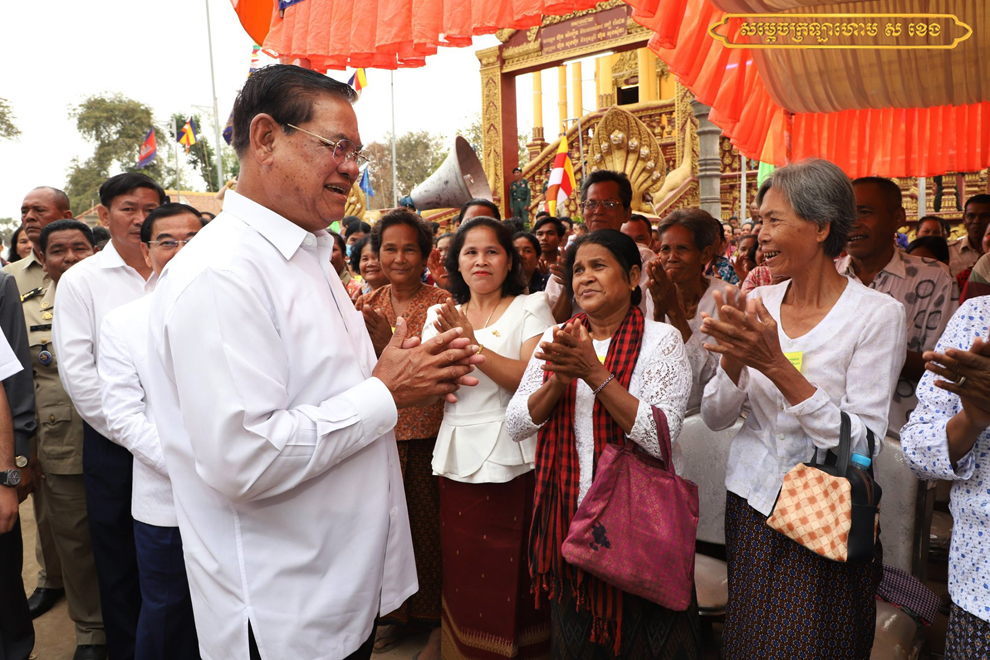 
Prey Veng: Deputy Prime Minister Sar Kheng advised officials to work hard at the grassroots level to improve people's lives Orient the development there by providing nearly $ 80,000 per commune and could increase Every year from year to year 2020 to 2023

Sar Kheng said this as he presided over a ceremony to mark Preah Vihear temple and pass on the achievements at Snay Sar pagoda in Prey Veng village. Tiger and Po Sambang village, Rat commune, Pea Reang district, Prey Veng province on Monday.

Today, he said, the administration of the Constitution is divided into four levels: National, Capital / Provincial Level Districts / Communes / Sangkats, in which the Royal Government is focusing on the highest levels of commune / Sangkat Citizenship. All four administrations have rules.

Sar Kheng also advised officials to avoid penalties by noting anyone who disagreed with them as an enemy. He was reminded not to have this view.

“Officers when they came to the base for what? Not to trouble the people, but to help the people, not to add burdens to the people. This is clear in this regard. We ask that we all work hard to master the land, to strengthen our ownership, because our reform is all that is coming. The base goes to the people. "

According to Deputy Prime Minister Sar Kheng, the per-capita development budget is $ 75,000, multiplied by 1646 communes across the country. The government will spend 123.45 million dollars, which is directly sent to the commune / sangkat account via the commune's bank accounts. Neighborhood.

“We are doing this to connect with the people, but we have yet to assess where Which did well did not do well because we just announced implementation in early 2020. "We will look at the end of 2020 to see if it works well, whether it has enough human resources."

He added that, like this ceremony, he had come down just to tell the story, but he had assigned the officials to all communes. Nationwide, arrange to meet with the people, not to sit in chastisement. But listen to the people.

“People are suggesting that you do this wrong, this job is not good, ask for help and improve We need to get the words, the ideas, the ideas, the thoughts from them. The people are better than us, we don't know the people, so be careful. But when we are the masters of the people and they are wrong, we should be the ones who learn from the people as students. People. "

Theng Savoeun, president of the CCFC, suggested that through the new policy of the state to reach the grassroots Further capacity building of commune / sangkat officials is needed so that officials can work better for the citizens and have a meeting with the community. Take the project of the People’s Proposal Local musicians.

“In terms of local governance arrangements, this should open up opportunities for communities and citizens to come up with plans Incorporate into a Commune / Sangkat plan to get the budget packaged for use in the community. ” .

Savoeun said, observing that other than paperwork, the main need of local people is to improve their livelihoods. He is through the construction of an agricultural training infrastructure and a sufficient market for agricultural produce.