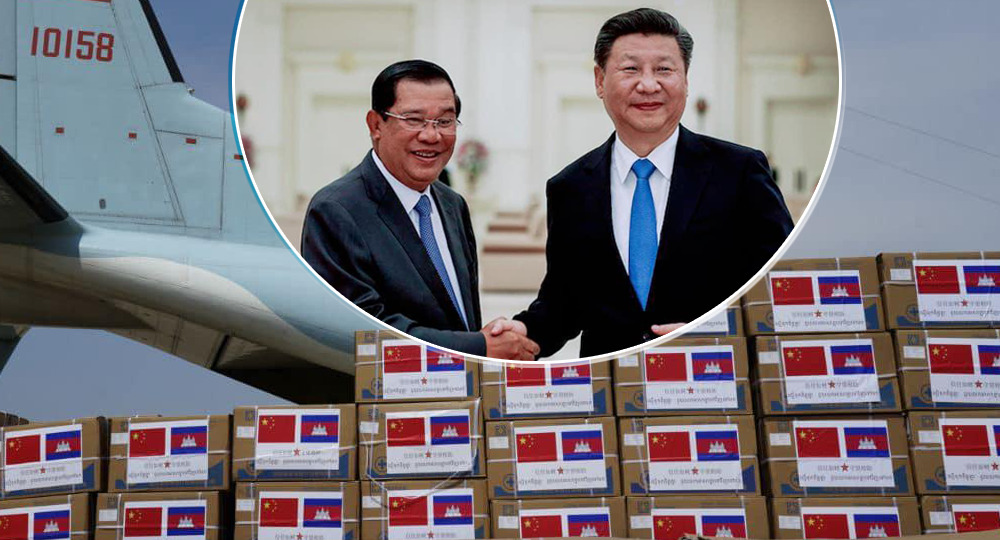 Samdech Techo wrote on his Facebook page that he would like to thank his Chinese friends for always being there to help Cambodia in all situations, especially when it comes to fighting the disease.

The prince said “In addition to the infrastructure development assistance that Chinese friends have been able to help Cambodia with this time, the Friends of China has dispatched medical teams, including medical aid, equipment and equipment to fight the disease. Thank you Chinese friends so much. ”

Samdech Techo Hun Sen said that Chinese friends always pay attention to helping Cambodia in all situations, especially when it comes to fighting the disease. In addition to the infrastructure development assistance that Chinese friends have helped Cambodia to this time, the Friends of China has dispatched a number of medical teams, including medical aid, equipment and equipment for the prevention of Kov-19.

On behalf of the Cambodian people, the prince would like to thank his Chinese friends and wish the friendship of the two countries to be as strong as steel.

On March 23, the Chinese government dispatched seven medical experts, along with a number of medical equipment, to Cambodia, the first of 19 anti-retroviral experts sent by China to Asia. Southeast Asia.

On March 24, four Chinese medical personnel of the People's Liberation Army came to Cambodia to join the fight. The Chinese army's World Health Organization (WHO) team of experts in the prevention and control of polio 19 is from the Chinese Military Academy of Medical Research, the body that established the first Ebola vaccine in the world. It has also recently been developed with the successful vaccine, which is currently in clinical trials.

In particular, on the morning of April 1, 2020, more than two tons of anti-virus, anti-virus ,IDID-19 material, aided by the People's Liberation Army of China, arrived in Cambodia.

Once again, the Ministry of National Defense of Cambodia has handed over 11 capsules of anti-virus COVID-19, weighing about 16 tons, worth about $ 1 million.