Samdech Techo reaffirmed that the school closed in Siem Reap city, not the whole province 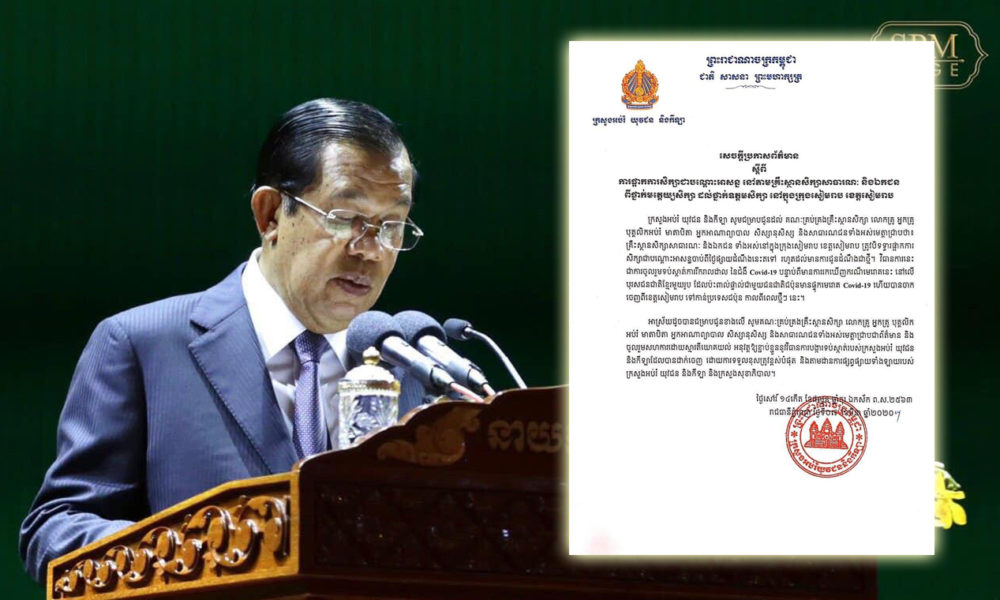 Samdech Techo reaffirmed that the school closed in Siem Reap city, not the whole province

Phnom Penh: Prime Minister Hun Sen has said that the closure of the school is closed only to Siem Reap city, not across Siem Reap, so the public will not be confused.

Samdech Techo made this clear after a number of people mistakenly believed that he ordered the closure of schools throughout Siem Reap after finding a Cambodian in Siem Reap across the border of a Japanese man.

Prime Minister Hun Sen wrote in a message on Facebook on the night of March 7, 2020: "Make sure the school closure is closed to one Siem Reap city, not all Siem Reap. Off is to protect children who do not know how to protect themselves. Hopefully, the parent / guardian will try to get their child home from school during this temporary closure. ”

According to a press release from the Ministry of Education, Youth and Sport on March 7, the management of all public and private educational institutions in Siem Reap, Siem Reap, has been temporarily closed. The measure is a contribution to curb the spread of the Kov-19 virus, following the discovery of a case of a Cambodian man who had been in direct contact with a Japanese person infected with Kovirus-19 and left Siem Reap. To Japan recently.