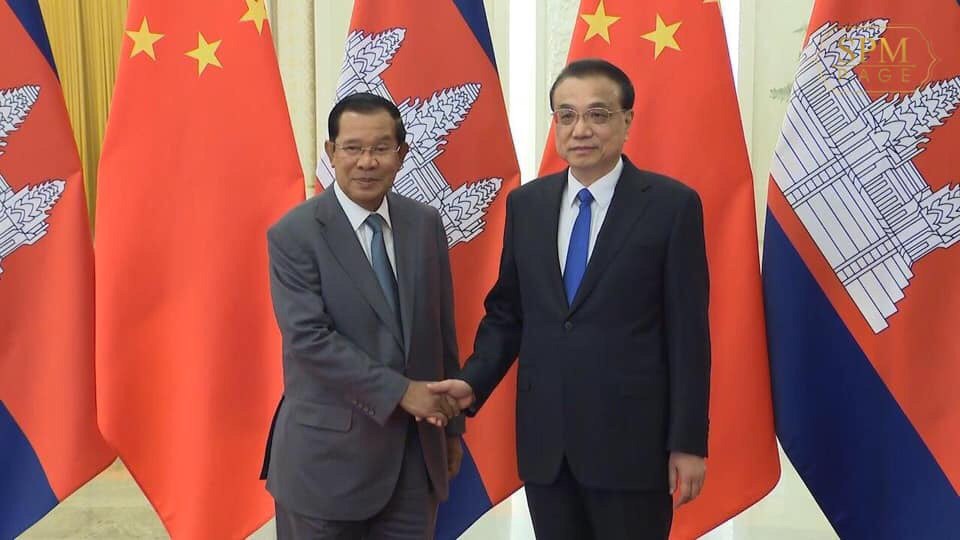 Cambodia's Prime Minister Hun Sen has told Prime Minister Li Keqiang of the People's Republic of China that some have accused the prime minister of exchanging Cambodian life with China.

In a meeting with the Chinese premier on February 5, Samdech Techo Hun Sen said that his visit to China to eradicate fears among Cambodians, especially against the fears of citizens.

He said Cambodia wants to show its support for China while fighting the coronavirus. On behalf of the Royal Government of Cambodia, Samdech Techo Hun Sen will share his condolences with the victims of the virus.

"The important thing is not the Corona virus but the fear of the people," he said. The prince considered the kernel problem a psychological war that is scaring the people.

“There are some who accuse the Royal Government of exchanging the lives of Cambodians with Cambodia-China relations, but that is a false statement because the prince continues to pay attention to the situation. For students studying in China. ”

The prince could not run away from what was happening, but he still showed his condolences to the Cambodian and Chinese people.

Li Keqiang also told China that China attaches great importance to Samdech Techo's visit to China. The Chinese premier said the Chinese side is doing everything it can to make people live there. He stressed that the Chinese government and people are now battling the new virus and hope that China will be able to fight the disease successfully.

The Prime Minister also mentioned bilateral cooperation with the European Union, which is due to issue its decision in mid-February. Even in this situation, the Royal Government of Cambodia has been ready for more than a year.

Samdech Techo Hun Sen has confirmed to the Chinese Premier that the closure of online gambling in Cambodia is intended to ensure that Cambodia's national security will be engaged in combating online crimes.

For the Chinese premier, he said, it will continue to support Cambodia as much as it can, and it will continue to attract more investment to Cambodia and keep investors investing in Cambodia. The free trade agreement between the two countries is currently under negotiation, with the two sides pursuing further talks in March to push for a complete deal.