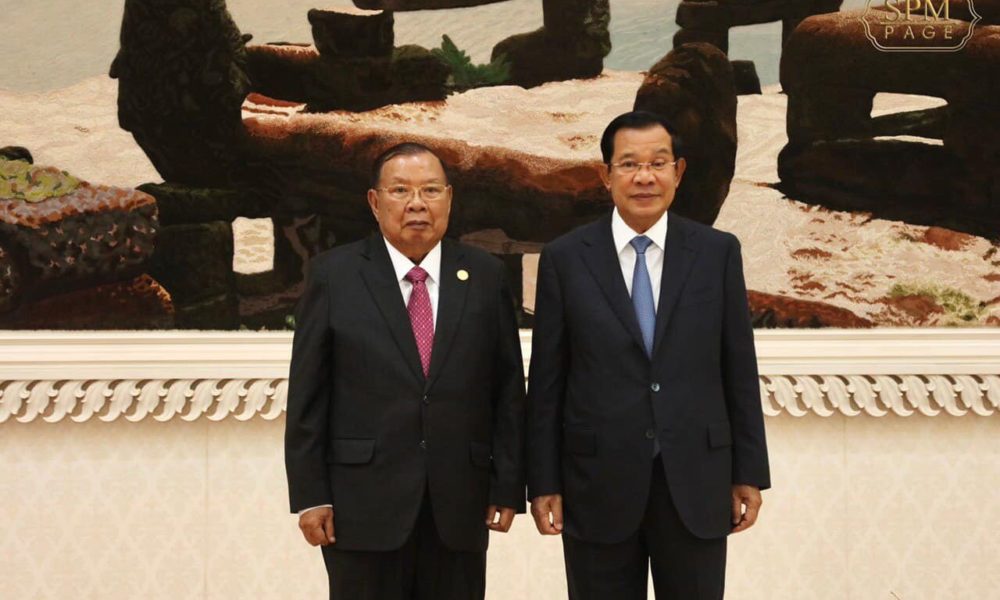 Meeting with Mr. Bounnhang VORACHITH, Secretary General and State President of the Lao People's Democratic Republic in the afternoon of February 9, 2020 "It is very important that the border authorities of both sides play an important role in fostering close ties and the establishment of joint sports programs," he said. "It is also important that this relationship be resolved on the border issues."

At the same time, he emphasized that not only the territorial authorities, the two armies of the two countries should foster closer relations, as they are close and whatever issues can be resolved and discussed. .

At the same time, the Prime Minister of Cambodia encouraged to deepen this relationship in line with what has been signed as a Comprehensive Strategic Partnership.

For his part, Bun Nang Vichit said that Cambodia and Laos have always been close friends and help each other. In this sense, the two countries are the same neighbor, the same fence, the good neighbor, and the growth of the mutual trade better and more secure. Also on the border.

He said that over the past two years, he has seen that Cambodia has been growing very fast, and Cambodians are living a better life.