Samdech Krala Hom Sar Kheng emphasized, “If the training of National Police officers is not quality or is not used and not given the price, the state will spend money. Benefits ” 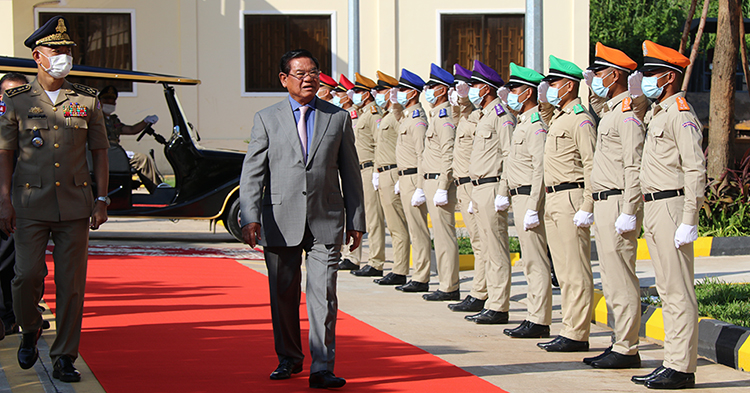 Samdech Krala Hom Sar Kheng emphasized, “If the training of National Police officers is not quality or is not used and not given the price, the state will spend money. Benefits ”


Phnom Penh: Prince Sar Kheng stressed that the Royal Government Has spent a lot of money to support the Academy in the training of National Police officers, but is not qualified or not used and not worth it Make the state spend money in vain.

Samdech Krala Hom Sar Kheng, Deputy Prime Minister and Minister of Interior, said this on Monday morning, July 27, 2020, at the closing ceremony of the conference to summarize the results of Implementation of the five-year strategic work (2015 2019) and the strategic work direction for the next five years of the Police Academy of Cambodia The Police Academy of Cambodia is located in Dei Edth Commune, Kien Svay District, Kandal Province.

Samdech Krala Hom Sar Kheng, Deputy Prime Minister and Minister of Interior, praised the leadership, professors, teachers and officials of the Police Academy of Cambodia for their joint leadership and duties. Achieved a series of achievements over the past five years, as stated by His Excellency the President of the Academy in the report.

Samdech Krala Hom considered the progress of infrastructure work, human resource development, the establishment of supporting documents for leadership, management and training, as well as the achievements of strengthening And Expanding the Academy's International Cooperation is a testament to the Academy's progress in all areas of implementation of its reform program and strategic plan. 5 years to turn this training institution into qualified in accordance with national and international quality standards.

He expressed support for the three main strategic goals related to institutional capacity building, improving the quality of education and strengthening scientific research capacity. The police considered that this strategic goal reflects the core task of the academy in implementing the policy of reforming the armed forces of the Royal Government and Human Resource Development Plan of the Ministry of Interior.

The Deputy Prime Minister continued that in the 6th legislature of the National Assembly, the Royal Government under the wise leadership of Samdech Akka Moha Sena Padei Techo PM Hun Sen Remains Highly Committed to Ensuring Peace, Political, Economic, Social, Security and Security in Villages, Communes and Sangkats All sectors will provide opportunities for people to live happily and have a better life, as well as a commitment to protect independence and territorial integrity from any force. Can not be abused.

On this basis, Samdech continued that the Ministry of Interior has launched a plan to develop the capacity of the National Police Force, which is a cooperative force and a force. Core through modernization in two ways: first, strengthening the capacity of training units, including human resources, infrastructure, materials and finance to enhance capacity and ethics. The second is to equip the necessary equipment and modern equipment and sufficient means to support the operation and daily performance of National Police Force.

"As we all know, the training of the police force requires a lot of training and hard work," he said. Active, but successful study results have brought many benefits to the society, as a proverb says, education has its roots in bitterness, but There is a sweet fruit that has a meaning similar to the proverb of the academy which says that if you sweat a lot here you will bleed less blood. Roads.

Regarding the training of police officers, Samdech stressed that "the state has spent a lot of money to support the academy, on the contrary, if our human resources Trained but not of good quality or not used and not priced, the state wastes money. In this regard, I still observe that the leaders of a small number of units still hold a pessimistic and conservative view, believing that inactive officials should be sent. Come to school and lack attention to those who have successfully graduated.

He introduced some important points to promote the implementation of the Academy's five-year strategic plan for further success and new achievements. In that, the General Department of Logistics and Finance must review the 2021 budget of the Academy that has been cut and must strive to coordinate with representatives. Ministry of Economy and Finance to maintain the budget at the request of the Police Academy of Cambodia to support the courses to be trained.
Samdech advised all relevant units to pay attention, value and encourage qualified and qualified officials who complete Study at the academy or abroad, and the academy must continue to build a quality culture in the training of the police force to have the ability and true professional ethics. Respond to the needs of the society and to promote police science research and to gather information related to the use of trained human resources Already in units using various forces.
Regarding the National Police Museum, which is planned to be built on the campus of the Academy, Samdech advised the relevant leaders to meet to discuss the transfer. Manage and build this National Police Museum.

His Excellency General Professor Seng Phally, President of the Police Academy of Cambodia, made a welcoming report to Samdech and the presidency of the conference one day ago. Examined and discussed the results of the implementation of the five-year action plan from 2015 to 2019, the Police Academy achieved 80.09 percent. Achieved 209 sessions, equivalent to 20,996 people, or 86 percent, while some work has also made significant progress.

His Excellency the General Professor added that all the achievements achieved are a testament to the four aspects: the success of the program. Five-Year Reform and Strategic Plan, reflecting that the Academy has been implementing a comprehensive human resource development plan for the National Police Force and prisons Sustainable, actively implement the policy of reforming the armed forces of all kinds and strengthening international cooperation.By: Kolap 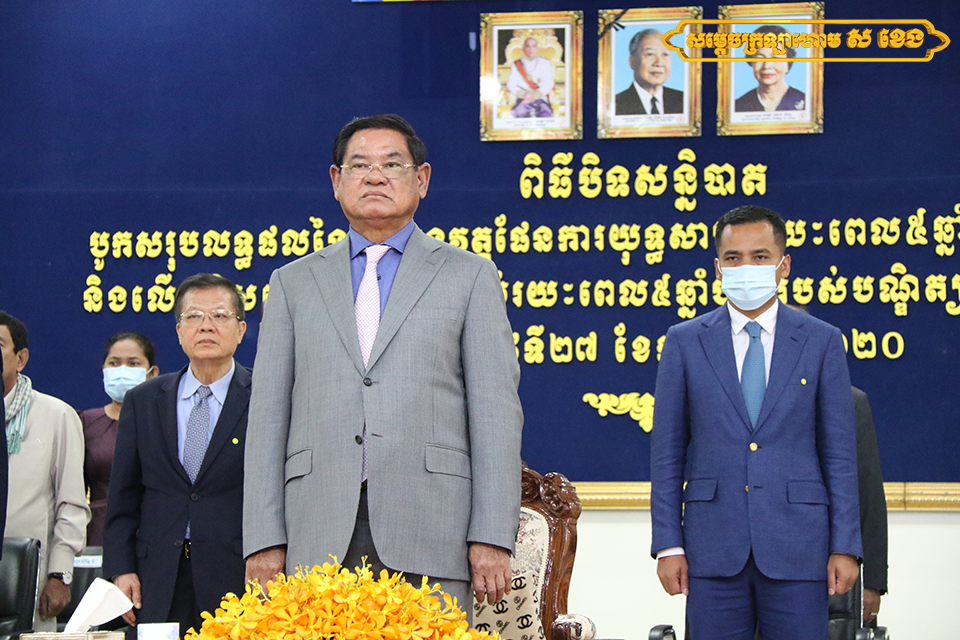 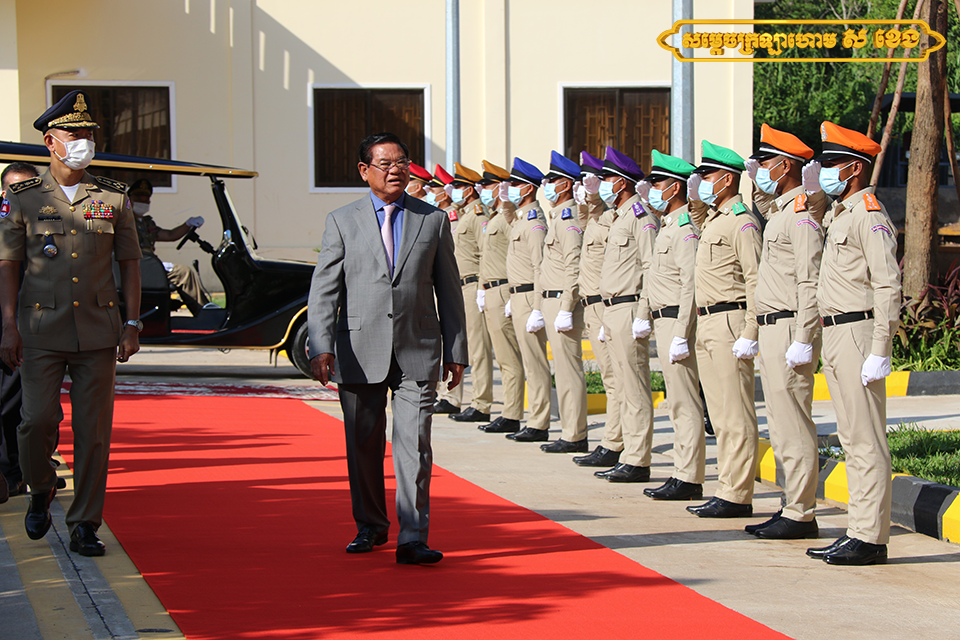 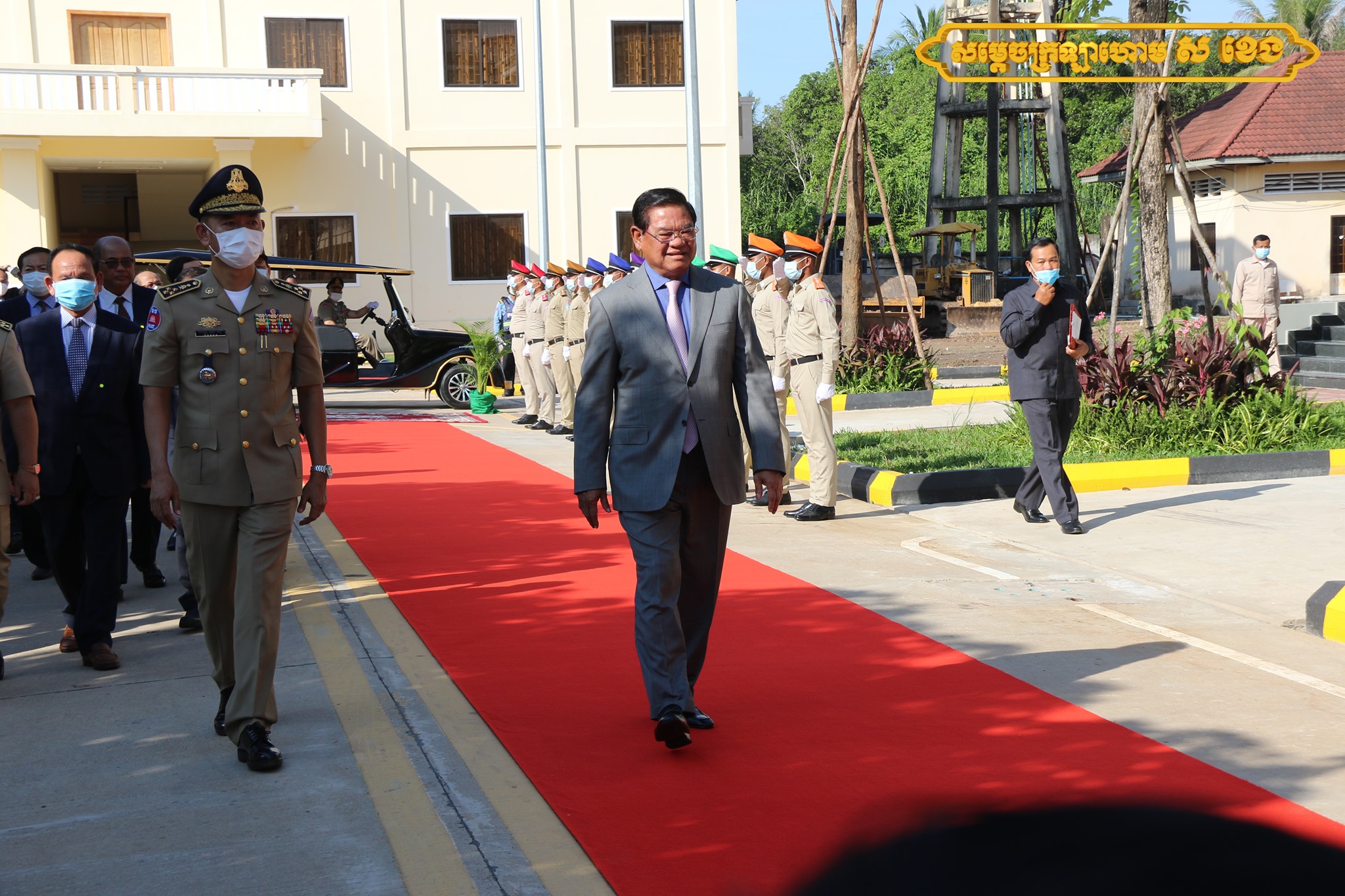 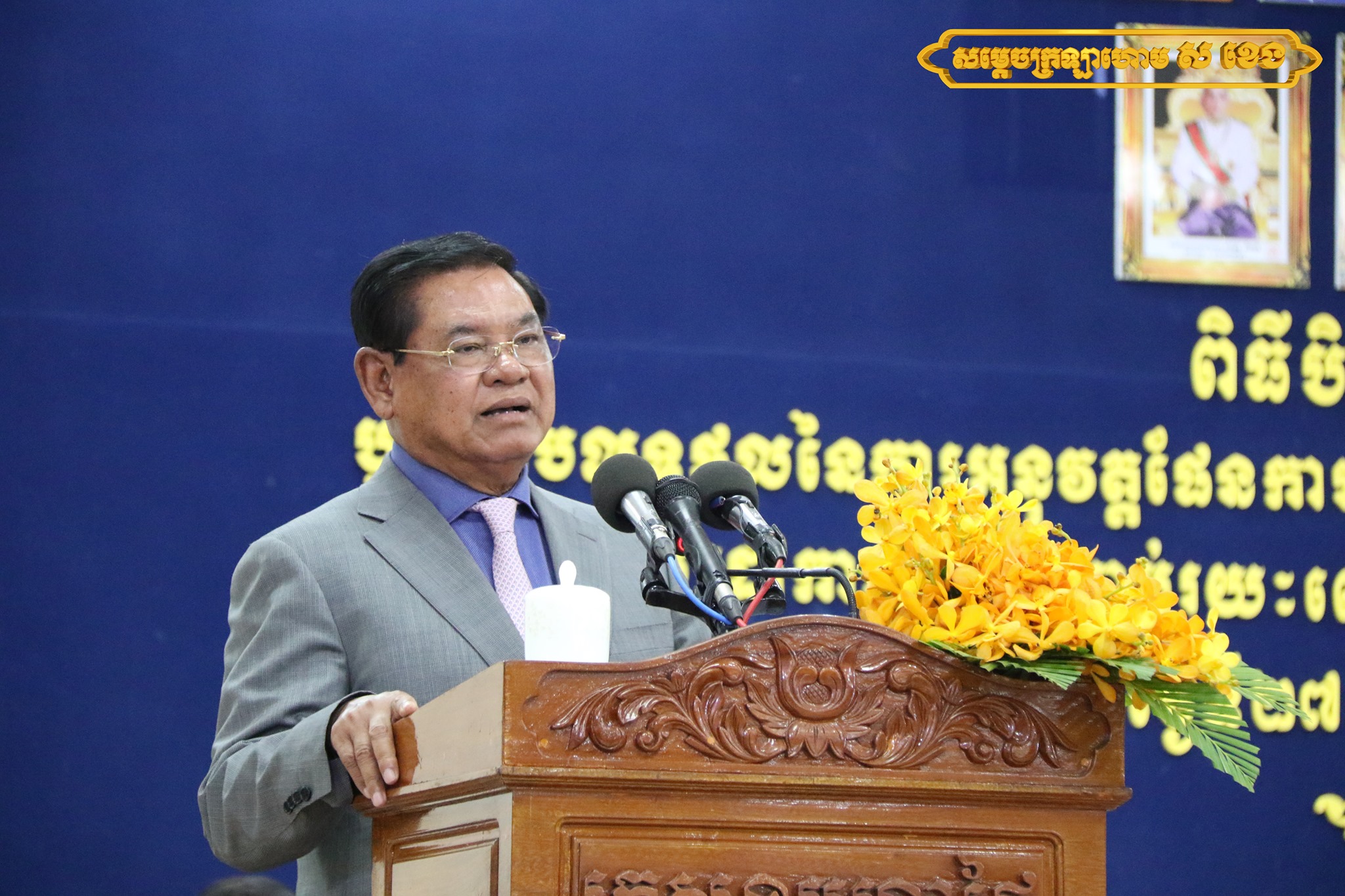 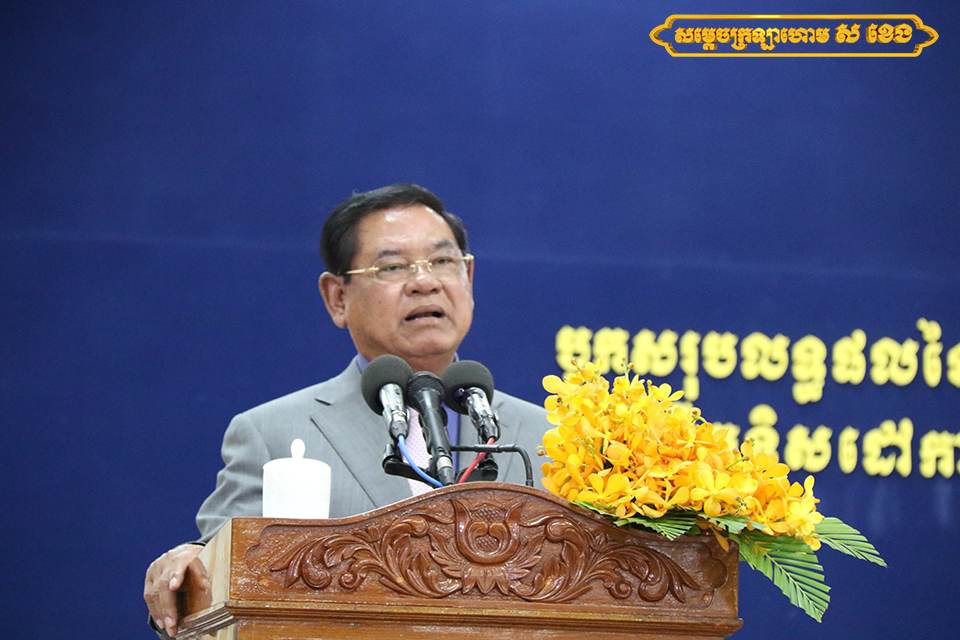 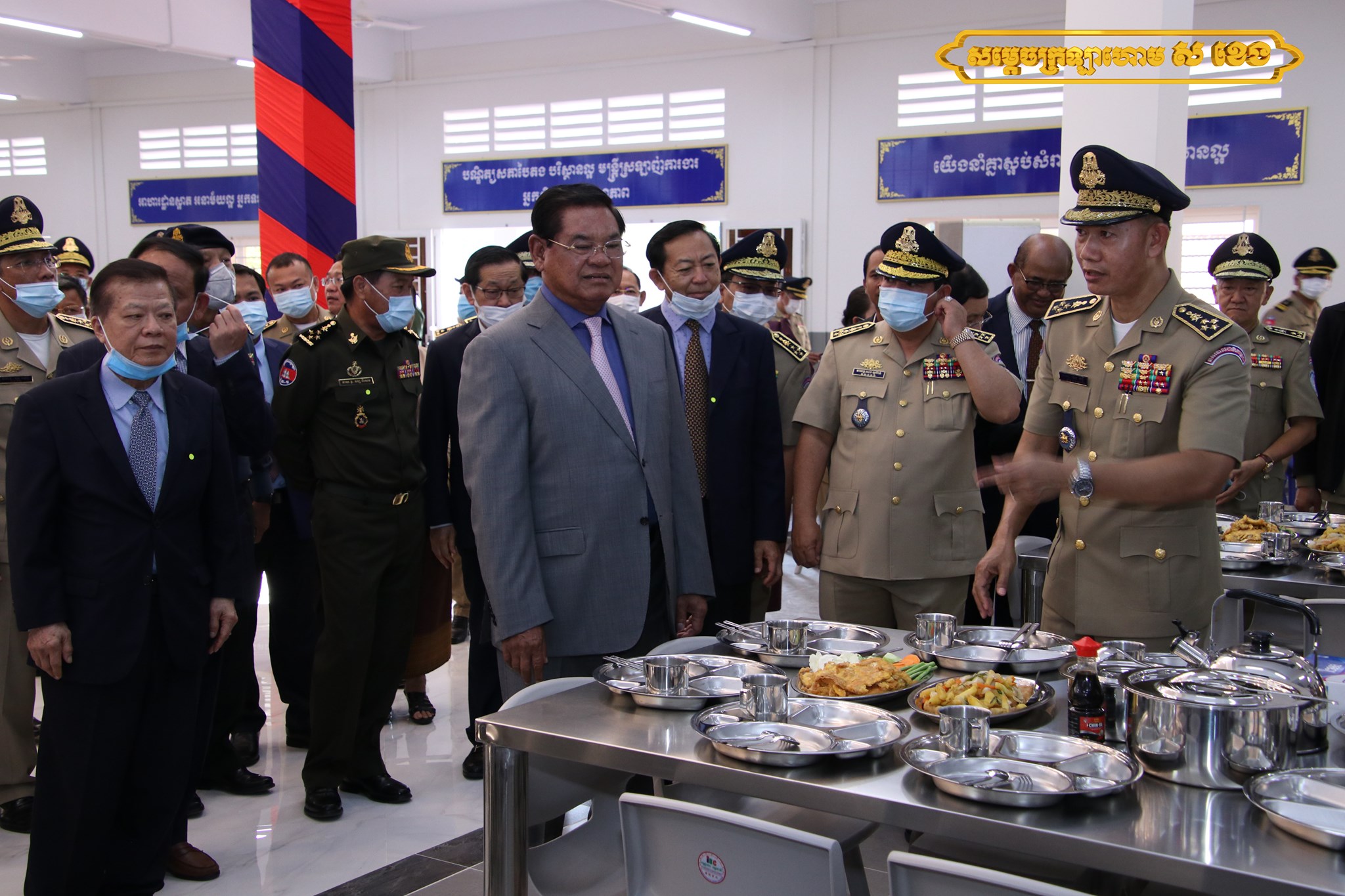 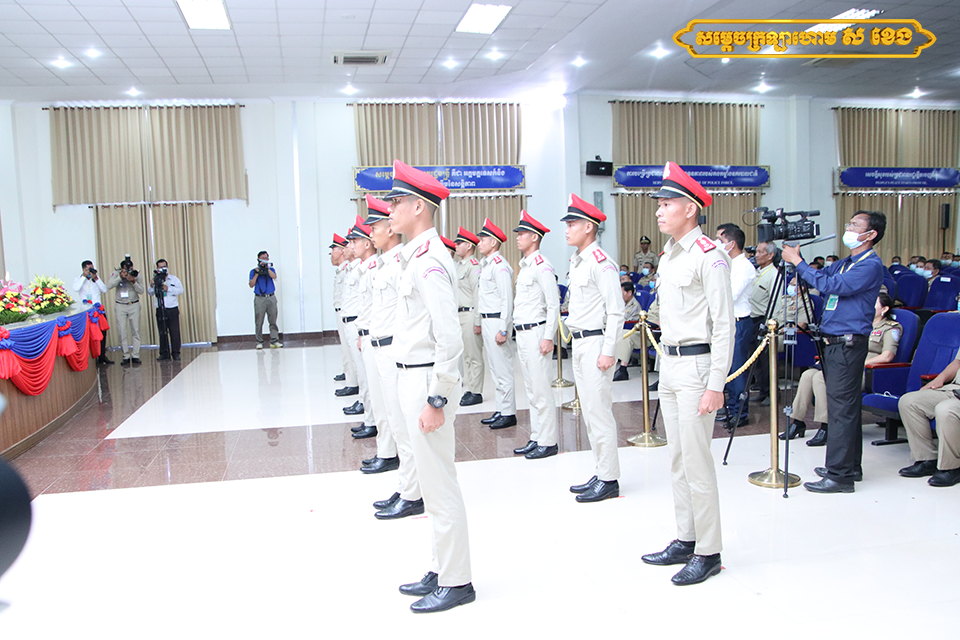 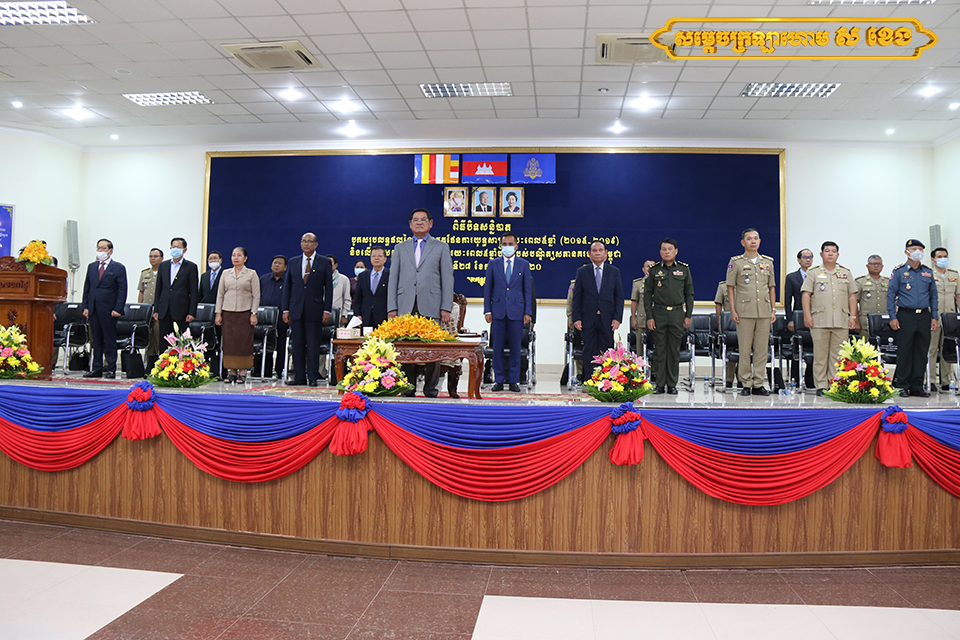 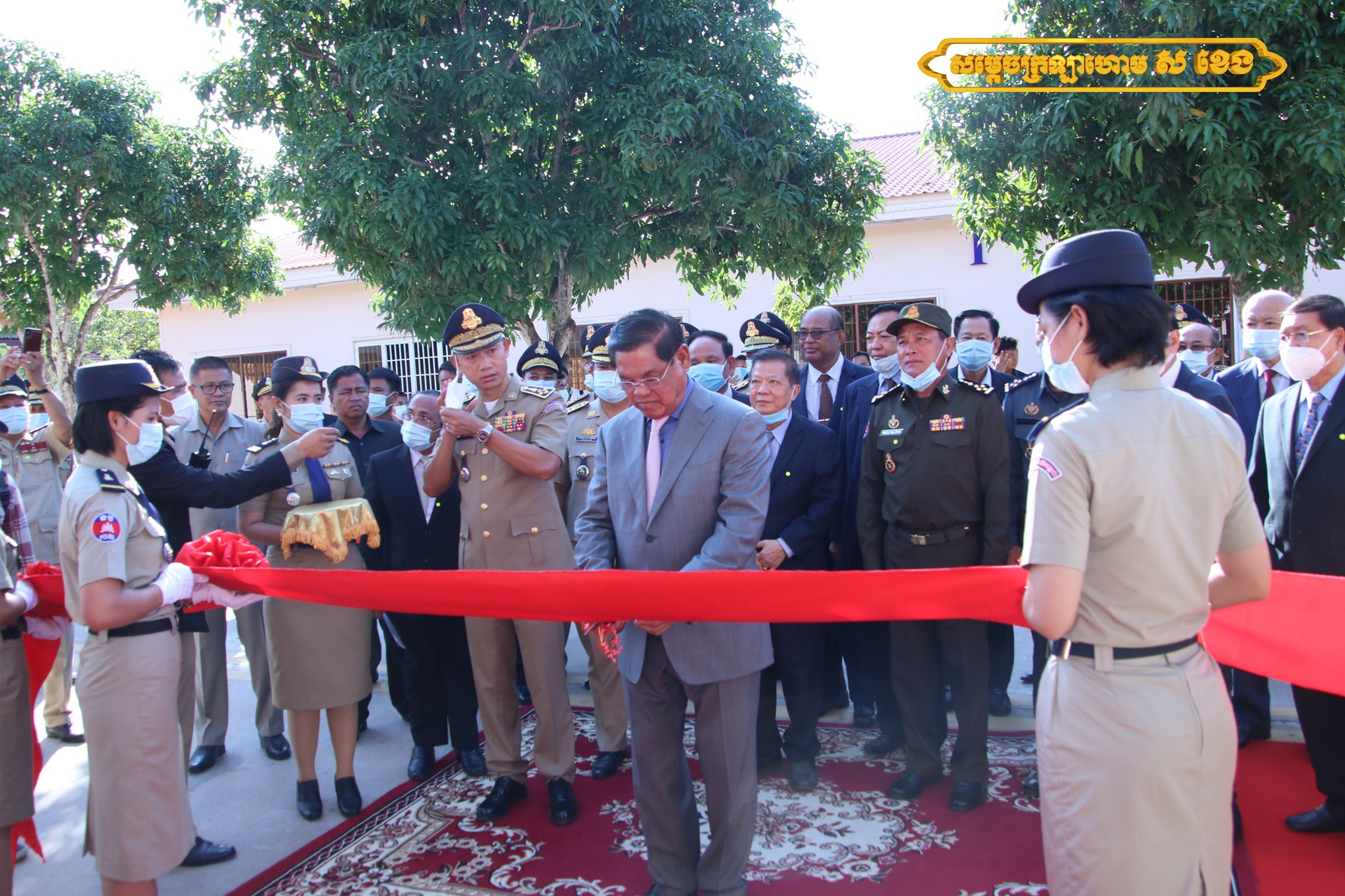 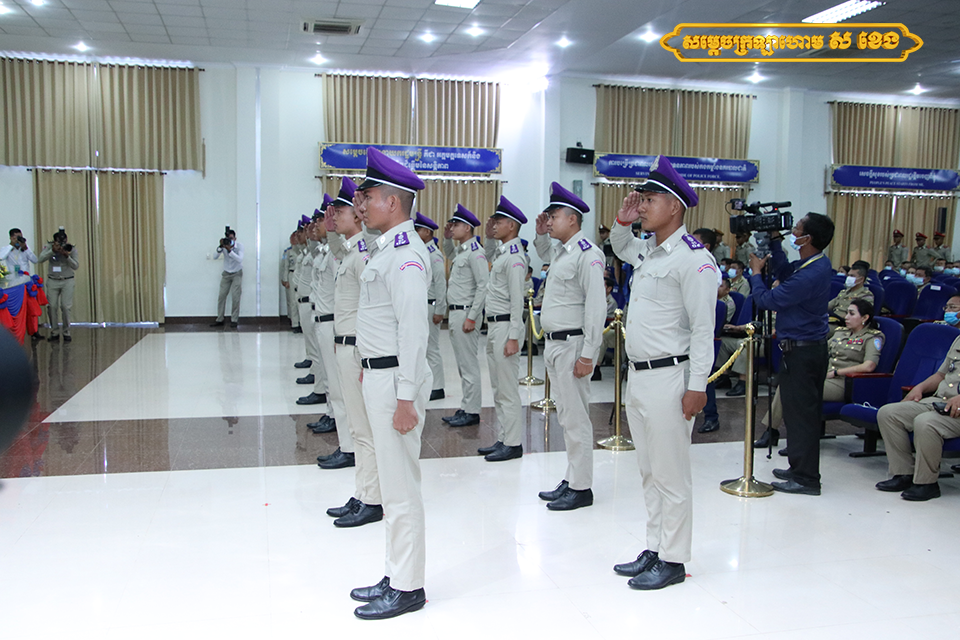 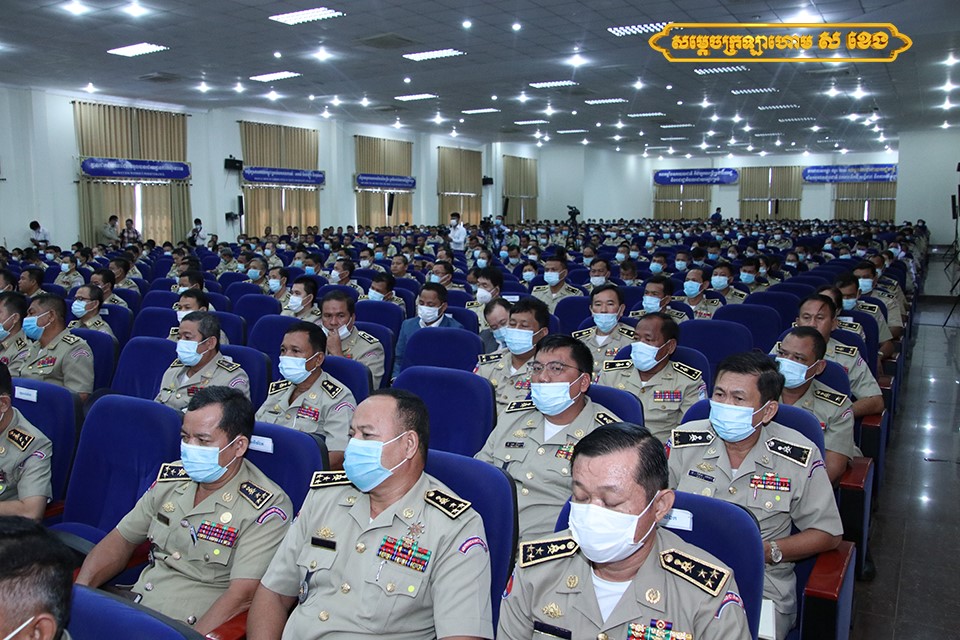