Samdech Kheng: In public forum, officials must listen to the people's suffering, not to discipline people 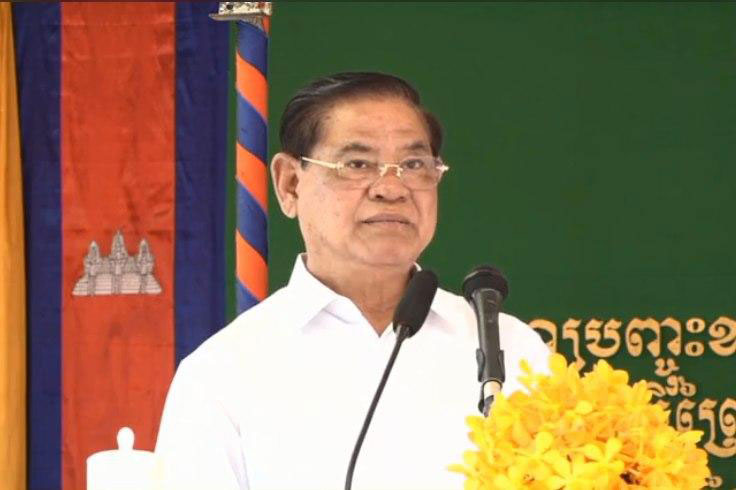 Samdech Kheng: In public forum, officials must listen to the people's suffering, not to discipline people

In front of hundreds of people in Prey Veng province, Samdech Krasaing Kheng, Deputy Prime Minister of the Ministry of Interior, had instructed all local officials that when the forum was opened, listen to the suffering of the people, not to discipline them. Because they are the most important masters.

At a ceremony to lower the Preah Vihear temple and cross the achievements in Snay Sar pagoda, Pea Reang district, Prey Veng province on March 9, 2020, he said, "Serving people means getting to know people on the ground and accepting requests." Citizens at all times.

He said that today, the head of the Royal Government of Cambodia has ordered all officials to go to the base to get their attention. Responding to these issues, the Ministry set up a grassroots team to encourage local people to attend public forums.

He said that all officials must learn from the people, not to be their boss, what is the problem? Resolve immediately.

In addition, the Minister of Interior has instructed all officials to abstain from abusing citizens who are not in their own right or against him, saying that he should treat citizens as masters and continue to open public forums.

In addition, the Minister of Interior stressed that the provincial / district level should have basic principles in place to help solve the problems of the people, not to make them more difficult.
He said the higher the role, the harder and more difficult it is to serve the people.

At the same time, Mr. Kheng Kheng said that with the climate change rapidly, stakeholders must be very careful to help the people on time and quickly, especially the people using the water economically. By: Eng Boucheng