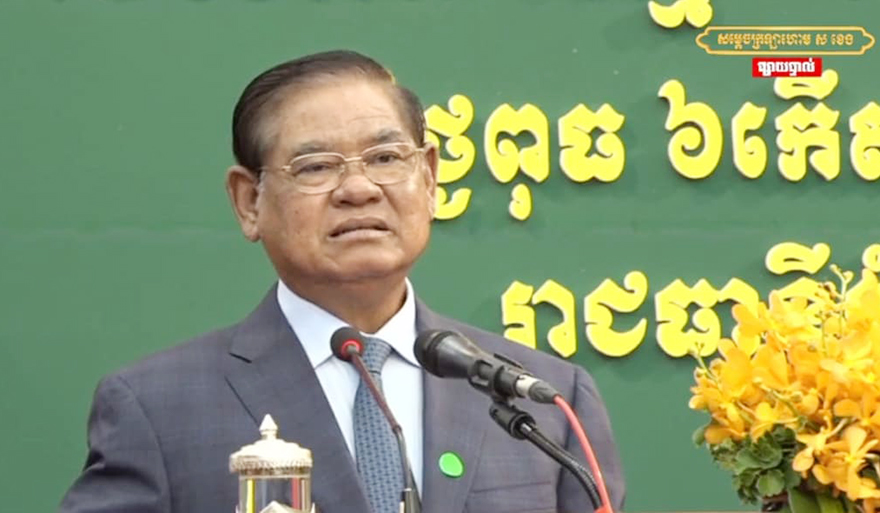 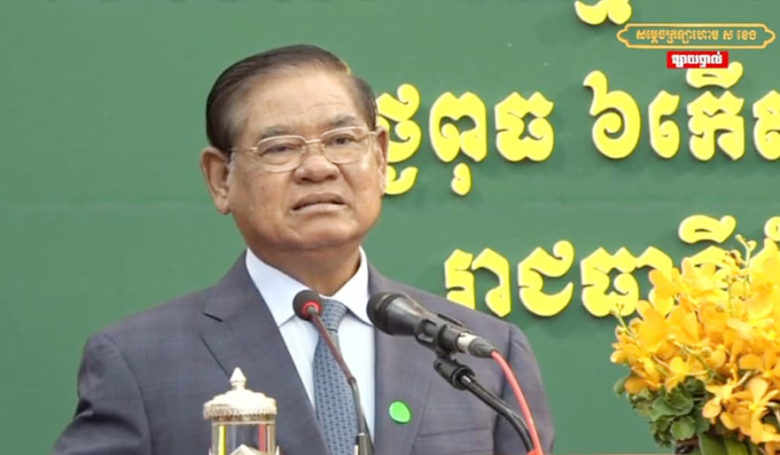 Phnom Penh: Deputy Prime Minister Samdech Akka Moha Kheng asked authorities at all border checkpoints to prevent the crossing of workers Cambodians enter Thailand because it is illegal and a case of human trafficking.

Speaking at the launch of the National Anti-Human Trafficking Report 2019 and the 2020 National Working Committee Trafficking in the morning on May 27, 2020 at the Ministry of Foreign Affairs: “Crossing the border back to Thailand We asked the border authorities to try to mobilize the forces to prevent it, especially if it was on the official border crossing. Correct him. "This is very clear, and at the moment of arrest, the mastermind is really a trader."

Samdech Kheng also asked the authorities to pay attention to smuggling workers into the corridor as they enter Thailand. It is illegal. “Those who go illegally, those who take them are even more illegal and colluding with a Thai private company is also illegal. Then I ask the authorities at the border, no matter what the competence, the military, the national police and the police. "Another thing that is involved is to work together to prevent illegal entry into Thailand."

At the same time, he said that the Royal Government of Cambodia had previously prevented all measures and educational measures to follow. All forms by direct and indirect advertising and professional measures. “We have done a lot to help Khmer people who have been working in the destination country by connecting. The relationship between the embassy or its agents, with the workers living and working there, has also helped to resolve many issues related to the casualties And worker vulnerability too. ”

Many rescue operations, including those under the age of 18, were handed over to the Department of Social Affairs And back to the family too. He also said that more than 10,000 Cambodian workers in Thailand have so far returned. The country is home to 9,000 people.

Chou Bun Eng, Secretary of State of the Ministry of Interior and Deputy Chairman of the National Committee for Combating Human Trafficking (NEC) ) Said that Cambodian people and workers entering Thailand through brokers are the new wave of human trafficking while Thailand Continued tightening in the country to prevent the spread of the Kov-19.

According to Chou Bun Eng, in the situation of Kov-19, Cambodian labor brokers are back in Thailand. The Thai government has since repatriated them. These problems, she said, cause many workers to lose their money by giving billions of baht. Also, the time for evading the police did not reach the destination because Thai authorities detained and returned to Cambodia. Returning to Cambodia must also be filed separately for 14 days.

"This is a new wave of transnational trafficking in which I am the Permanent Vice President of the National Committee for Combating Crime," she said. "Trafficking is appealing to all working groups, especially at the sub-national level, to increase their awareness and implementation with the Royal Government."