Samdech Kheng: A request to delay the bank's debt is not possible 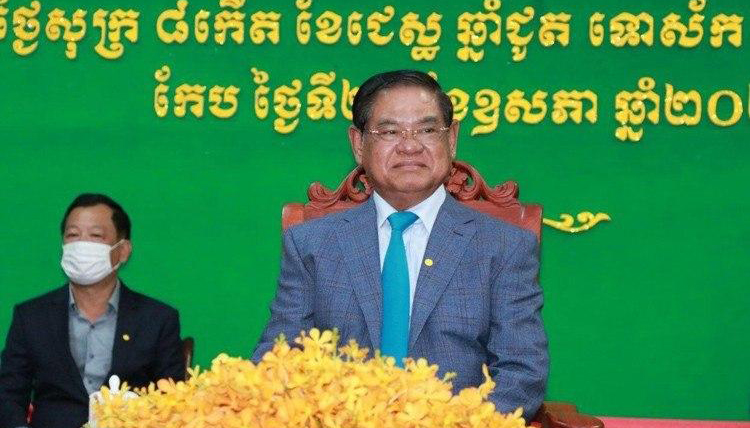 Samdech Kheng: A request to delay the bank's debt is not possible

Phnom Penh: After exiled opposition officials ask the government to suspend or delay bank debt for 3 months Not at all.

Radio Free Asia recently released that ex-opposition party officials have urged the government to take effective measures to delay or delay repayments of Khmer debts for at least three months. And while millions of Cambodians are struggling to survive due to Kov-19.

At the inauguration ceremony of the governor of Kep province on May 29, 2020, Mr. Kratie said that Cambodia is currently suffering from the disease Kov-19, causing overseas politicians to take the opportunity of Kov-19. Attacked the Royal Government of Cambodia.

He explained that Cambodians are leaving for work abroad, especially in Thailand, and that nearly 100,000 return to Cambodia because Kov-19 left some people unemployed. He said that the lives of the people of the Royal Government have been taken into account in order to solve these problems.

"At the same time, they are raising debts, taking on debt and even demanding repayment," he said. This is propaganda impossible because when it is due, it must be repaid only that it is now properly postponed so that it can be repaid. "

"If the borrower does not repay the loan, and wherever it is not, then I would like to emphasize that the dissemination of information is necessary, we must constantly monitor and publicize the information," he said. In particular, people let you understand about this (bank loan issue).

If he does not explain to the people, they will confuse the bank and affect political stability.
He said that the cops must continue to solve people's problems, not be underestimated, get clear reasons and legal procedures.

"If not resolved, the opposition will attack the Royal Government or the sub-national government," he said. However, the resolution must adhere to a non-violent approach to peace, leading to longer-term problems that will never end.