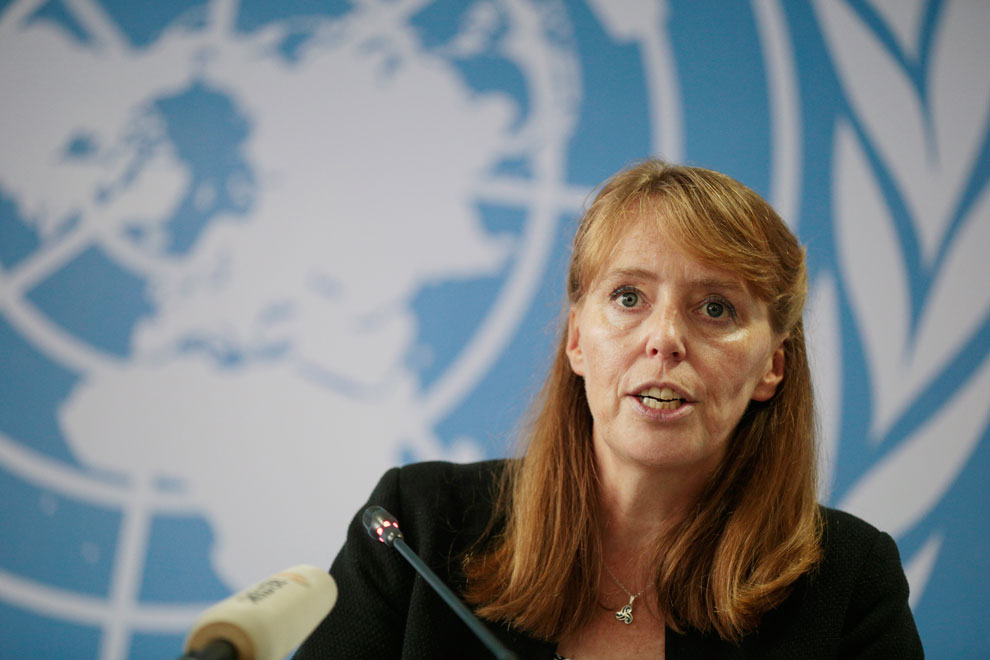 
Phnom Penh: The United Nations Special Rapporteur on Human Rights in Cambodia, Ms. Rona Smith, has positively praised the Royal Government of Cambodia in Efforts to address human rights issues, freedom of expression, measures to prevent the spread of Kovid 19 and judicial reform in Cambodia.

In the announcement of the results of the CCHR meeting On August 25, via video, Rona Smith spoke highly of the Royal Government's efforts and positive appreciation. Government. She also encouraged continued efforts with this positive result.

At the same time, she also expressed her concerns and made some recommendations to the Royal Government, such as preventing the dissemination of information. False and misinformation related to Kovid 19. Preparation and amendment of a number of laws with the participation of stakeholders and in accordance with international human rights principles, the Law on Associations and Non-Governmental Organizations Government. The draft law on public order and the draft law on the establishment of human rights institutions.

Rona Smith is also concerned about restrictions on freedom of expression and assembly, but she does not support rallies that violate the law. Others cause racism, violence and unrest, affect public order and social security.

Chin Malin, vice chairman of the Cambodian Human Rights Committee, told the Post yesterday that the meeting had yielded positive results and Lots of understanding.

"What we can assess is that Rona Smith seems to have a better understanding of the situation and the realities of reality," he said. It happens in Cambodia, and especially the legal basis and legal measures of the authorities that have been put out in the past.

Mr. Chin Malin added that this meeting is a good opportunity for Cambodia to explain in detail on a legal basis related to the situation of some events. There have been arbitrary allegations of human rights abuses.

Ms. Rona Smith understood and listened carefully to Cambodia's interpretation, and she appreciated the progress made. Positive of the human rights situation. But he still has some concerns as stated in this declaration, but these concerns are that Cambodia is seeing the same thing and is Implement and work on a series of solutions.

CCM And inter-ministerial will consider Ms. Rona Smith's concerns and recommendations and will continue to work together to improve the human rights situation in Cambodia is getting better.

"We accept his suggestions and concerns and we will continue to work together to "Improve the human rights situation in Cambodia."

Pa Chanroeun, president of the Institute of Democracy of Cambodia, sees Rona Smith's positive assessment as just acknowledging the government's efforts to Preventing and resolving Kovid 19 problems. It is a point that the people recognize the efforts of the Royal Government to prevent the spread of this disease that can not be denied. . But the issue of human rights abuses in Cambodia has not improved.

"As for the human rights situation and the decline of the democratic process in Cambodia, this is an indisputable fact," he said. The European Union (EU) has also decided to withdraw 20 percent of the EBA from Cambodia due to serious human rights abuses and "Systematically."

He said he did not expect the Cambodian government to follow Rona Smith's recommendations unless she was convinced. He said that only citizens, civil society organizations, as well as UN human rights agencies continue to monitor and demand that the relevant authorities, including human rights officials. By its promise to promote respect for human rights and the democratic process in Cambodia.