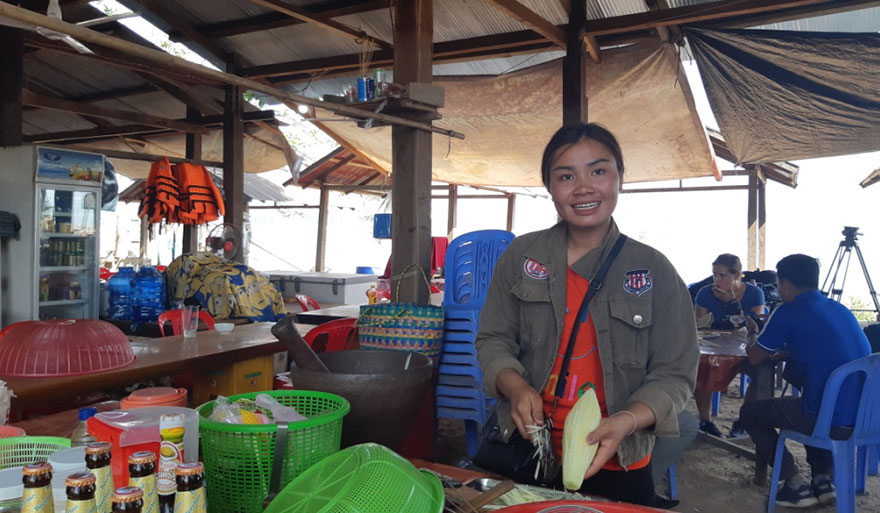 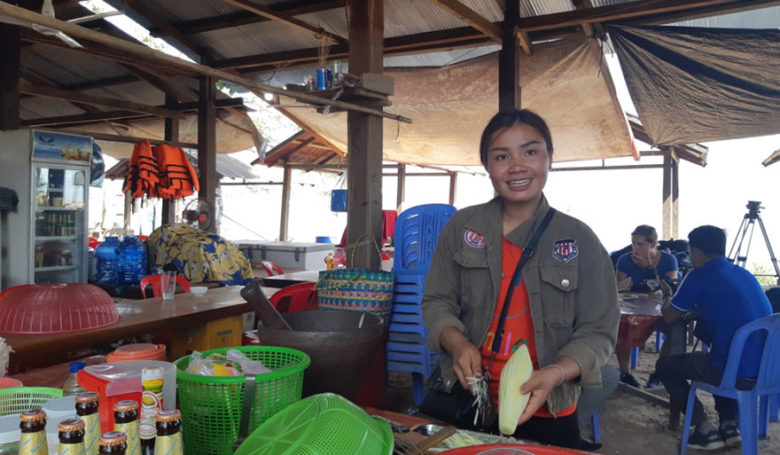 Traders in Preah Vihear Ecotourism community in Borei O'Shany Chey district have expressed concerns regarding the drought. Livelihoods After Brotherhood's Income Has Dropped A Largely Due To Depletion Of Tourists To A Tourist Site This.

Thida, 32, lives in Anlong Svay village, Preah Rumkel commune, a papaya rice seller in Preah Rumkel community. February 6, 2020, that his current trade is unbiased and income is Falling every day for the past 3 years because of the scar Many tourists visiting the last 3 or 4 years ago.

"The tourists are here to see the dolphins, which previously had between eight and eight," she complains. 9, but now there are only three. ” She said the decline in river dolphins in the tourist area, she thought, may have been due to the construction of the Vari Don Sahong Hydropower in Laos, as dams could be interrupted by rockets and accessories The dolphin causes the dolphins to move and move to other streams. "The loss of the dolphin causes a decrease in foreign and Cambodian tourists, while foreign tourists visit the dolphins in the territory," she said. Laos, ”he said.

Pa Phoeun, 55, a representative of the Preah Rumkel Community-Based Ecotourism community, said that the community could now sell tickets. From 600,000 Riels to 700,000 Riels per month and 3 or 4 years ago can earn from 1.5 million Riels to 2 Million Riel per month. Before 2010, there were eight dolphins in the canyon, but the rare ones were lost. Subsequently, there are currently three large dolphins remaining under the preservation of the Preah Rumkel community and the river guards.

Three dolphins migrated from Khmer to Laos during the dry season and migrated, he said. In the rainy season, tourists can travel by boat or kayak for dolphins in Laos. Lao tourists can also visit Cambodia as the dolphins move back and forth.

Pa Pho notes that three dolphins move upstream due to the construction of a dam in the 500 block Metrics from dolphin habitats, canyons, canyons, and fishing enclosures around conservation canals complicate hunting. Of dolphins.

However, dolphins are endangered by the main transit areas where fishermen are rich in both Lao and Khmer fishermen. Fishing nets and other fishing equipment, for the two peoples are accustomed to fishing on the river, in the lines of the two countries' territories. That's the Preah Rumkel community He urged authorities and relevant institutions to find ways to conserve dolphins in the Anchorage Conservation Area to ensure sustainable tourism in the region and Toward a future extinction of dolphins in the canyon of Preah Rumkel community.

More than 30 species of dolphins live in the province, said Tum Nhor, director of the Stung Treng Fisheries Administration District. The four canyons are three in Anlong Veng district and the other is Anlong Ochheuteal in Preah Rumkel commune, Borey district. O Svay Sen Chey. Dolphins are important to attract national and international tourists, if dolphins are already in the canyon. Tourists also slowed down that way.

He continued, therefore, to the residents of the area, please take care of one another, do not use illegal equipment near prohibited areas in the area The dolphin is living for the dolphins to attract more national and international tourists. Edited by: Sokhuk