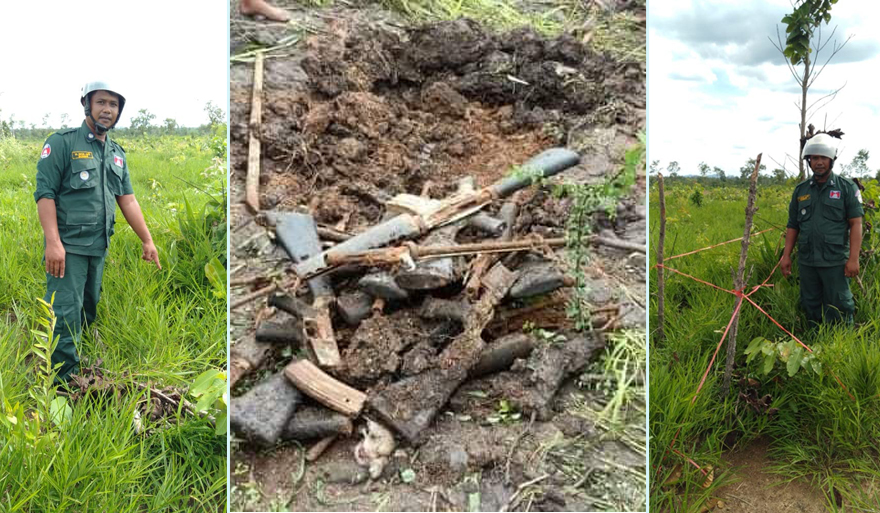 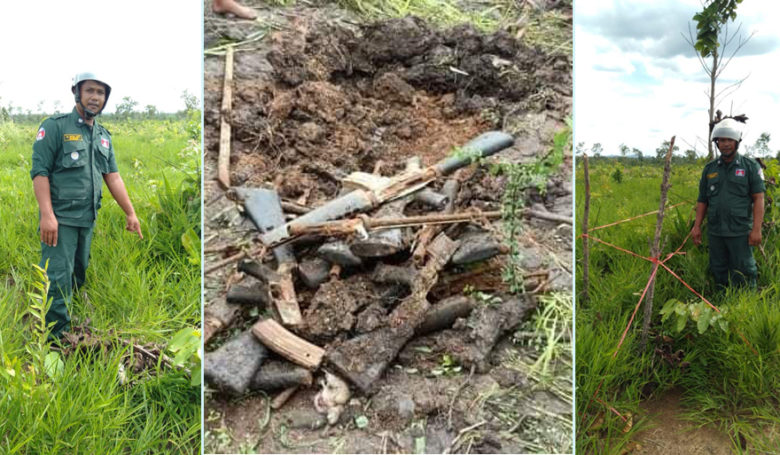 Kampong Chhnang Province: A surprise happened at 8:10 am on August 1, 2020 after people saw Ten M16 firearms were damaged, along with some bullets, while a villager was plowing a field.

Pal Choeun, police chief of Kampong Leng district, said by telephone that some villagers had plowed their fields and touched weapons and landmines. Certainly on the morning of August 1.


He confirmed that the weapons were 10 M16s and some bullets were completely damaged at that point. It is a flooded area and these weapons can be buried from the war era.

However, to avoid accidents, these weapons and ammunition have already been confiscated by the administrative police and stored in a safe place. .