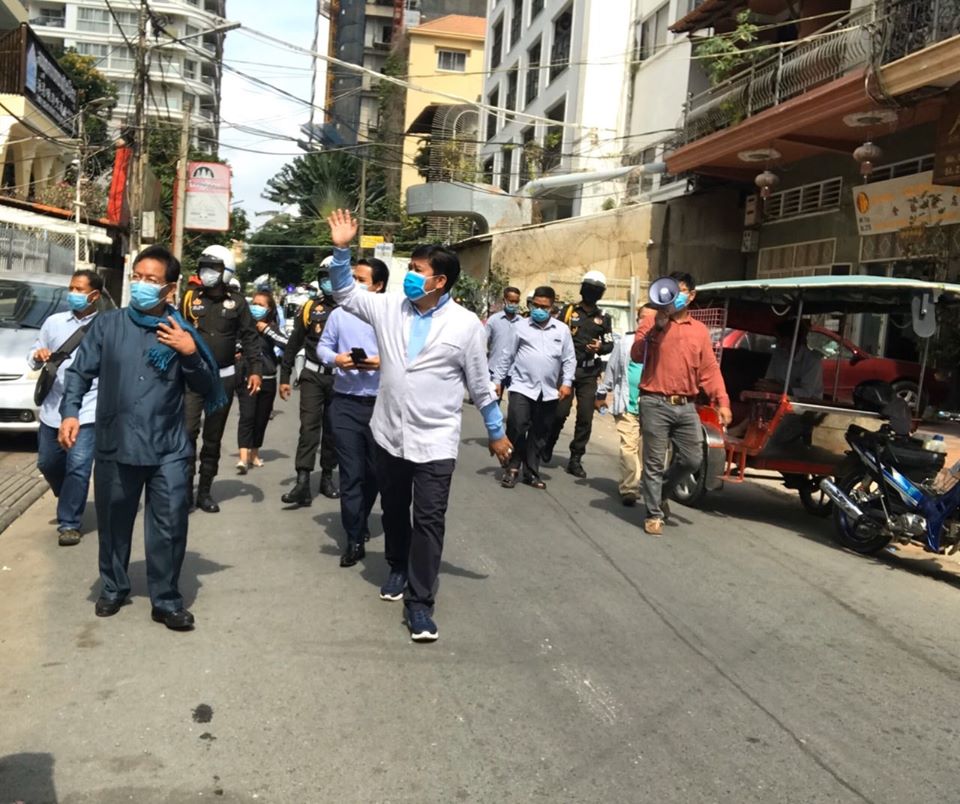 
The media has reported that There was an outbreak of Kov-19 in Boeung Keng Kang 1 until the commune was suspended. In connection with the above allegations, the Boeung Keng Kang district administration would like to completely dismiss this information and confirm that there is no closure or suspension Boeng Keng Kang 1 commune. 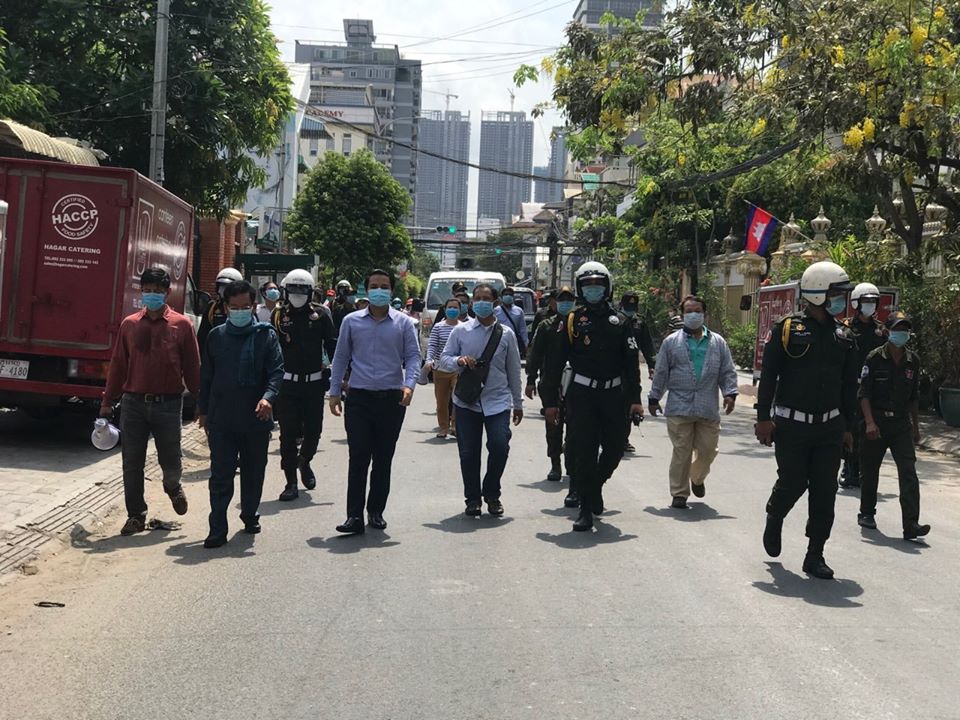 
Boeung Keng Kang district administration appeals to all citizens not to believe the information of some unintentional people who are intentionally incensed Given this difficulty, have confidence in the government's information dissemination, especially on the Ministry of Health's only official source, the official source of information. This is a coronavirus-19 Have the residents of Boeung Keng Kang district do business as usual according to the Royal Government's instructions and good hygiene as recommended. Of the Ministry of Health.

According to media reports, residents living in Boeung Keng Kang I commune near the Vietnamese and Canadians infected 19 To test for hospital virus after Ministry of Commerce found the source of the two cases, Announce the above information.

“The fake news is poison, the Ministry of Health has rejected it completely. Don't believe it, thank you. ”

According to VOD website, a senior Ministry of Health official appeals to residents of Boeng Keng Kang I commune near The Vietnamese and Canadian nationals infected with the Kovir 19 virus have been tested for hospital virus after the Ministry found a source of human infection Both have yet to see that. So far, the ministry has not found a source of the virus that has infected 19 people. Vietnamese women and Canadian men (originally Chinese). He appealed to residents to live in areas where Vietnamese and Canadian men and other residents of suspected locations were infected The disease is being tested at Khmer-Soviet Friendship Hospital and Chak Angre Health Clinic.

Lieutenant Colonel Sim Piseth, the police chief of Boeung Keng Kang, refuted some false news that the first Boeng Keng Kang commune was closed. There are no closures. In order to make the public clearer, on the morning of April 17, 2020, the Boeung Keng Kang Police Inspectorate participated in a joint operation under his leadership. The district governor, in order to disseminate the information to the people, especially advised the people to listen to the instructions of the Ministry of Health, do not believe the information Some Uncertain sources, especially, must be regularly sanitized, reduce the assembly to prevent and prevent the spread of the HIV virus. By: Wisdom 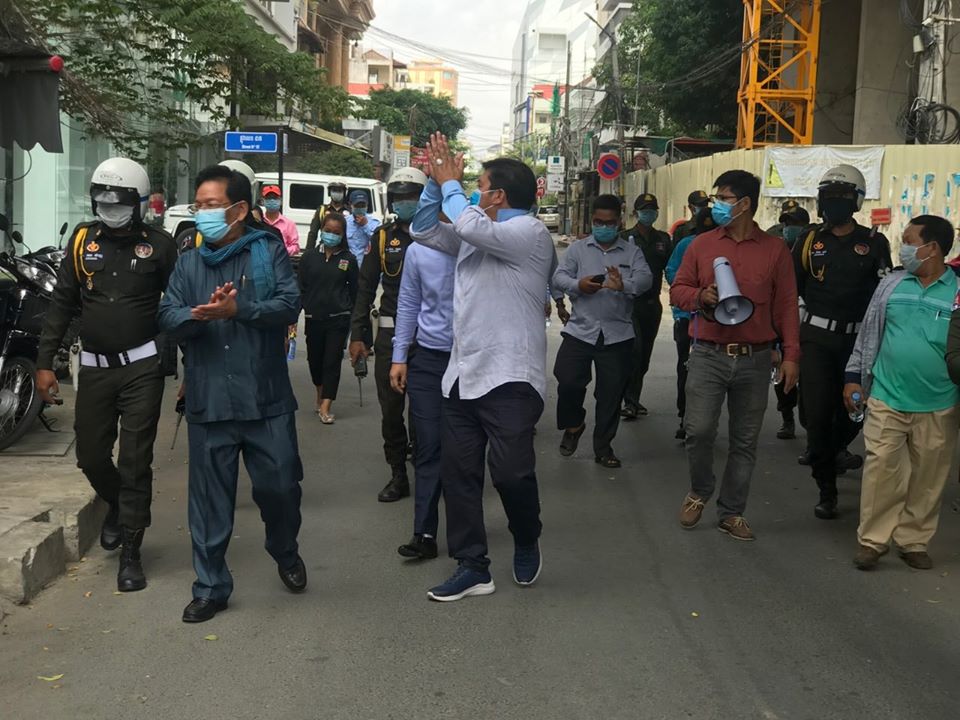 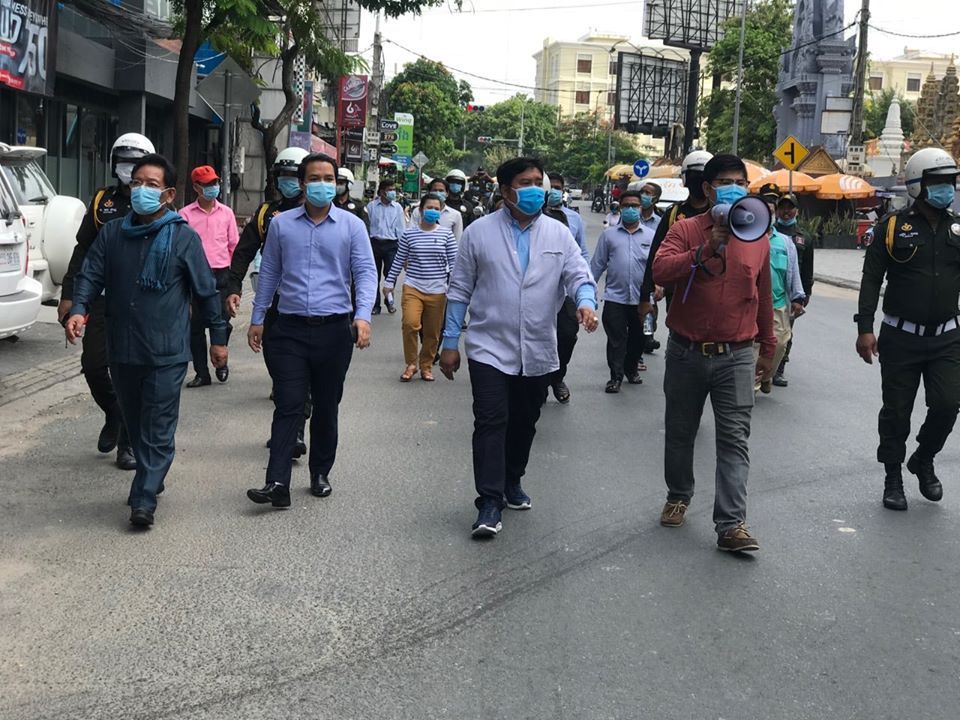 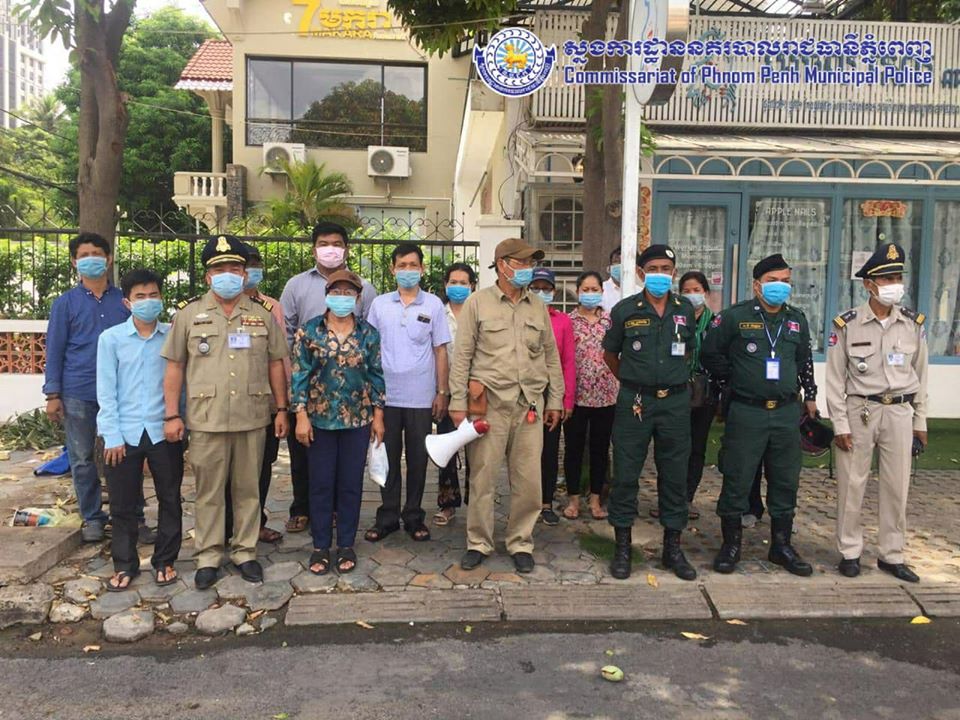 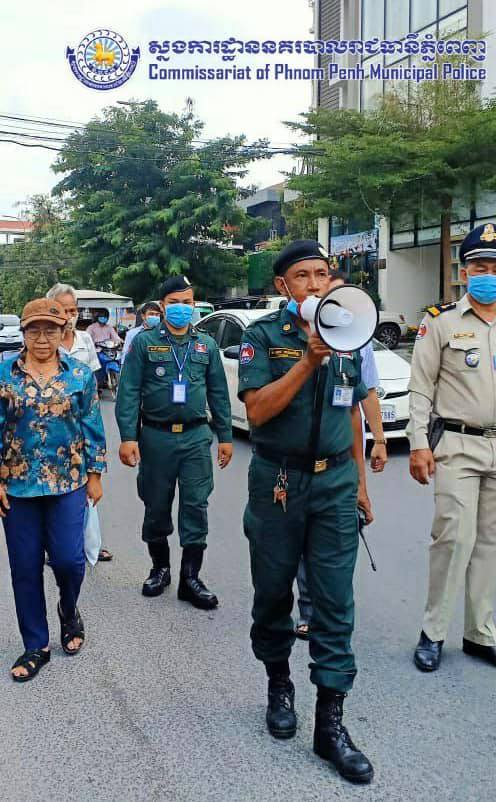