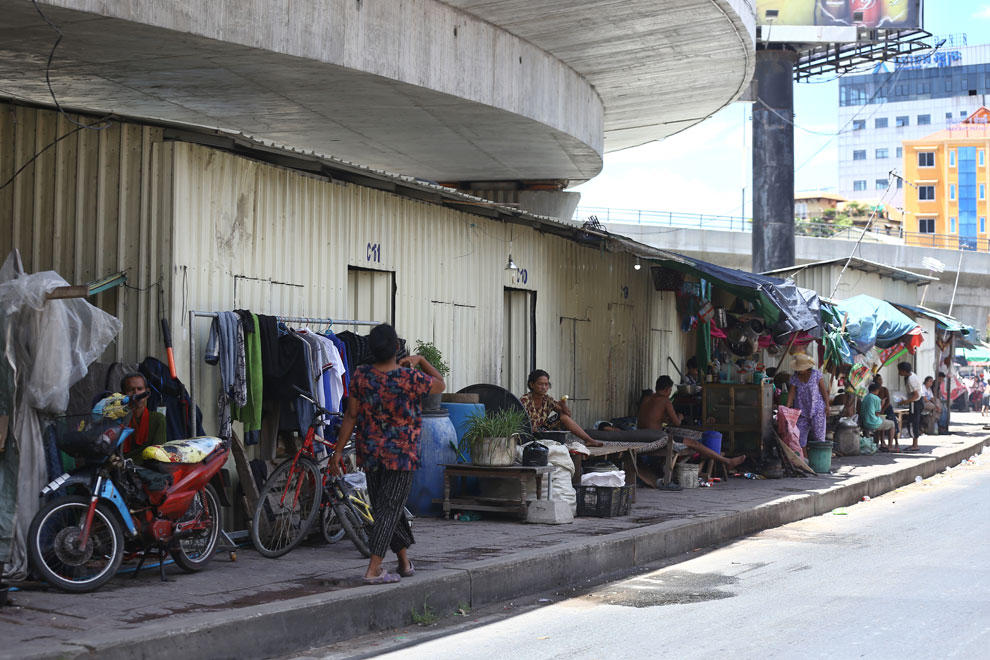 
Phnom Penh: In just over two weeks, about 150 families living temporarily under the Stung Meanchey flyover will move to live on land Legal ownership located along the Stung Meanchey canal. This is according to Mr. Khuong Sreng, Governor of Phnom Penh.

In the workshop on “Dissemination of Community Database Study Report on Stung Meanchey Canal and Strategic Planning for Supporting in the Field of Planning” Urbanization and Land Management ”which took place on the morning of July 13, 2020, Mr. Khuong Sreng said that in the past two decades Phnom Penh has developed in all areas with economic growth, vehicle growth and significant population growth.

He added that at the same time, the migration of people from some provinces to live in Phnom Penh to do business and work. Others have also increased dramatically, with some residents settling on state public land. In fact, the Stung Meanchey canal was flooded by 562 families, blocking the flow of water and causing flooding. Flooding in the west of Phnom Penh.

Mr. Sreng also mentioned that around this challenge, the Phnom Penh Capital Administration has instructed the sub-national level to organize poor community development programs. Progress in line with the Royal Government's Sustainable National Strategic Development Plan to reduce poverty in the community Nationwide bases to be achieved by 2030.

"At this time, the project to rehabilitate and improve the Stung Meanchey canal system and the side roads of this canal will be completed," he said. Completion by the end of July, which will allow the poor families who are temporarily living under the roof of the tin house under the Stung Meanchey flyover In the past, they went up to live on their land on both sides of the canal. ”

Srey Mao, 22, who is currently living under the Stung Meanchey flyover, told the Post on July 14 that her family She and other citizens are ready to move back to live on their land according to the guidelines of the Capital Authority. Phnom Penh.

"Of course, our family could not afford to build strong houses in accordance with technical standards, but we were ready," she said. And to live on our legally owned land according to the instructions of the Phnom Penh authorities in the near future "

At the same time, Ms. Srey Mao also thanked the Phnom Penh Municipal Authority for arranging a galvanized house with water, electricity and Security system under Stung Meanchey bridge for the poor families in her community [Stung Meanchey community] to live temporarily Past.

Recently, the Phnom Penh Capital Administration has settled with about 100 families, equivalent to 87 houses in the Banteay Sleuk community, where they Has lived on Public Road 434 in Village 4, Sangkat Tumnup Teuk, Khan Boeung Keng Kang for more than 20 years. Phnom Penh Authority has given legal land ownership to the families of the poor people with a new plot of land measuring 4 meters by 15 meters per The back of the house is located in Vihear Sour commune, Khsach Kandal district, Kandal province.