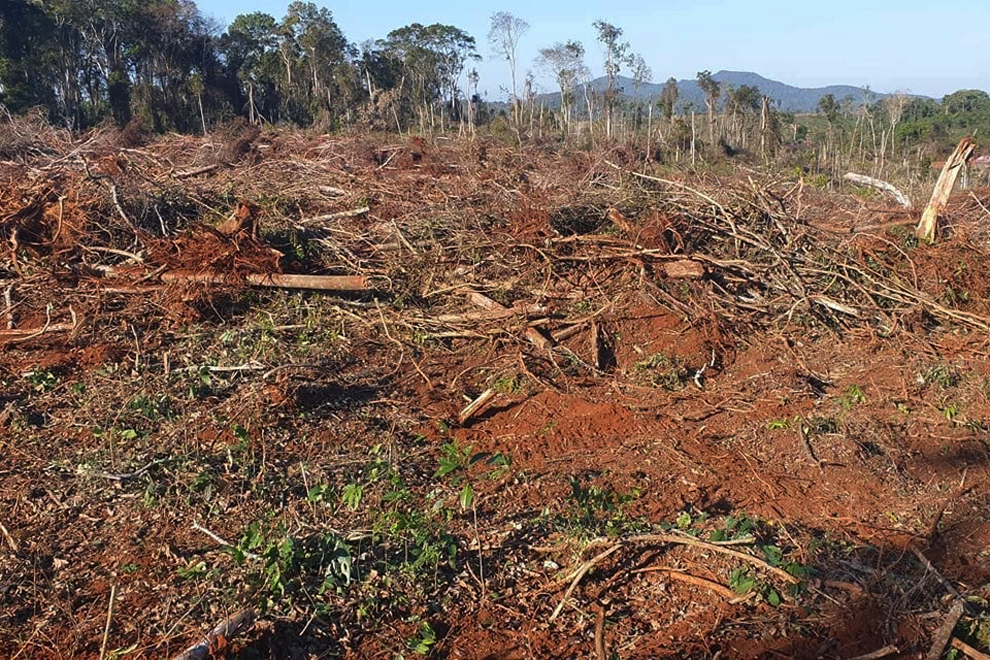 
Curie County Mondulkiri Provincial Court is in the process of summoning two suspects to testify over the case of renting 5 villagers Into the clearing of forest land in the northeast biodiversity conservation corridor in Koh Nhek district, last week, as five villagers were injured. Temporary release. According to a spokesman for the Mondulkiri Provincial Court on February 18.

Meas Pros, 34-year-old resident of the village, told the Post that Huy Hour, 34, was from the village. Rainsy commune, Koh Nhek district, and Mr. Kran Kapip, 31, of Rokak village, Ror commune, Koh Nhek district, are suspected of clearing forest land. At the conservative corridor, j Northeast biodiversity. Five accused that the two suspects were behind in hiring them to clear the forest in the That area.

Authorities also sent a case to the Mondulkiri Provincial Court on February 13 for further proceedings . But on February 14, the court temporarily granted them bail after they said they had been named Huy Hour and Kang Kapip were hired to clear the forest in the above geographical area.

According to the suspects, according to the five suspects, they were just hired to clear the forest for Huy Hour and Ko Ke Kap for the purpose. The only way to earn a living for a family is not to encroach on the state's forests. That is why the court has ordered the release of the five of them on bail temporarily under court supervision. " .

“At this time, the court is in the process of preparing the summons and summoning the names of Huy Hour and Mr. Kear Kapal for questioning on the case. [Renting villagers] clearing state forest land in the northeast biodiversity conservation corridor in Yeay commune, Koh Nhek district.

However, Keo Sopheak, director of the Mondulkiri Environment Department, was unhappy with the decision of the Mondolkiri Provincial Court to release the suspect. All five were temporarily released or placed under judicial supervision.

“Of course, the five suspects were arrested by our rangers,” he told the Post on February 18. The real culprit is the fact that they were in the act of clearing the forest in the northeast biodiversity conservation corridor in the village. The island district of Koh Nhek, where the activity was It is a tier 3 natural resource offense that carries a prison sentence of two to five years. ”

However, he said he could not dispute the decision because it was the court's "discretion". But he urged immediate action on the mastermind behind the land clearing Northeast Biodiversity Conservation corridor.

Because in the past, some people have criticized that his rangers have been criticized by some villagers and forest activists for giving up. There are forest and wildlife offenses in the area, biodiversity conservation areas and corridors, a natural resource protection system in the province .

Regarding the case, the spokesman for the Mondulkiri Provincial Court, Mam Vanda, said that the court is now accelerating its proceedings in Summoning the summons, Mr. Huor Hour and Mr. Keng Kap, who are suspected as ringleaders in the crime. The five suspects, though released on bail, are not exempt from the charge They are under investigation by the court.