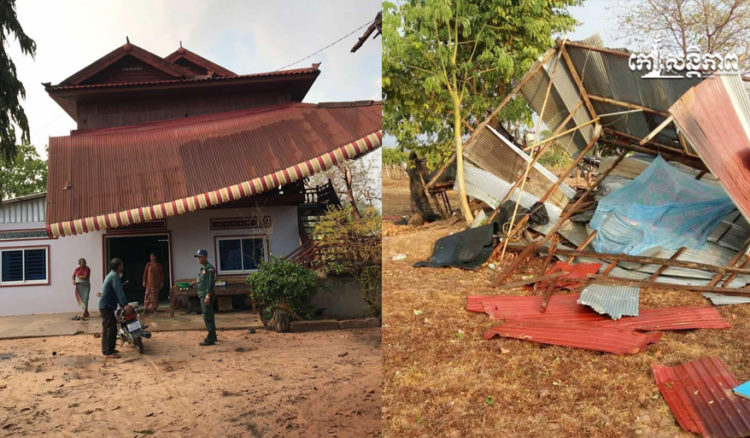 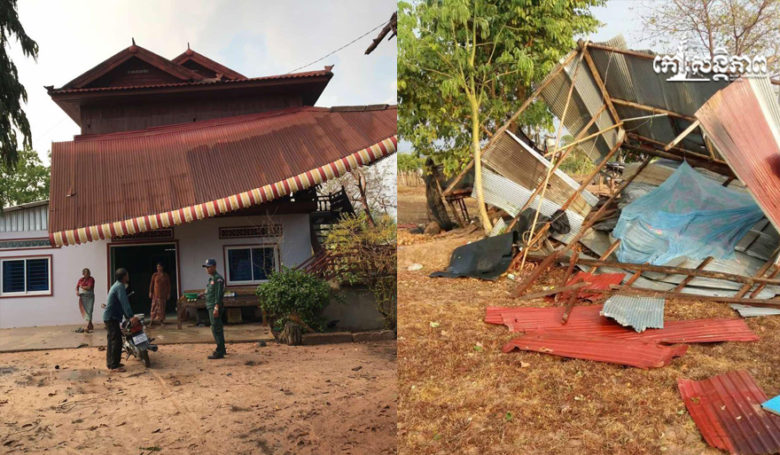 Siem Reap Provincial Police, Colonel Tep Mae Sen, told the Koh Santepheap Agency at 10 am March 29, 2020: At 6 pm, March 28, 2020, it rains and A gale force winds have affected and damaged many homes In three communes in Pouk district.

He added that in the affected part of the rainy season, the storm caused the house to collapse. In three communes, Lavea, Sor Sor Sor, and Trinh Trong communes caused the collapse of two houses and 31 roof openings. And a house fire of 8 meters by 9 meters On the other side of the roof, there are: 1 Lava commune, three houses in Toul Leng village, 2-pillars, storks, wires, fire, bedroom, some utensils and $ 500, but extinguished by law enforcement. In time, one roof collapsed and one house collapsed in Damnak village Nghi commune, 4 hamlets affected There are 27 houses (6 meters by 7 meters) with 27 houses.

Currently, the district police chief has reported to the governor of Pouk and to the CRC branch of Siem Reap province to provide material and supplies. Food and some money were also provided to them. (Editing by: Thida)