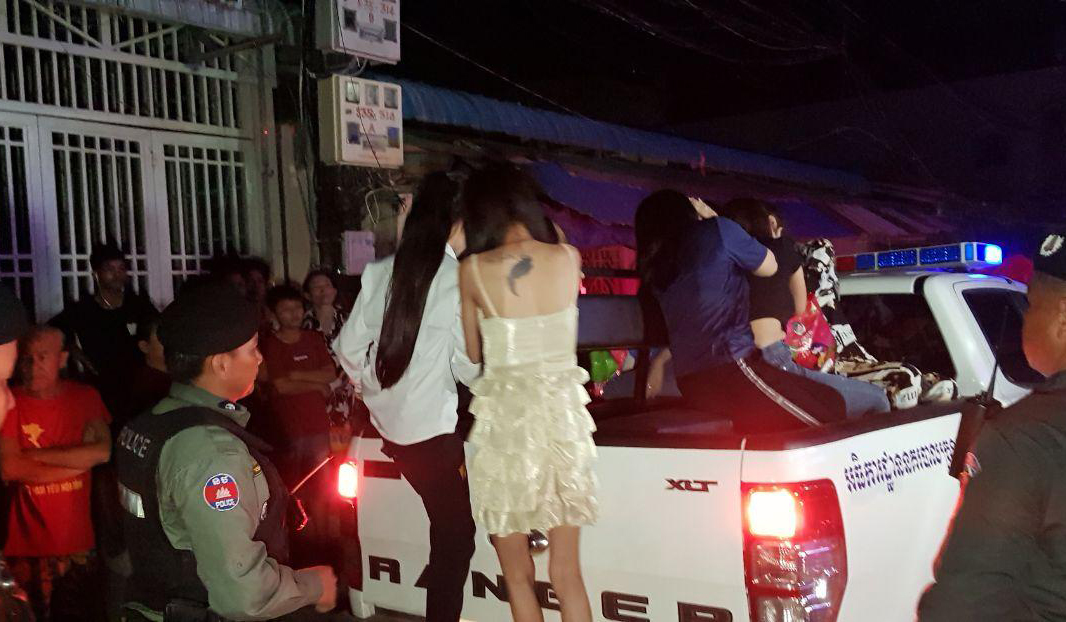 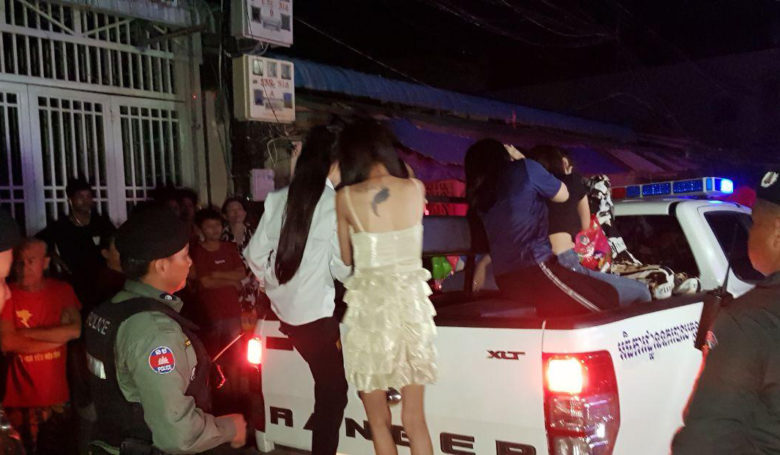 Preah Sihanouk Province: Just before midnight on July 16, 2020, the police raided and cracked down on foreign sex workers. A place at Phnom Khiev in Sihanoukville's No. 2, which is called China, with more than 30 men and women Foreigners, including Chinese, Vietnamese and Russians, were detained for questioning and further action. Procedures.

According to Colonel Tey Visal, Sihanoukville Police Inspector, the crackdown was under the direct command of Major General Chuon Narin. Provincial police, in addition to detaining several suspects involved, police confiscated some exhibits, and the location of the sex trafficking business was also Also closed immediately.


Police in Sihanoukville have arrested 30 people, including a woman, in connection with a crackdown on sex trafficking. 15 people were interrogated at Preah Sihanouk City Police Inspectorate
Nu.