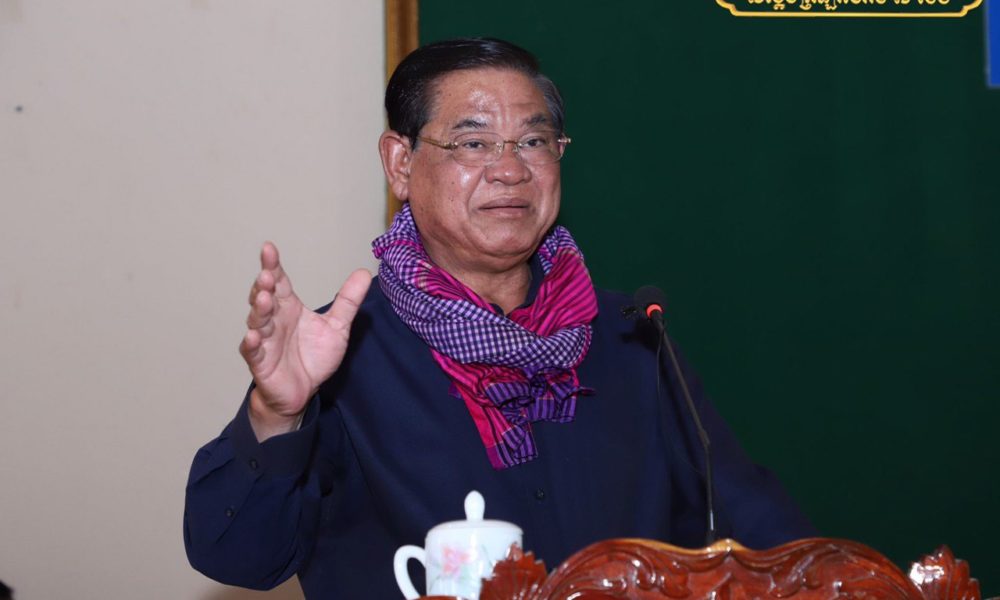 Phnom Penh: Samdach Sar Kheng, Deputy Prime Minister of the Ministry of Interior, has instructed the border gate authorities to clearly record the identity of people returning to the country in order to secure the search. Them if there is any problem.

During a meeting with officials of the organizations and institutions working on the border gates of Battambang and Pailin geographical areas on March 25, 2020, Prince Kheng said that Cambodian people are free After work in Thailand began its return to Cambodia a few days ago, it has made border border authorities difficult Their health checks when crossing the border.

As they arrived in their homeland, the prince asked Prime Minister Samdech Akka Moha Sena Padei Techo Hun Sen to advise the provincial, municipal, district and village authorities to govern. Attend them and ask them to stay separate for 14 days.

"It is advised that the border gate authorities should clearly record the identities of those who have returned to the country in order to secure a search for them if there is any problem with them at the same time," he said. Try to discuss with the Thai side to avoid being allowed to cross the corridor which is difficult to check and determine Their identity is to set a clear gateway for the return of our Cambodian people, ”he said.

“If there are Cambodians, we continue to return to the country – the government, we cannot prevent our people from returning,” he said.

In addition, the Minister of the Ministry of Interior advised them to greet them with courtesy, courtesy, gentleness and gentleness, but with strict medical procedures to ensure the safety of them and their families in their homeland. There is also good cooperation with the provincial authorities on the Thai side.