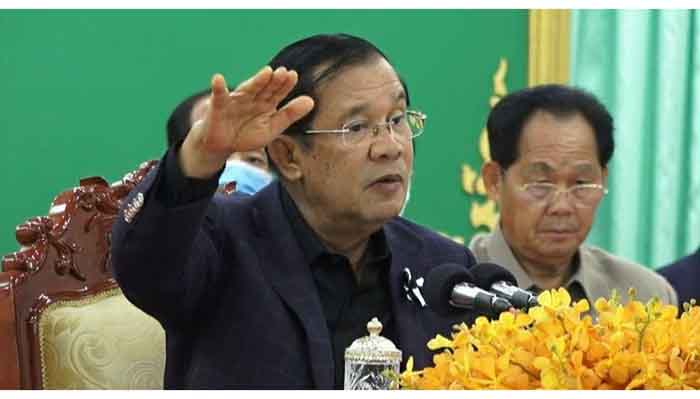 At a meeting with civil servants and technical team on road infrastructure in Sihanoukville, Preah Sihanouk province on June 1, 2020, Samdech Techo Hun Sen said: “The government can cancel any plots that occupy the coast It's illegal in Sihanoukville, no matter how powerful or how big or how strong you are. ”

He said that he did not know of any information about the proposed ownership of the royal property, which the officials had been planning to occupy. He said that the state had to occupy the coastal area 110 meters from the coast. To preserve the beauty of Cambodia's beautiful beaches in public service and tourism.

“Before, we could not connect between Otres Beach and Ochheuteal Beach because of illegal occupation of land on the beach, but I would like to confirm that I met with a landowner and I I also thank him for cooperating with the Royal Government, but if I do not do so, it is in the public interest to do so because they never go to the mountains to get land and to the beaches in The sea has never existed. "

Samdech Techo added: "And now, I have to do it because this is the land of the state, the state has to be taken back. We have designed it to be removed. Then, it is required to design the same so that the Prime Minister does not know if the Prime Minister is aware of the nullification of any land that is state land in our sub-decree 110. "We have to do this."