President of a political party always takes the opportunity to exploit politics by ignoring the value of the rule of law, demanding that the Royal Government release Rong Chhun

President of a political party always takes the opportunity to exploit politics by ignoring the value of the rule of law, demanding that the Royal Government release Rong Chhun


Phnom Penh: HE Pich Sros is the President of a Political Party Always take the opportunity to exploit politics by ignoring the value of the rule of law and instead support Rong Chhun's violation of the law as a right to freedom of expression It is stated in the constitution and demands that the Royal Government release Rong Chhun.

His Excellency Pich Sros, President of the Cambodian Youth Party, stated on his Facebook page on August 2, 2020, “National Vision The arrest of Rong Chhun is like giving a trade to Vietnam and making Khmer even more
There is more internal rift, although Rong Chhun exaggerates or has no clear basis, but the government can issue a statement denying it. .

His Excellency continued, "The government should treat the old wounds and caress them so that there will be no new ones, so that all Cambodians can live happily under the umbrella of the rule of law." And monarchy, and especially living under the slogan "Thank you for the peace that the Prime Minister has set out." Please release Mr. Rong Chhun so that all Khmers on all sides are strong and show the same Khmer strength. As for the territory, it is a Khmer issue on all sides, and if we talk too much, it should be shortened without extending it. ”

As for the Voice Of Peace Facebook page on August 2, 2020, it said, “Are HE Pich Sros and Rong Chhun Chea What kind of person? His Excellency Pich Sros may want to be extremely popular without caring about a country chaotic due to incitement to exaggerate border information and affect national security That or what? ”

According to the source, the Royal Government has been in charge of setting up border posts and borders with neighboring countries based on legal principles, official maps and All are technical experts, while HE Pich Sros and Mr. Rong Chhun are not border experts. His Excellency Pich Sros, President of a political party, always took the opportunity to exploit politics by ignoring the value of the rule of law and came to support Rong Chhun's illegal actions. That is the right of expression stated in the Constitution.

Rong Chhun is a political puppet serving the rebel movement, which has a clear goal of defaming the Royal Government, inciting and attempting to cause social unrest. Rong Chhun did not cooperate in providing information that he thought Cambodia had lost territory to the government or to the Joint Boundary Commission; Information based on the claims of citizens who do not have a clear basis to issue statements, post, disseminate and consider as true information.

The actions of HE Pich Sros and Mr. Rong Chhun, including the protesters demanding freedom of expression and bragging that they are patriots defending the land That the current government is a traitor and does not love to protect the integrity of national sovereignty?

That Mr. Rong Chhun went down to oppose the government and HE Pich Sros is a member of the Supreme National Council for Consultation and Advice that can be sufficient In researching documents and gathering clear evidence to send to Samdech Techo Hun Sen, why come out and comment on the accusation that legal action Of the institution in charge of Mr. Rong Chhun that closed the rights of the people and did not think about the rule of law. Do not brag too much, be as cautious as William Gang.

Mr. Rong Chhun, Representative of the Cambodian Monitoring Council and President of the Cambodian Trade Union Confederation, was remanded in custody by the Phnom Penh Municipal Court. Prey Sar) at 6:15 pm on August 1, 2020 to continue the procedure.

On the afternoon of August 1, 2020, Mr. Seng Heang, Deputy Prosecutor of the Phnom Penh Municipal Court, decided to charge Mr. Rong Chhun with incitement to cause There was serious chaos to social security under Article 495 of the Criminal Code of the Kingdom of Cambodia and sent to the investigating judge to handle the procedure.

Kuch Kimlong, Deputy Prosecutor and Spokesman of the Phnom Penh Municipal Court, stated that "after receiving the case from the police. Phnom Penh Municipal Police Justice Deputy Prosecutor Seng Heang interrogated and decided to charge Rong Chhun with incitement to cause chaos Serious to social security under Article 495 of the Criminal Code of the Kingdom of Cambodia and sent to the investigating judge to deal with the procedure.

Rong Chhun was arrested on the night of July 31, 2020 in connection with a crime committed by inciting security unrest. Society on the Cambodian border.

Prior to his arrest, Rong Chhun visited the Cambodian-Vietnamese border in Tbong Khmum province and issued a statement inciting the construction of a new border post. Between Cambodia and Vietnam entered Kampuchea Krom about 500 meters.

The Joint Committee on Border Affairs considers Rong Chhun's broadcast to be malicious in order to mislead national and international public by making baseless allegations. On the border work of the Royal Government.

On July 20, 2020, Mr. Rong Chhun issued a statement alleging that the border posts from 114 to 119 were highly irregular. Causing people to lose many hectares of land to the Vietnamese side and after the old border came to the erection of poles and posts The new satellite came about 500 meters into Cambodian territory. He said that the border line is gradually moving into Cambodian territory about 3 km now.
By: Panhasak 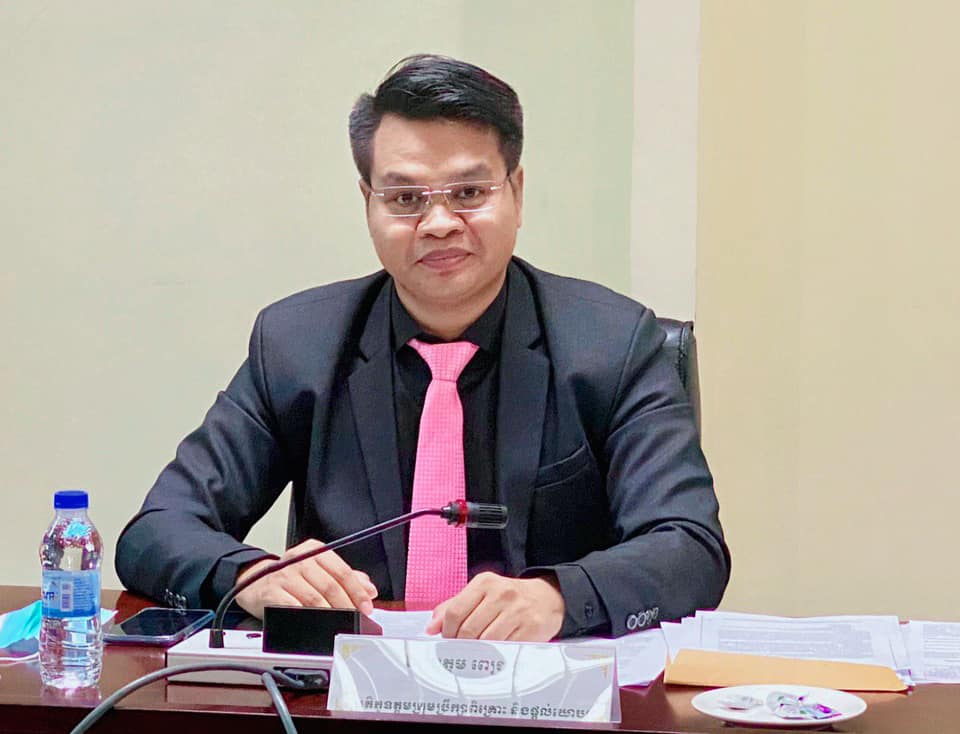 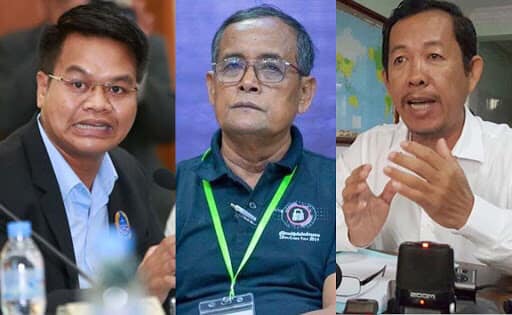 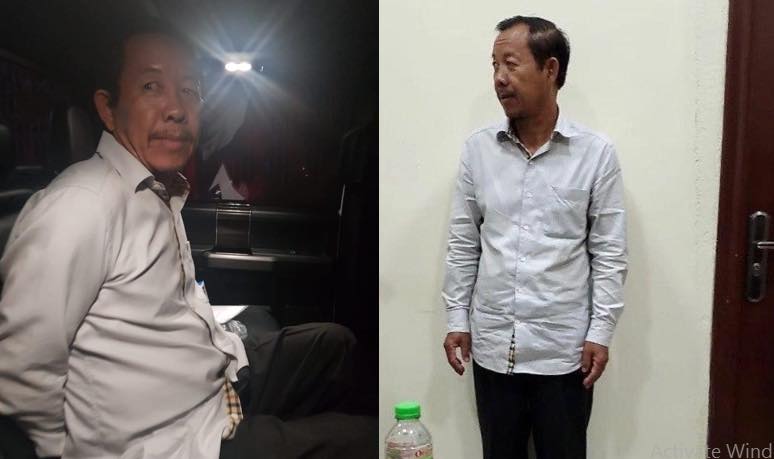 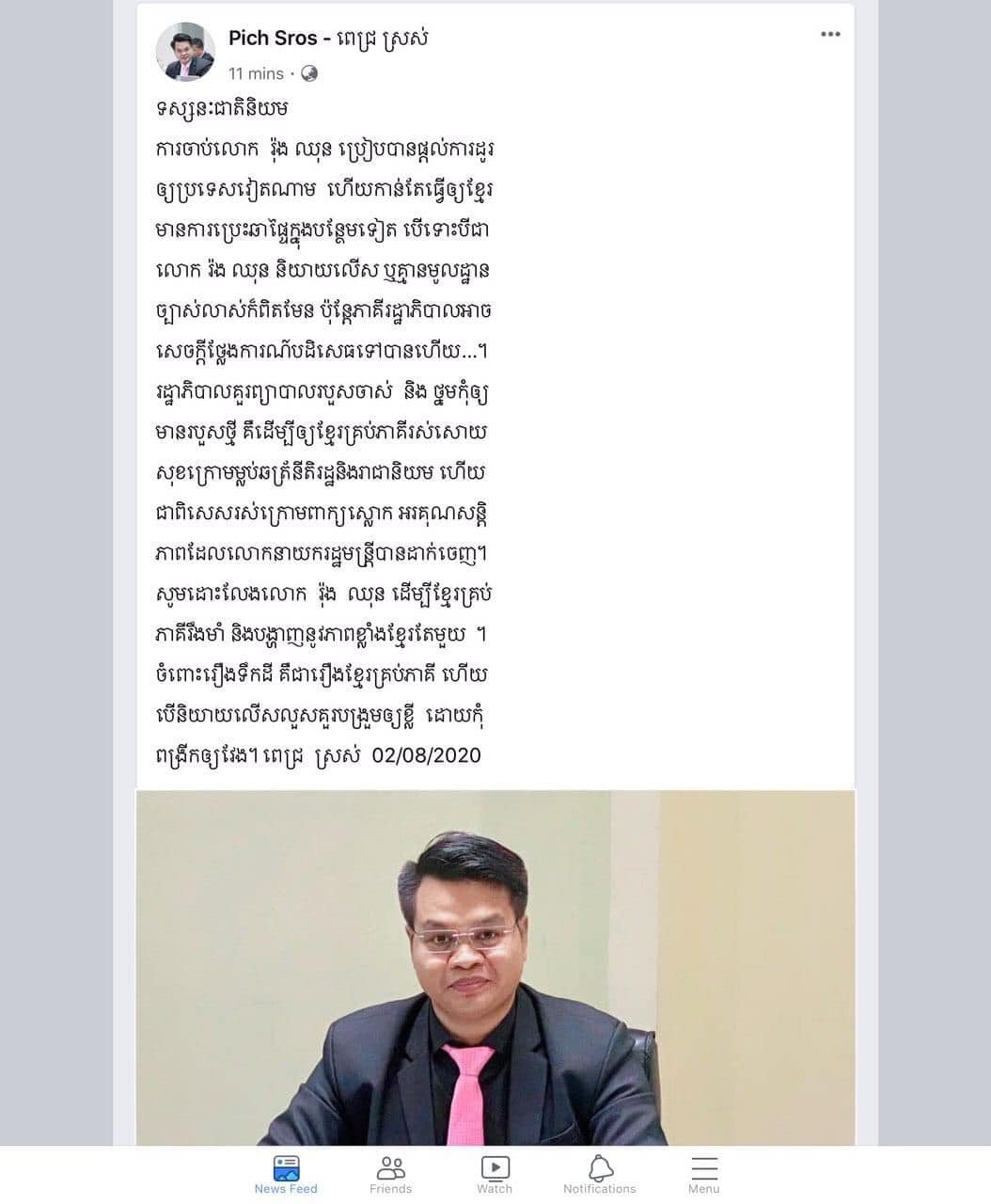 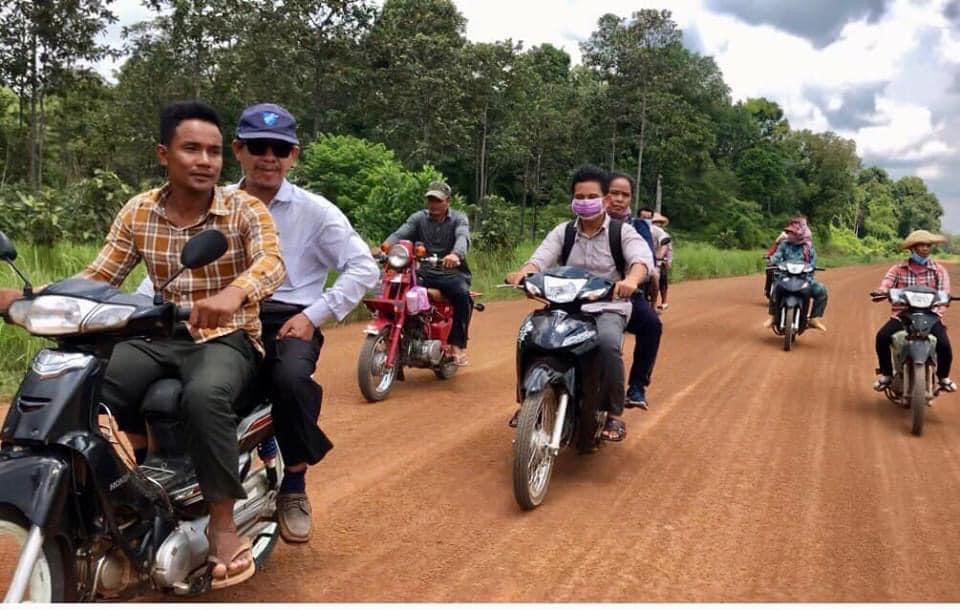 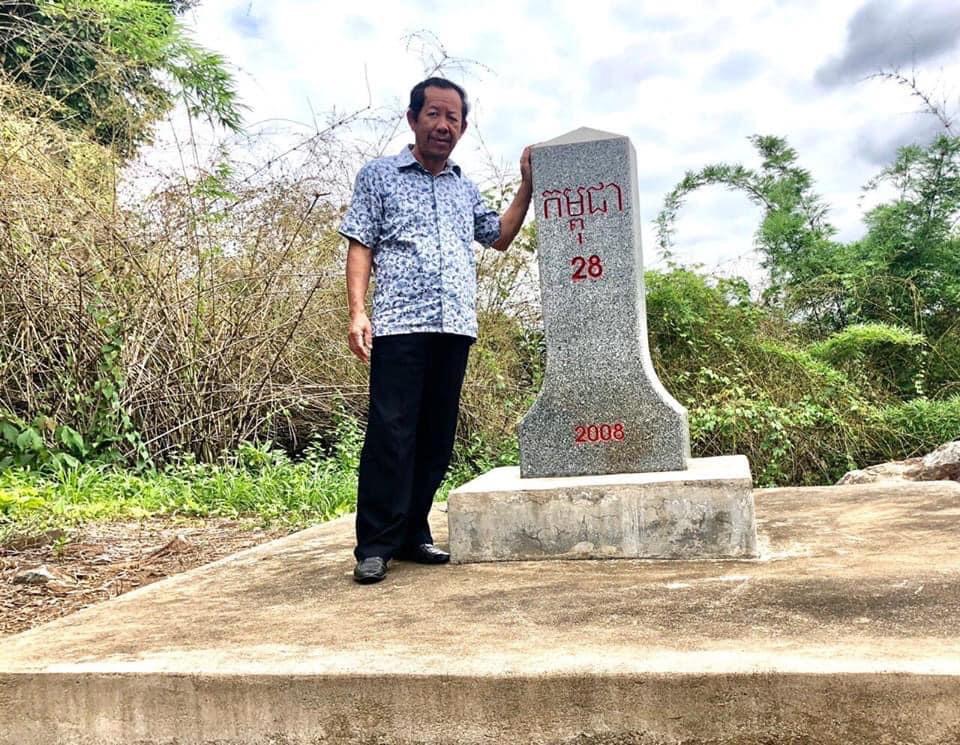 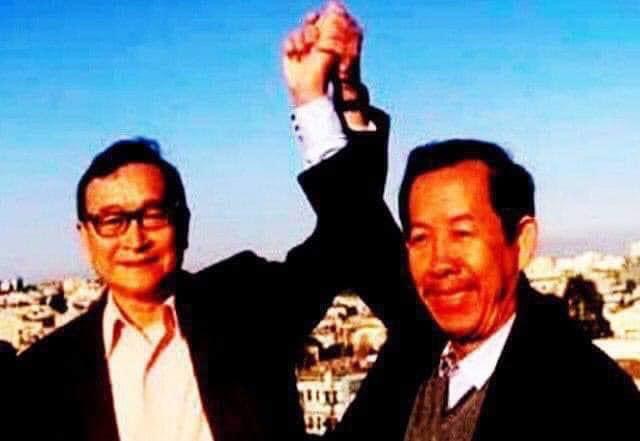 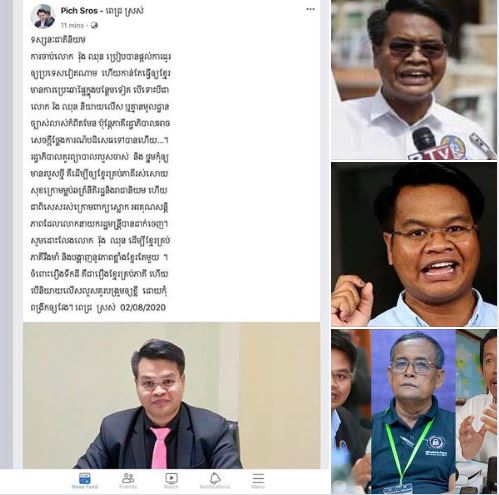