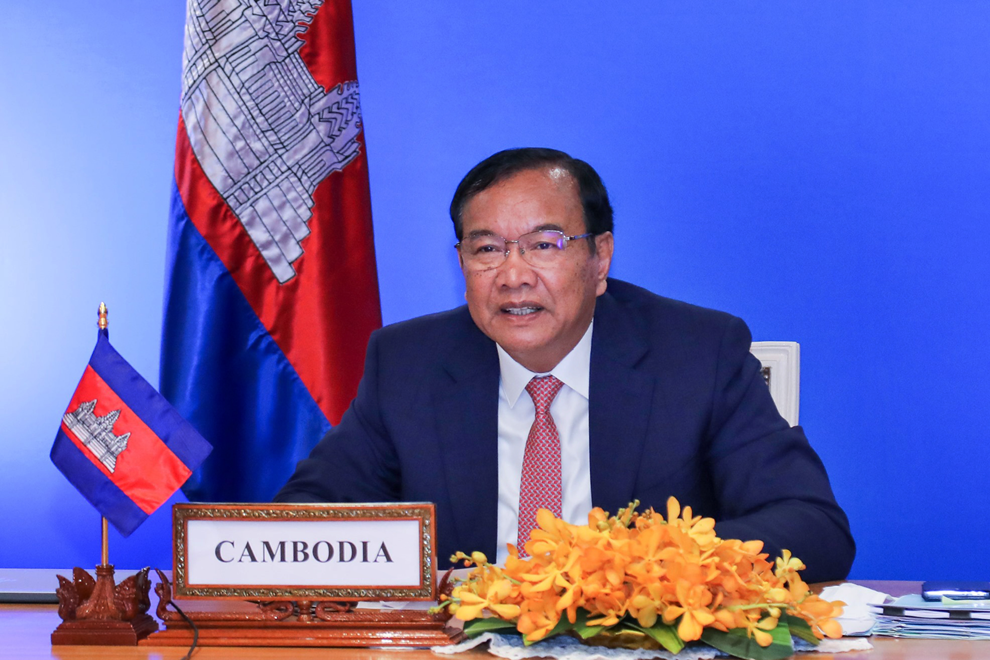 A statement from the Ministry of Foreign Affairs released yesterday said that at the invitation of Minister DATO ERYWAN PEHIN YUSOF Brunei Darussalam Deputy Prime Minister Prak Sokhon and Chair of the ASEAN Chairmanship in 2022 to Attend Open Foreign Ministerial Dialogue ASEAN-UK, which will take place on April 8, 2021 via video.

"Expanding relations and deepening economic cooperation to build economic recovery," the ministry said. "By being sustainable and resilient and promoting a commitment to tackling climate change."

The President of the Institute of International Relations of the Royal Academy of Cambodia, Mr. Kin Phea, believes that through the tripartite dialogue, it is good for ASEAN member countries to have dialogue partners. With among the great powers. "I think it is good for ASEAN to have the great powers, including Britain, interested and cooperating," he said. "Provide better forms and mechanisms for ASEAN to address major issues in the region."

Regarding Cambodia, Mr. Kin Phea believes that bilateral relations will be even better, as the two countries already have good relations. Past. "In the past, a large part of the EBA in Europe was also brought to Britain, now when Britain seceded from the EU to him Declared to keep the EBA in the framework of the past is valid for Cambodia. "Therefore, the Cambodian-British relationship, I understand that any Cambodian assistance to promote the status of the Anglo-ASEAN dialogue partner is even more important. And benefits for Cambodia within the framework of both multilateral and bilateral mechanisms.

The outcome of the ASEAN-UK Foreign Ministers' Meeting on 30 September 2020 discussed other priorities in the field of cooperation between the two countries. ASEAN and the United Kingdom to address the supply chain disruption to support the global economy through open trade, facilitate international and sustainable economic growth and restore Restore business confidence in the region.