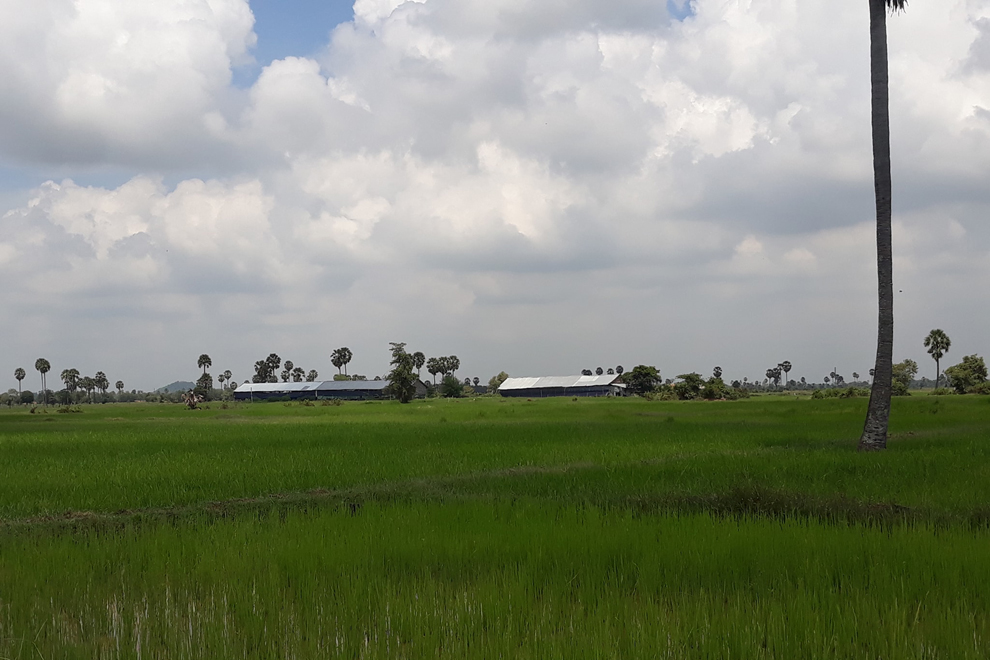 
Takeo: Ten pig and poultry farms are emitting odors and causing flies, affecting some people's airways In Takeo commune, in Bati district, in Takeo province, there was no immediate action to be taken, claiming to be investigating the case.

Nget Nop, 44, one of the others, said that more than 10 farms were owned by the group. Merchants have been around for years, but little has been done, but the last few have been smelly with flies. Out of the chicken farm And raise those pigs.

Nop said the stench had spread from the farm day and night, sometimes with difficulty breathing and causing coughing and sneezing. Even with physical illness. And the flies that come out of the farm at meal times are often full of unusual flies, making it difficult to eat.

“I used to report to the local authority, but he always said, 'OK, that's OK. More to the point, he would tell the owner of the farm. The other villagers, he was afraid to report anything. Only from this. "

Hem Rit, another resident of Kompong Speu commune, requested that professional officials come to educate the owners of the farms. Measures to control the smell and flies to prevent disturbance to the lives of villagers.

“We are not going to ban any chicken, duck or pig but do not cause a problem,” Reth said. The impact on residents of nearby areas. "I call for urgent action because now there is a strong smell and there are a lot of flies."

Cheesay, the chief of the Kompong Speu commune, told the Post yesterday that there were chicken farms and pig farms, but that they had little effect. Seriously, there is just a slight smell of odor emanating from the farm during the time the owner of the chicken or pig sells.

He added that authorities had previously introduced measures to prevent bad smells affecting villagers living nearby. Provincial officials have also made several introductions, but during this time, they may have practiced a few technical gaps. Causes such an unpleasant odor.

“The smell is minimal and any flies are there, it's normal because we have trained the owners. Farm. Today, there are eight poultry farms and seven pig farms, but they are still farmed. Away from the villagers' homes.

Farm owners in Bati commune, Bati district, could not be found yesterday.

Bati district governor Phoun Chhum said yesterday that he had not yet received any information from the Kompong Speu commune for the impact the authorities had had on education. It has been introduced to the owner several times, but to the extent that the practice is ongoing, the authorities are still monitoring it.

If this is the case, he said, people should report it directly to local authorities for timely action.

“We plan to send a professional official to investigate the case. We cannot close all farms because it could affect our food security, but we will make adjustments wherever or not Whichever is affecting the people. Then put him to work so that he will not harm our people anymore and if he doesn't, we warn him too Fine the law. ”

Nhek Srun, director of Takeo province's Department of Agriculture, Forestry and Fisheries, confirmed that he would send professional officials to the site to investigate and provide guidance To the owners of those farms. He said that experts have advised farmers to take some measures, such as simple measures, simply to list the husk below Chicken coops so that it absorbs moisture from chicken manure to reduce odors.