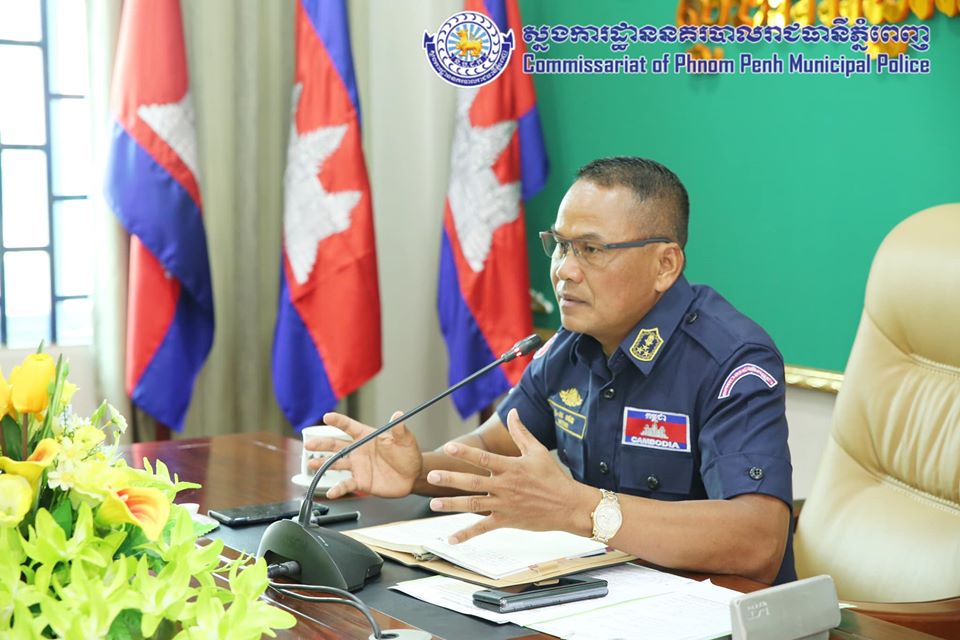 
PHNOM PENH: The Phnom Penh Municipal Police Department has released a telephone number Deputy Commissioner receives 14 district chiefs – 14 district police inspectors and 105 public phone numbers For all citizens in Phnom Penh to be aware that it is easy to contact the authorities immediately in case something happens to the police. Timely intervention.

HE Seth, Deputy Commissioner and Chief of Police of Phnom Penh Municipal Police, on April 25, 2020 said that the faster, the easier it is for people to live in the country Phnom Penh 24 hours 24 hours to communicate when he / she has problems.


There are phone numbers, and the Deputy Commissioner is in charge of the 14 counties – the 14 district police inspectors and the 105 police chief's phone numbers.

In addition, people can try directly in the part of HE Seth as well as the police chief of Phnom Penh because of the information and Quick reaction, follow-up, prompt response and prompt action. 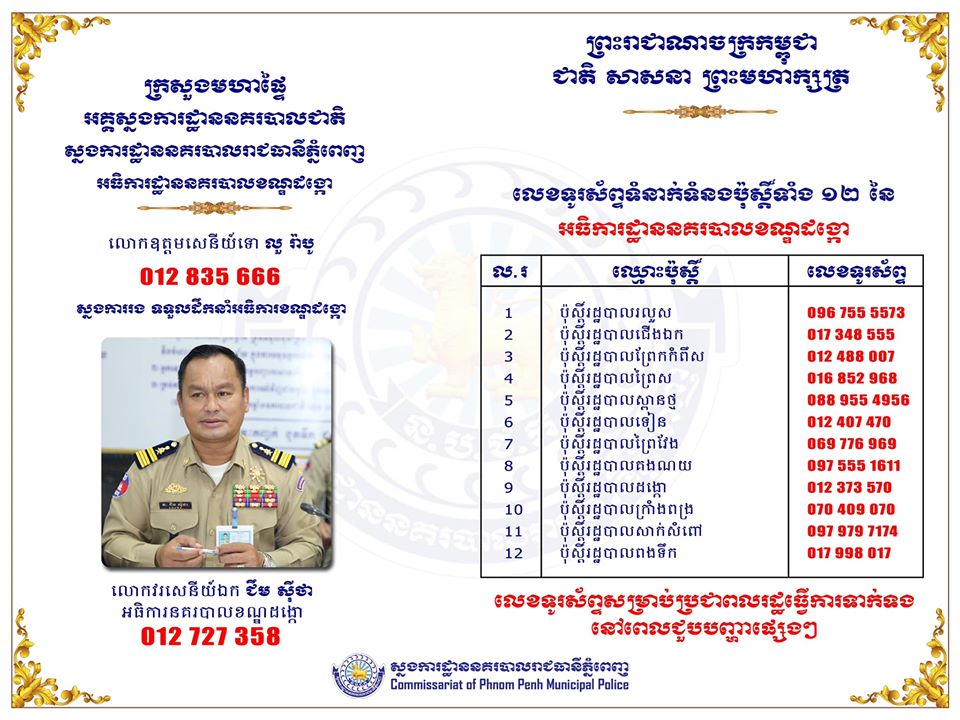 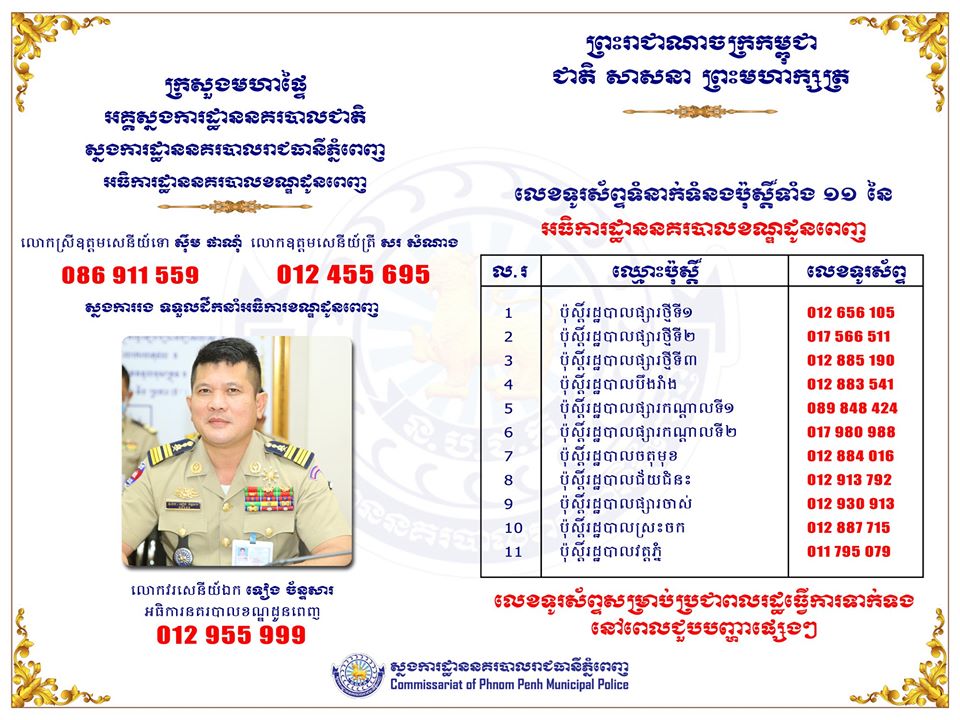 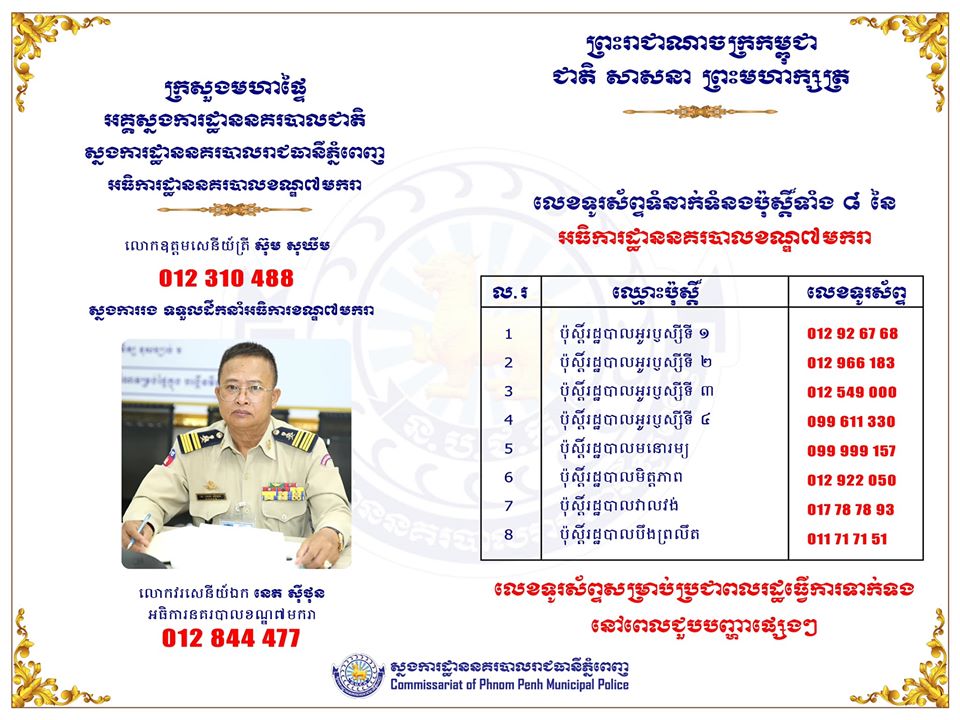 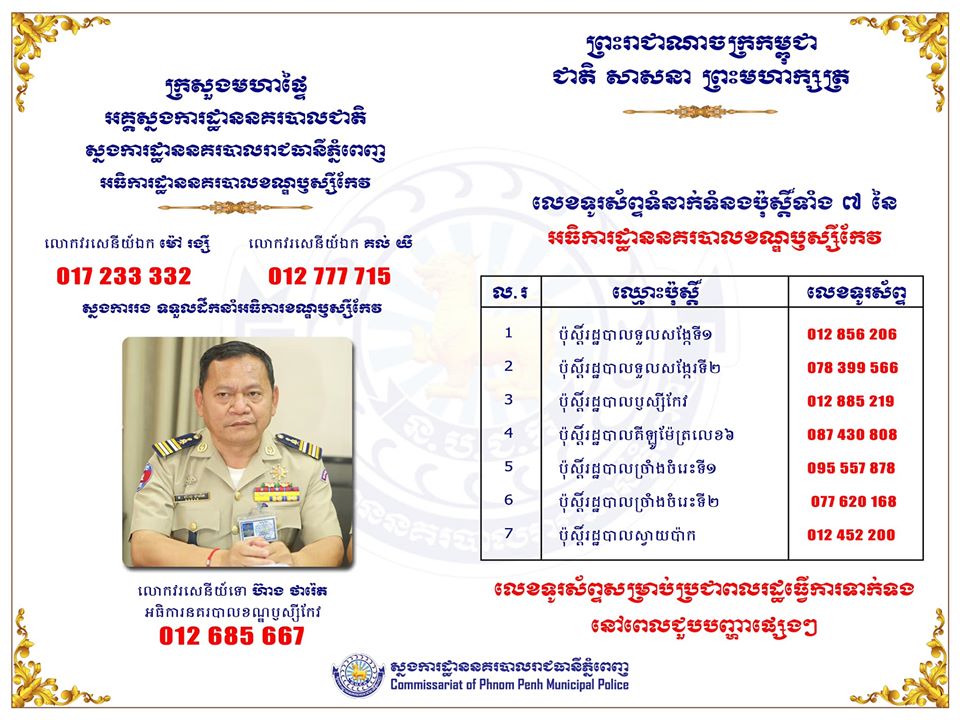 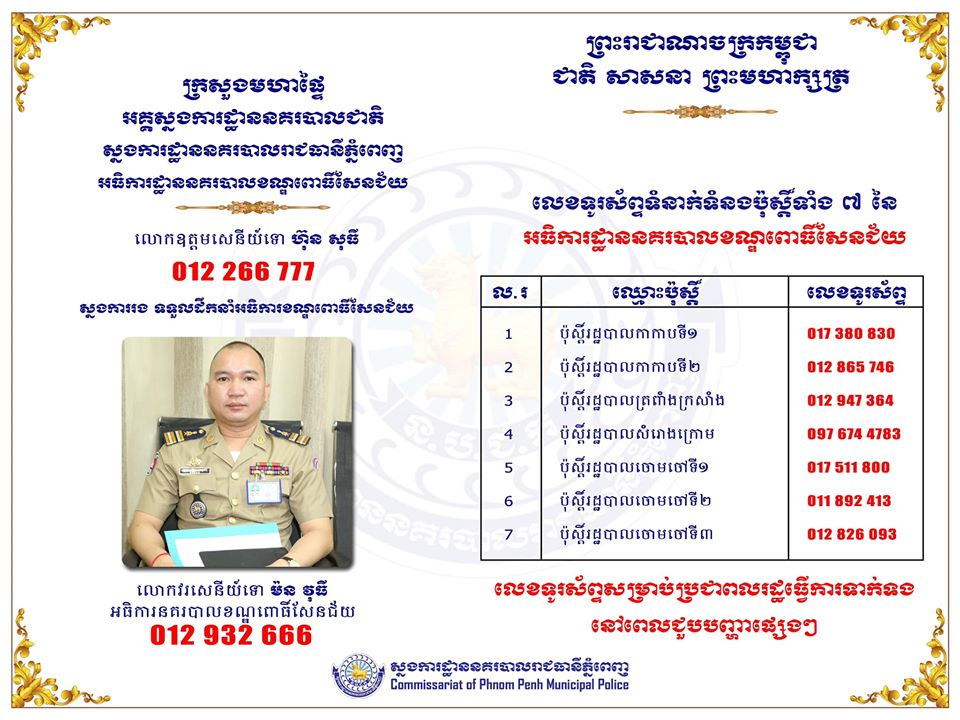 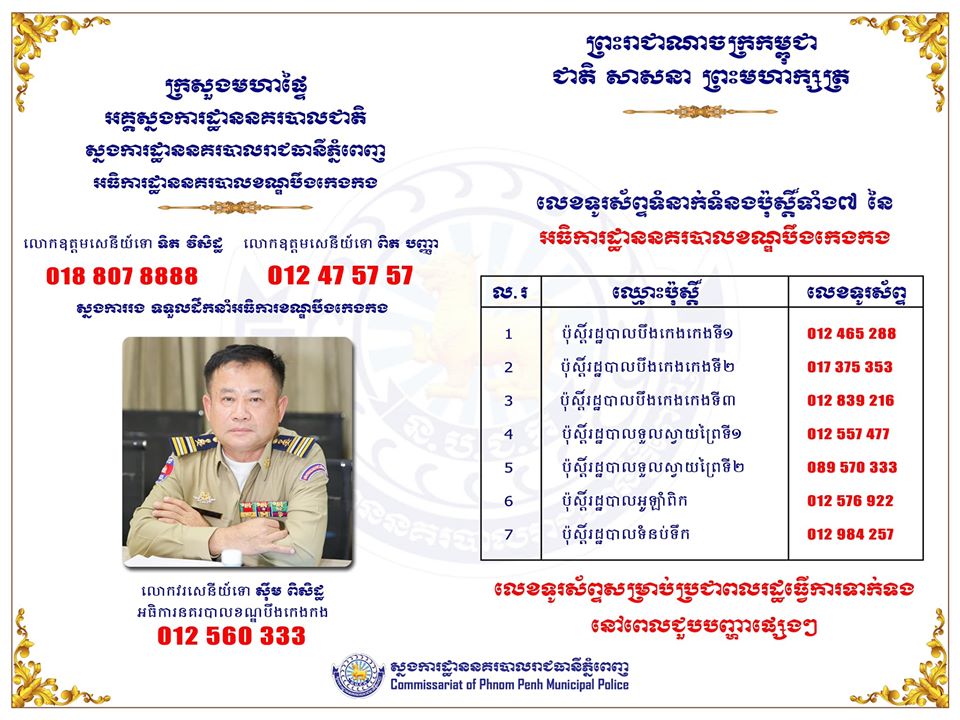 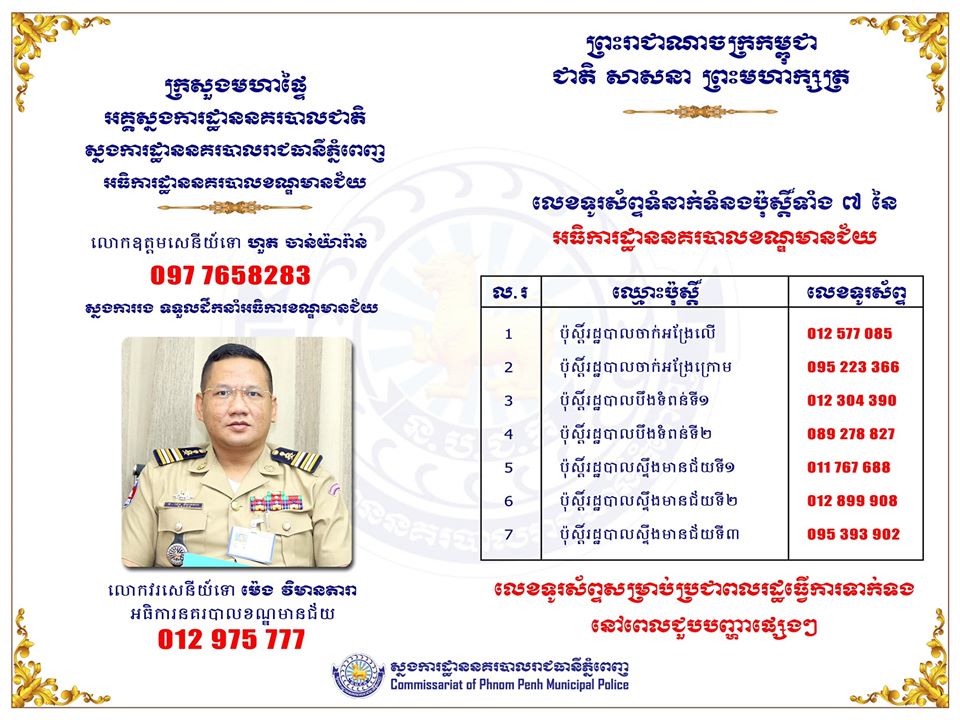 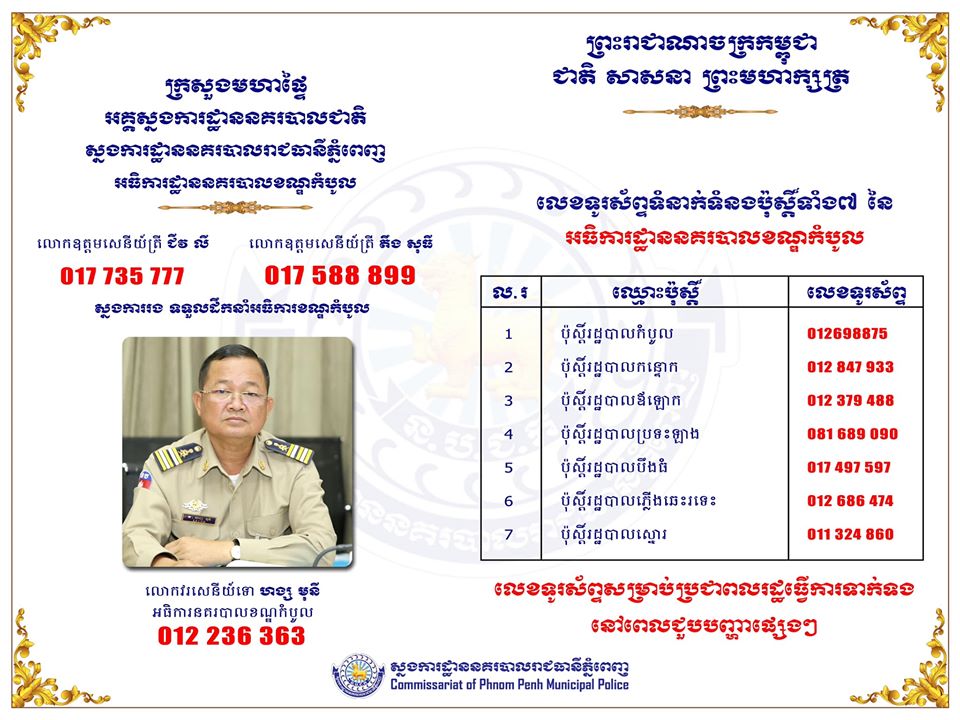 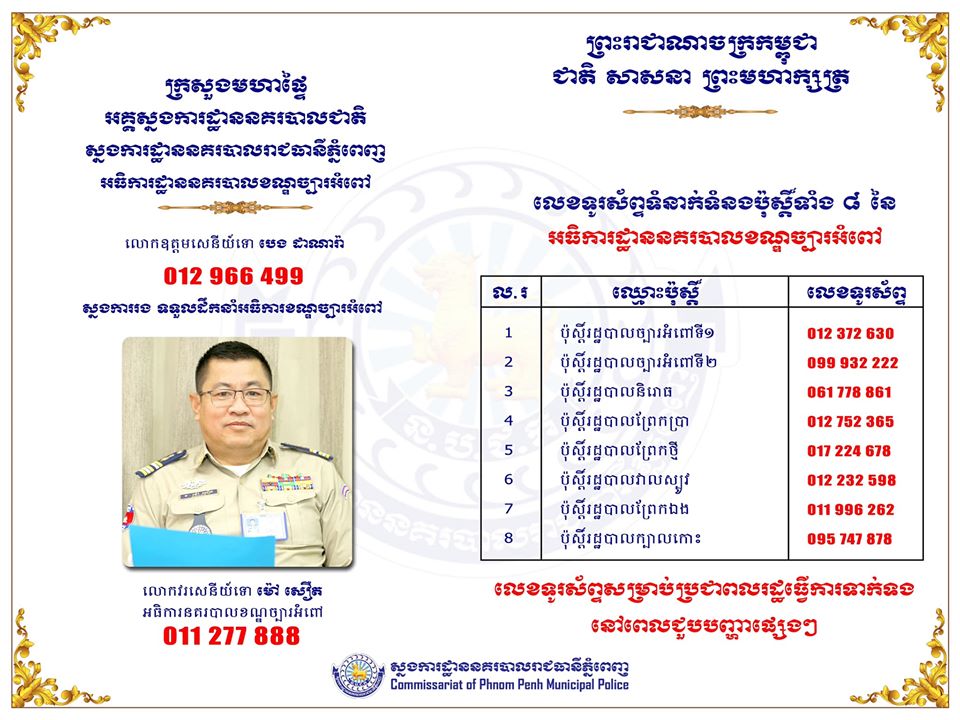 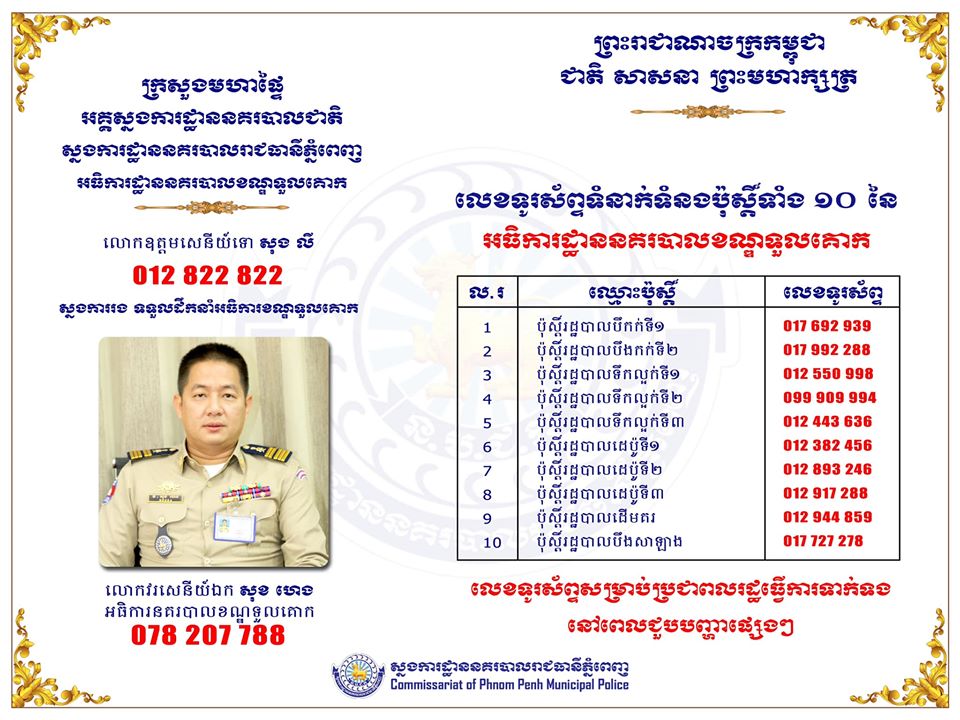 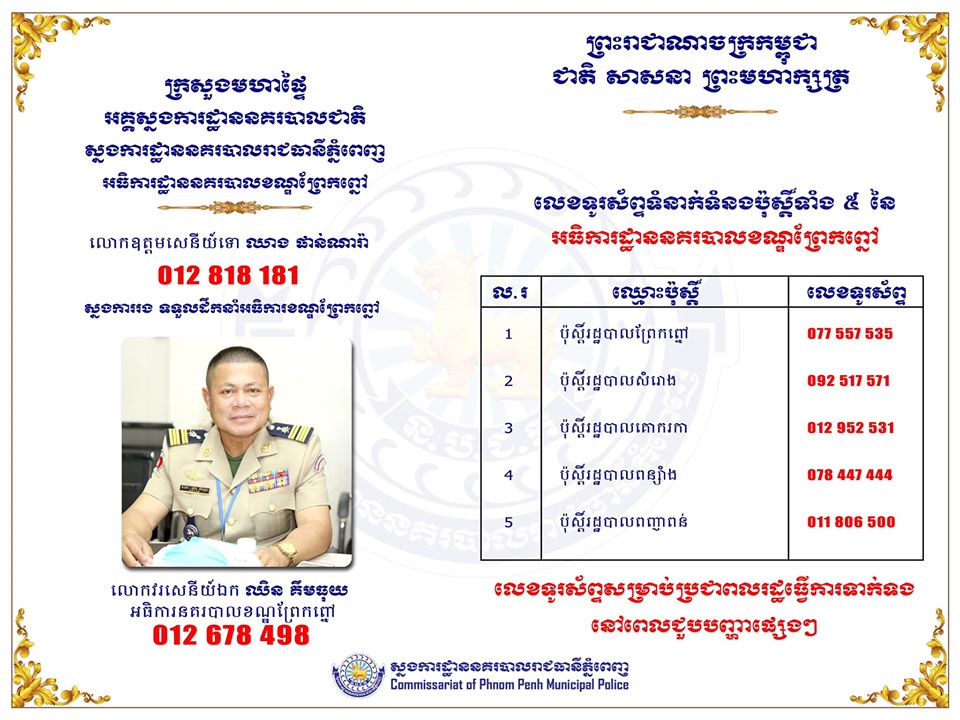 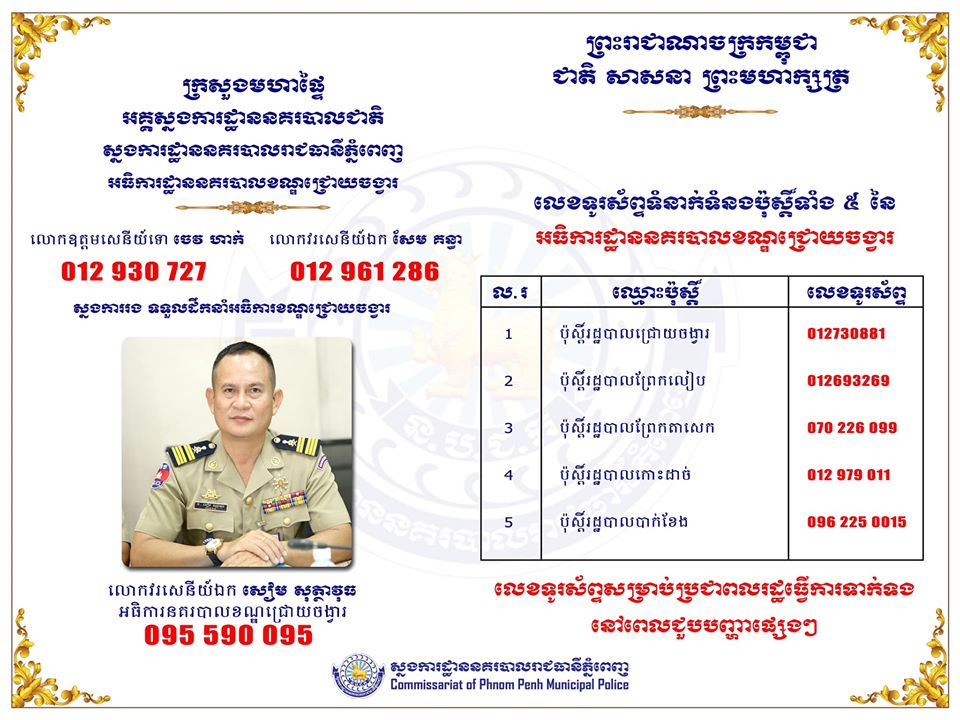 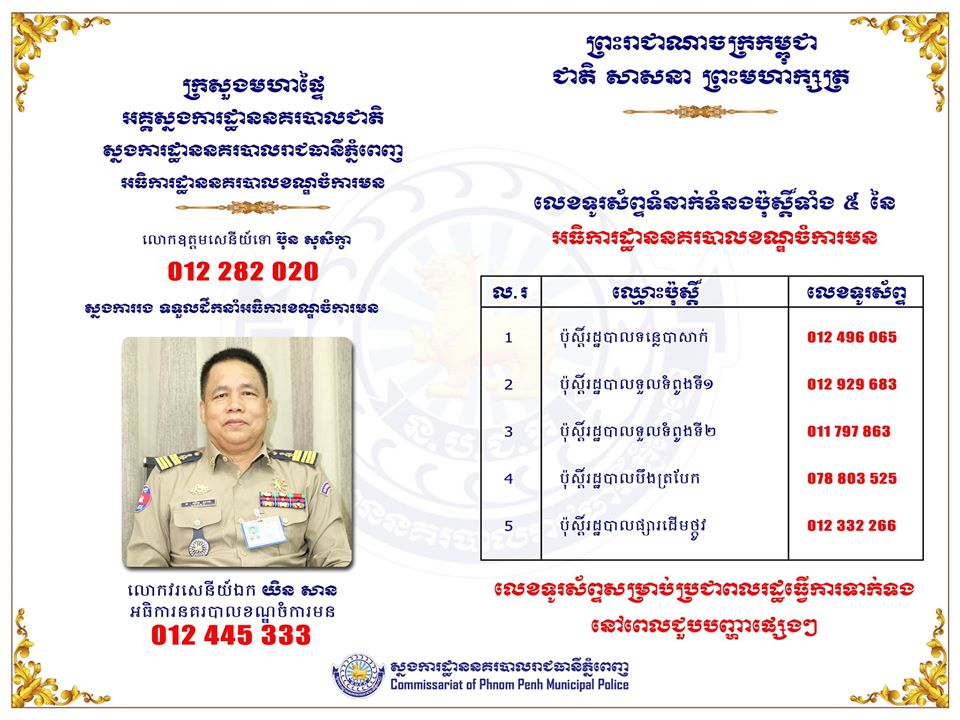 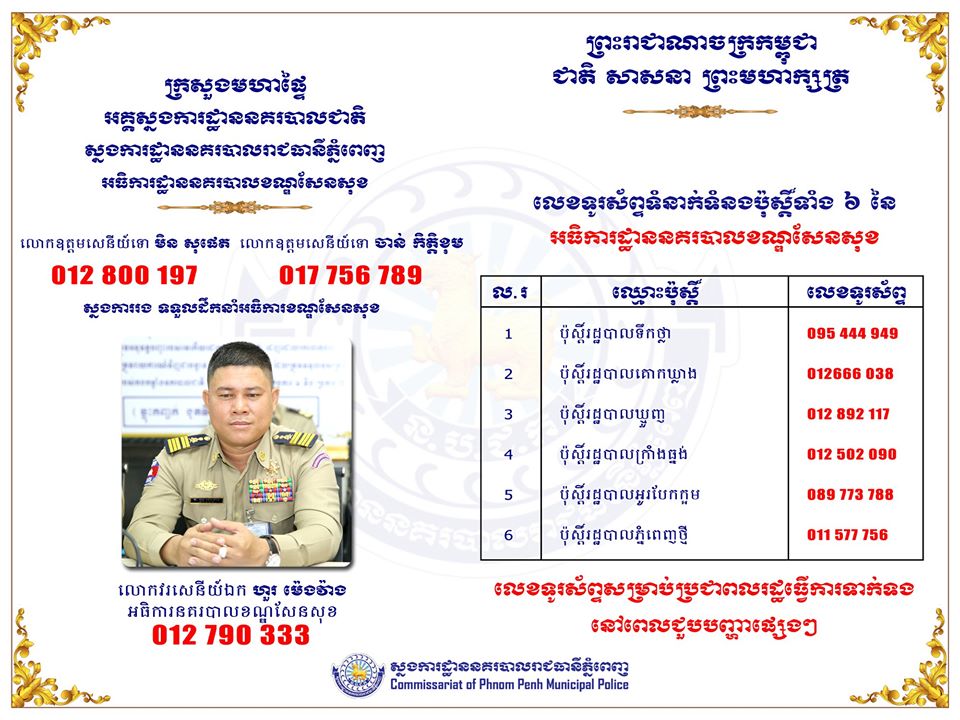