Police send man to court for hacking woman to death 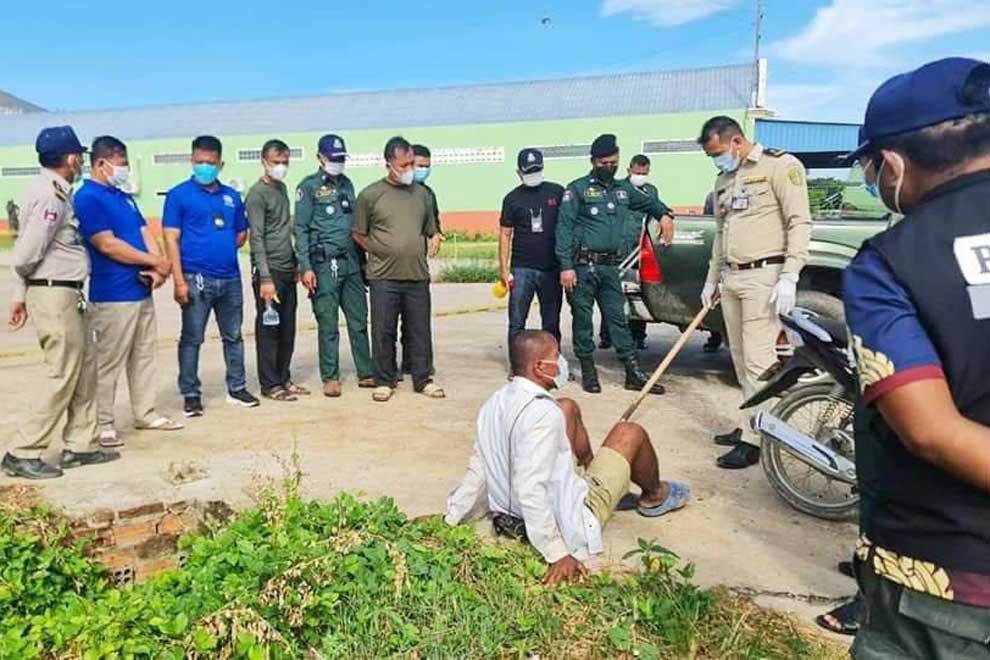 Police send man to court for hacking woman to death


Battambang: Battambang Provincial Criminal Police yesterday sent a man to the provincial court after a day of arrest in connection with the use of a hoe on a woman. One person was killed in Ta Star village, Sampov Loun district, Battambang province.

"He is suspected of murder," he said. Therefore, my authority follows the legal procedure. "If the court finds him guilty, he will face legal action."

Separately, Mr. Ly Rom, Deputy Police Inspector of Sampov Loun District, said yesterday that the suspect was being interrogated at the Ta Star commune police station. He did not give his name. However, when he was sent to the district police inspectorate, he told the authorities that Lim Rong, 30, lived in Damnak Ksan village, Bou commune, Phnom Preuk district, Battambang province. The victim's name is not known, but she is about 30 years old, some say. Also homeless and not a resident of the village.

He said that when the suspect was questioned by his authorities, he seemed to have an abnormal memory, but he could remember and answer. His name. As for the reason for killing the victim, the suspect told him that he was in love with about two women. To 3 days before the day of the incident. At around 1 am on June 29, he walked to the sawmill where the victim was. While sleeping in it, he used a hoe to cut the dead woman.

The deputy inspector said that after killing the victim, he dragged her out of the shed and walked away from the scene. It was not until dawn that he came back to look at the body and was arrested by the authorities.

The suspect replied that he was angry with the victim and that the place was quiet. He also killed at once. The suspect was a homeless man with no real place to live and came to live in a begging market in Sampov Loun district.

Regarding this case, Mr. Khan Phea, Chief of Ta Star Commune Police Station yesterday also said through witnesses at the scene that both women Both suspects are mentally ill and have been sleeping together for a few days. On the evening of June 28, the suspect and the victim were seen arguing, and at midnight, a murder took place. Each other.

"The police arrested him because he came to look at the body and there was blood on his hand," he said. At that time, the police who were doing the autopsy asked the suspect if the victim had been killed? He said he was a killer. Therefore, the authorities arrested him.