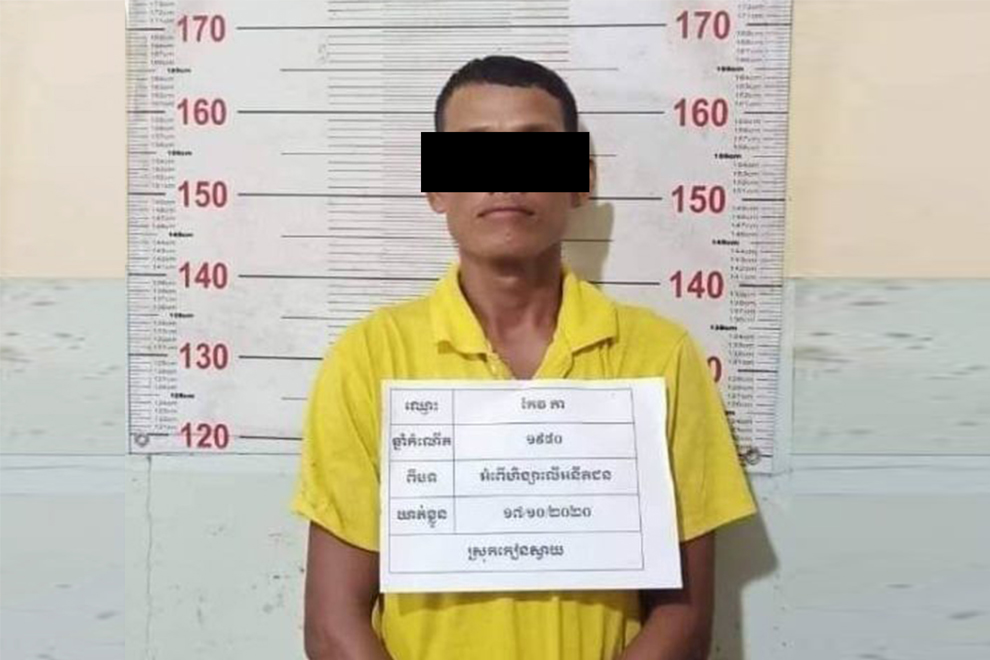 
Middle: The suspect is a father who beat his two sons, causing blood on their backs and heads in Chheu Teal 2 village, Chheu Teal commune, Kien Svay district on October 16 was arrested by police and sent to Kandal Provincial Court yesterday afternoon.

Ros Savin, director of the Kandal Provincial Office of Human Trafficking and Protection of Minors, said yesterday that the suspect, Keo Phea, 39, was a farmer and his son One of the victims, 15-year-old Phoeun Sopheap and 3-year-old Phoeun Sophan, lived in the same village. The beating suspect caused serious injuries, which is a violation of the rights of children protected by law.

Prum Samnang, Kien Svay district police chief, said yesterday that the suspect's wife was angry at the children for beating their children. He did not follow his orders to leave the house whenever he was not at home.

On October 16, before the incident, the suspect returned home and suddenly hit his eldest son with an electric wire, causing his back to bleed. About 2 lashes, but not serious. When he saw you being beaten by his father, he jumped up and hugged me, but the father who was beating my son did not hesitate. It was not the hand that made the wire hit the younger brother's head, causing him to bleed.

Mr. Samnang said: “According to the examination, the boy was not seriously injured, but when Wei immediately took a recent photo, there was Seeing the blood looks serious, too. Only then did the authorities order the authorities to arrest the father. ”