Police send a man to court for drug charges, including seizure evidence 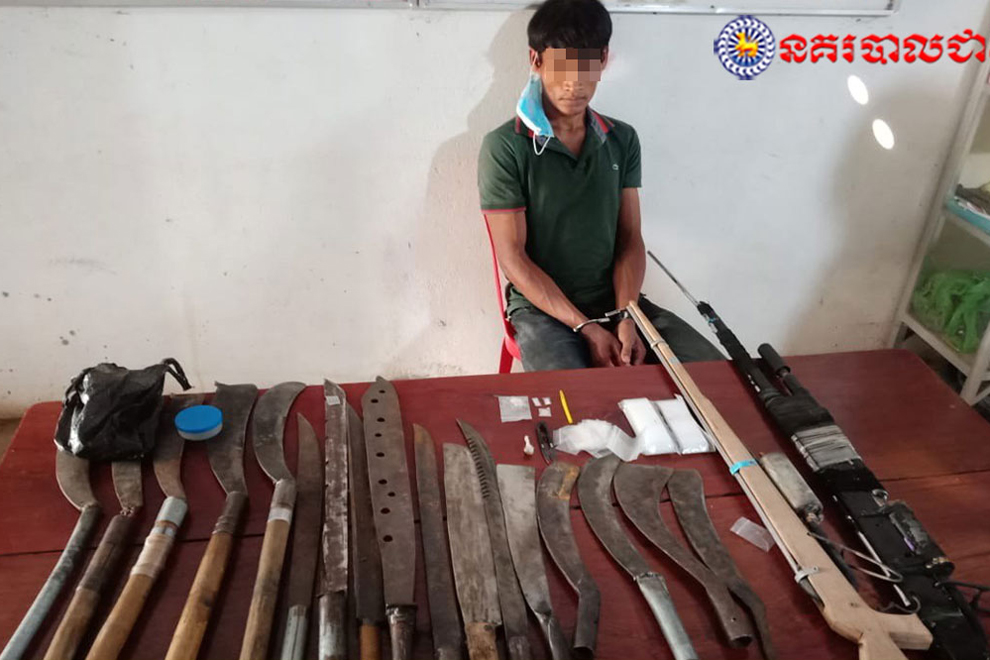 Police send a man to court for drug charges, including seizure evidence


Kampong Speu: Police have sent a 30-year-old man to the Kompong Speu Provincial Court yesterday after being arrested with drug and drug paraphernalia, and Many sword knives.

Deputy police commissioner for the drug, Mat Thuch, said that the suspect, a 30-year-old male, had been living in Kraing Dam village, Chan Sen commune, Odong district. Kompong Speu province, where he not only smuggles methamphetamine, also hides a modified gun and a knife.

“In this case, the law will justify him further. The person in charge of my expertise questioned him in the legal process and prepared a case to send him to court. ”

By 3:10 pm on 27 March, the suspect had been acting as a counterfeit drug dealer in the village Krang Dam, Chan Sen Commune, Odongk District. Authorities arrived at the scene of the crime and arrested the suspect, and after the arrest, a search warrant was found. Transparent white gram powder in four small pouch bags for distribution.

“When we arrested him and questioned him at the police station, he appeared to hide the knife,” he said.

He said that the items seized from the suspects included four packs of drugs (three small and one medium), two improvised rifles. Seven swords and 10 knives along with some drug paraphernalia.

The suspect confessed that the four packages of drugs he bought from a man who did not know the name of the man. He bought the drug for the purpose of selling it, but he did not manage to sell the drug to the seller, but authorities arrested him He was one.

He said the suspect had told of a knife-wielding hijacker who was not involved in any activity but Although the suspect did not confess, authorities believe that the swords could be used to carry out various criminal activities. . Because if it were just for everyday use, there couldn't be that many. Authorities will continue to search for his accomplices.