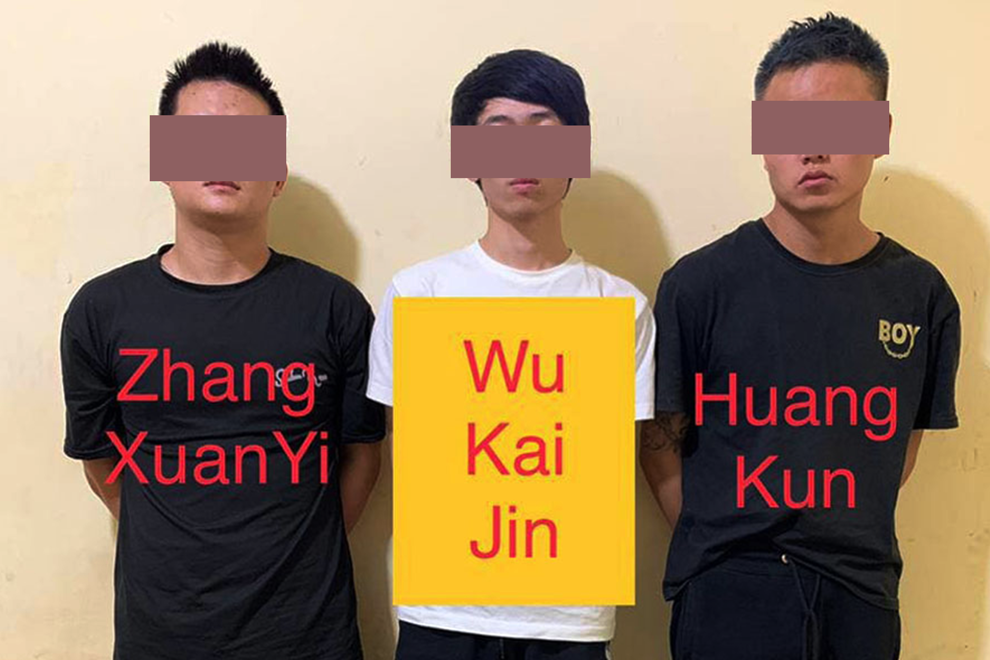 
Sihanouk: Three Chinese suspects involved in the January 21 shooting death of a Chinese man in Sihanoukville have been arrested by criminal police. Sent to the provincial court yesterday after arresting a few days after the incident.

Kol Phali, deputy commissioner for criminal planning at the Sihanoukville Provincial Police, said yesterday that the three suspects were: Zhang XuanYi; – Wu KaiJin and third – Huang Kun. The victim, Pheng Su, a 28-year-old Chinese man, was shot once in the left breast, causing his death. Immediately in the car.

"These three factions were involved in the shooting death of the victims," ​​he said. We send them to court (January 27) for further questioning. "We have carefully researched and arrested the suspects in this murder."

On January 21, at around 9 am, a shooting incident took place in front of the "Casino" brand casino in Sangkat 3, Preah Sihanouk Province. A Chinese man was killed in a black Rang Rover.

The suspects, after the action, drove a black McFarlane to escape and dumped the car at Near 5 Elephant Market in Sihanoukville and all of them escaped, but later the police arrested.

According to a police officer at the Sihanoukville Police Inspectorate, who asked not to be named yesterday, in the case of the Chinese shooting This is related to the crime of drug trafficking and related to money because after the incident, the police found 6 small packages of drugs left Keep in the car of the perpetrators.

Am Sam Ath, deputy director of human rights group Licadho, said in an email yesterday that there had been violence in the past, such as shootings or stabbings. Killings or other acts of violence committed by the Chinese and others have occurred repeatedly. Ongoing violence is a concern because it is causing fear to the people living in the area. Some of the perpetrators were arrested by the authorities and some were sentenced to life in prison.

"But the message seems to be that the perpetrators of the violence are still there, because the control of explosive weapons is still lacking," he said. "Law enforcement is lacking and some perpetrators are not afraid of the authorities and the law." He said that only strict legal action, both immigration law and other laws in force to be effective.