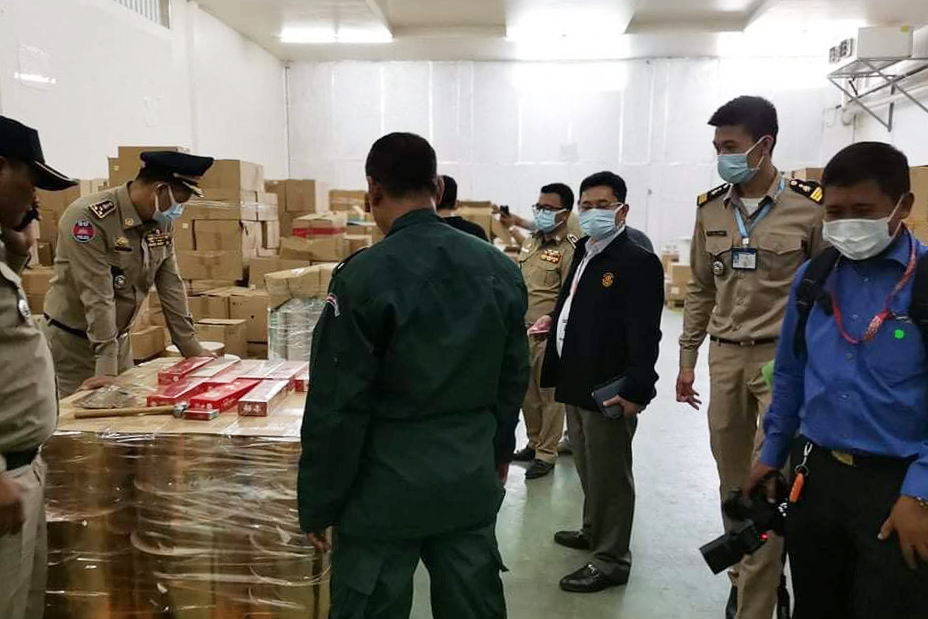 
Special police force of the Secretariat of the Anti-Counterfeiting Committee of the Ministry of Interior on the evening of August 11 Raided the location of an illegal cigarette factory in Sangkat Choam Chao 3, Khan Por Sen Chey Eighteen employees of the factory were arrested and taken for questioning.

According to a source from a professional police officer who was involved in the operation to crack down on the location of the illegal cigarette factory. Phnom Penh Post On the morning of August 12, on condition of anonymity, the illegal cigarette factory was listed. It has been operating illegally for two years and employs more than 100 workers.

The source added: "The factory company, BPA East Asia Ek, produces counterfeit cigarettes under its trademark. Many well-known Chinese cigarette brands, but at the moment we do not know the counterfeit products, quality and brand. "Which of these businesses are circulating in which markets?"

A source from the expert police officer of the Secretariat of the Anti-Counterfeit Products Committee said that during the operation Authorities arrested 18 staff members, including 14 Chinese and three Vietnamese. A Chinese translator, a Cambodian, was taken in for questioning, whose identity is still unknown. The owner of the illegal cigarette factory is still there.

"After the inspection, the professional officers confiscated the materials used in the handicrafts along with the raw materials," Nora said. For the production of cigarettes and some cigarette products to be tested and kept as evidence. The materials and raw materials for the production of cigarettes and a large number of cigarette products are locked in storage. All that poor. "Then the competent authorities decided to close the factory temporarily to facilitate the investigation process."

At the same time, professional officials also required the administration of the factory company to pay salaries and benefits. Some to more than 100 Cambodian workers working in the factory while the factory This one has to be closed until a new decision is made by the expert committee. According to Nora.

Dr. Mom Kong, Executive Director of the Cambodian Movement for Health, expressed his support for the efforts of the authorities. Experts who have researched and cracked down on the location of this illegal tobacco factory.

At the same time, he called on and urged the relevant authorities to strengthen law enforcement by conducting research and cracking down. Any further activity of the illicit trade in tobacco (cigarettes) in Cambodia as tobacco products or counterfeit cigarettes Many businesses without health warning labels on cigarette packs are being smuggled into the Cambodian market. .

"We would like to see relevant officials and local authorities join forces to enforce the law on tobacco control," he said. To promote public health in Cambodia. ”