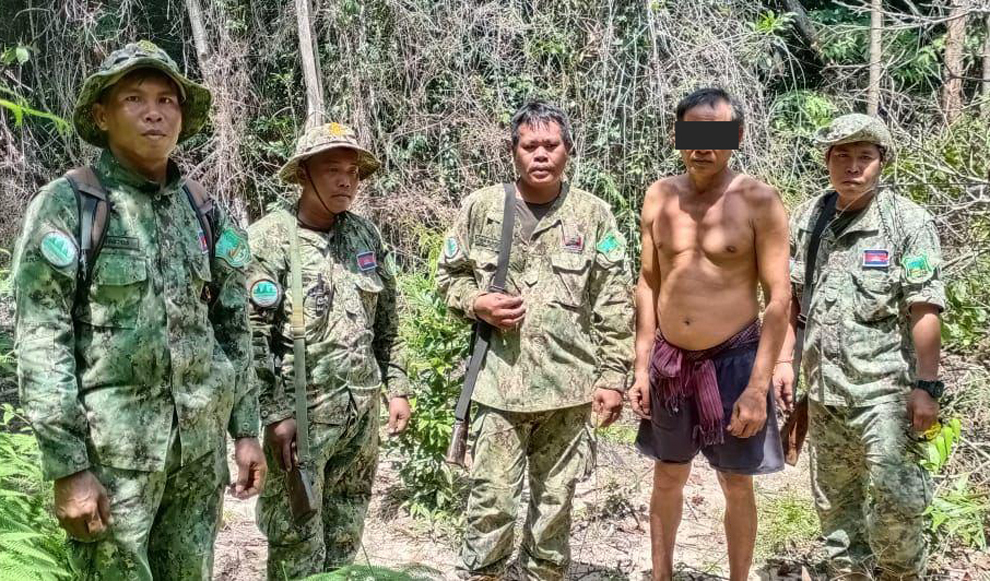 Preah Sihanouk Provincial Deputy Police Commissioner for Criminal Affairs Kol Phaly said on September 10 that one of the suspects (name withheld) Three are being questioned by Sihanoukville police officers in accordance with legal procedures. After questioning, officials will send to the Sihanoukville Provincial Court, but he could not confirm the exact time of transfer.

"We received the case from an environmental officer. He was one of three suspects in the area," he said. Kbal Chhay. So he sent us both the case file and the exhibits, and now we are questioning. Sent to court, but I can not confirm the exact time.

Mr. Samuth Sothearith, Director of Preah Sihanouk Provincial Department of Environment, could not be reached for comment on September 10, as his phone was empty. Receive.

According to a press release issued by the Preah Sihanouk Provincial Department of Environment on September 9, obtained by the Phnom Penh Post on September 10, said that after the Royal Government established many use areas, Prek Teuk Sap, Kbal Chhay Kal On June 5, 2016, the Provincial Department of Environment observed the crime of clearing the forest, planting crops, building huts and throwing Fences erected in succession, but the authorities also cracked down.

However, recently, this crime has resumed, especially in Bit Trang commune, Prey Nup district. In fact, on September 9, rangers from the provincial environment department patrolled there and found Two tents and evidence of crime, including a chainsaw, two lawn mowers, and a machete. And another ax.

"Our team suspected that someone was nearby and inspected the area around the tent," the statement said. Three people were seen hiding nearby. After learning that our team saw them, the three men ran away from the place. The team chased one man, while two others ran into the forest and disappeared.

Ung Sarom, Bit Trang commune chief, could not be reached for comment on September 10. By phone he has no answer.

Ms. Chiep Sotheary, Adhoc Human Rights Coordinating Officer in Preah Sihanouk Province, spoke on September 10. Says she supports law enforcement but urges authorities to demarcate protected and demarcated lands Distribute to the people clearly, because this area of ​​Kbal Chhay is as vast as ever Define the boundaries of conservation clearly.

She said that many areas of the Kbal Chhay canal were frequently raided by the authorities, but not It was not very effective because one group cracked down and another group invaded this land.

"I want the demarcation of the Kbal Chhay protected area to be clearly defined, and this area must be What professional officers are in charge of maintenance and how should local authorities be involved in order for the crackdown to be effective? High. In fact, in some places, people have been building houses for three or four years before the authorities cracked down. So it becomes complicated and difficult to solve.