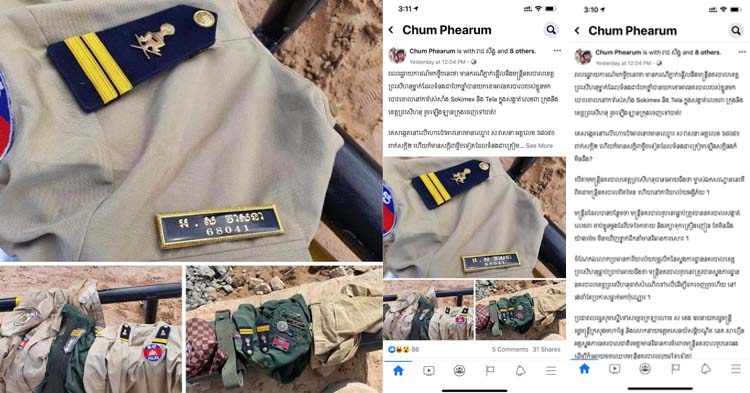 
Sihanoukville: On the morning of June 11, 2020, there was a Facebook account called Chum Phearum posted: “In the case of a Sihanoukville police officer who appeared to be drugged, he took off his police uniform. Throw in the gas stations sokimex and Tela in the three provinces – Sihanoukville and board the bus and go away. ”