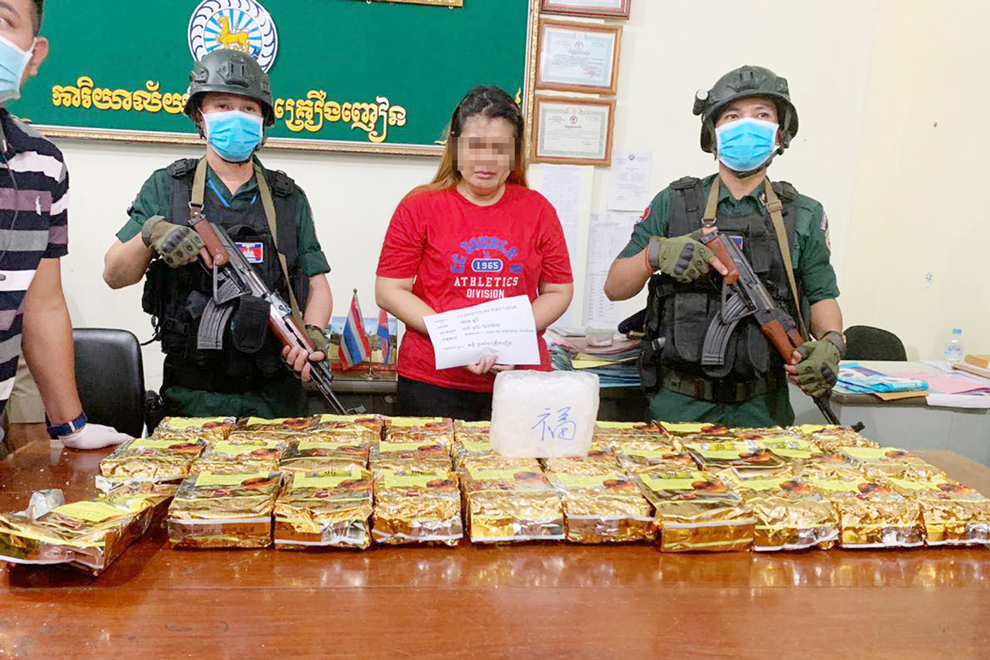 
Battambang: Police from the Anti-Drug Department of the Ministry of Interior cooperated with the specialized force of Battambang Provincial Police to crack down on drug trafficking. A Thai woman at 1:15 am on December 5, 2020 at Svay village Thom, Boeung Reang commune, Kamrieng district, Battambang province, confiscated 30 kilograms of methamphetamine.

"At this time, our professional police authorities are cooperating with the Thai side to search for and arrest the ringleader and those involved," said Mak Chito Some in Thailand.

According to the study, 30 percent of cross-border drug trafficking offenses were committed by criminals. In Cambodia, the other 70 percent, they are transported to a third country.

Phan Ratana, a spokeswoman for the Battambang Provincial Court, said that on December 6, 2020, the suspect, Phan Phom Ratana, was questioned by an investigating judge. Hong Tith Molika decides to be remanded in custody at Battambang Provincial Prison pending trial on charges of "Illegal transportation and trafficking of drugs."