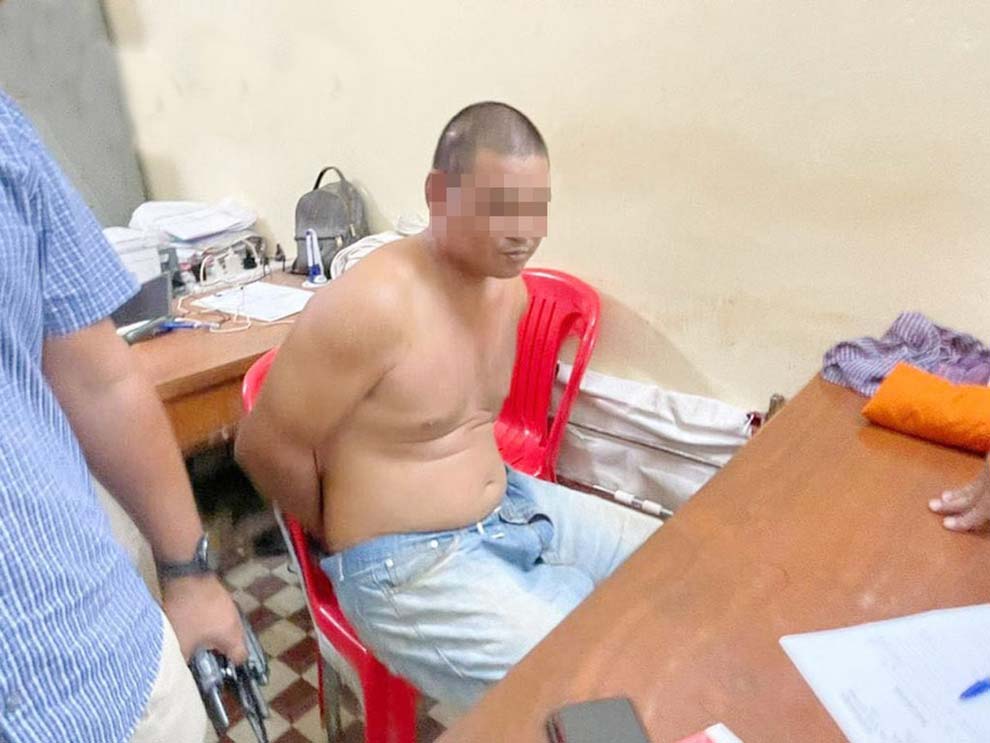 Chao Vuthy, director of the Kandal Provincial Bureau of Serious Crimes, said on Tuesday that the suspect, Touch Socheat alias Mab, 41 The victim, 18-year-old Pheng Panha, was a school student. Both the victim girl and the perpetrator lived in an adjoining rented room at the above location.

He said the suspect was being questioned by his experts in connection with the murder and was also monitoring his urine. The suspect is looking for drugs because he may use drugs. The suspect caught the girl raped a few days before the incident and the perpetrator killed the victim To shut up.

“My competent authorities are interrogating the suspects at the Kandal provincial police commission,” he said. For the reason from the answers, the perpetrators have not been collected yet.

In connection with the murder, Mr. Em Chanrath, Chief of Prek Hoor Sangkat Police Station, told today that the child victim was a cousin. And two younger brothers, whose father is a construction worker and whose mother sells vegetables. The suspects have three siblings, but they do not have parents and rent a room next to the girl's room.

He went on to say that 10-year-old Pheng Rin Narong, the victim's younger brother, said that before the incident, maybe More than 6:30 in the morning on January 5, the parents left the house, leaving only him (the boy) and his sister There were only two people in the rented room. At that time, the victim used him to buy rice and the suspect gave it to him. He gave them 500 riel to buy cigarettes for the suspects to smoke.

According to Mr. Em Chanrat, at that time, three suspects were seen walking to a nearby village hospital. However, the doctor saw that the injuries were too serious, so he sent the suspect to the Takhmao City Referral Hospital. He died on the way to Victory Hospital.

“At first, the villagers saw the three suspects, but they were not interested in the perpetrators. Later, the police called the suspect for questioning and found out that he was the one who killed the victim girl. ”

He stated that according to the suspect's answer, he confessed that he had arrested the girl who was raped for two to three days. The day before the stabbing, the victim was killed. But because the suspect was afraid that the child victim would tell this story to her parents, on the morning of January 5, the suspect prepared Plan to kill the victim at once.

According to the autopsy from the competent experts, the girl was stabbed in the abdomen by the perpetrator. 1 to 2 more places with a sharp knife.