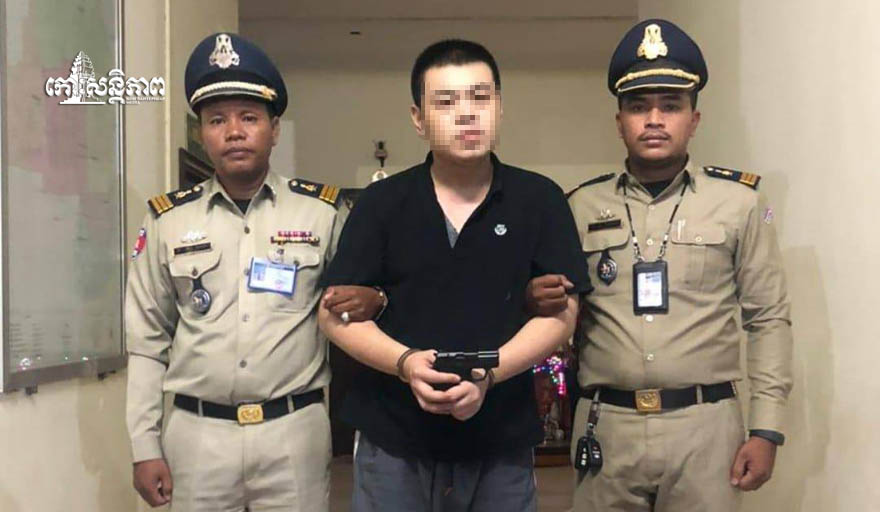 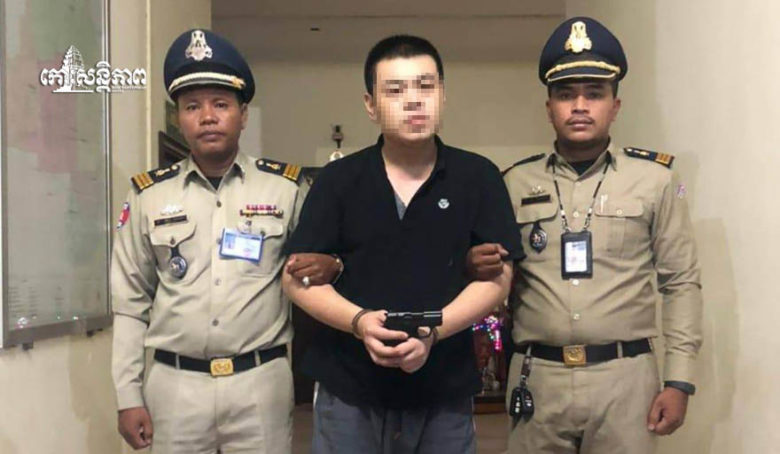 Phnom Penh: A Chinese man was arrested by the O'Beak Kam police force in cooperation with the Orchid Borei security while Unauthorized possession of firearms. The arrest of the Chinese national took place at around 10:40 a.m. on July 18, 2020 at a street checkpoint in 2004. In Orchid Borey, Orchide Village, Sangkat O Bek Kam, Khan Sen Sok, Phnom Penh.

The arrested suspect, LY HONG, a 28-year-old Chinese man, was found to be in possession of drugs, an employee of a mask and gloves company, and was staying in his room. No. 1211 Sky Lane Condo in Sangkat Phsar Doeum Thkov, Khan Chamkarmon, Phnom Penh. According to police, prior to the incident, the Chinese national was found to be in a coma. Travel to Borey Orchid with a handgun.

Immediately, the security guards reported to the police and went to arrest him. However, it is not known where the Chinese man got the pistol from. After the arrest, the police confiscated 1 pistol, brand Z0RAKI, number 906TD, 13 bullets, and 1 bullet. The suspect was sent to the Sen Sok district inspectorate for questioning and to build a case to follow the procedure. By: Meng Thea