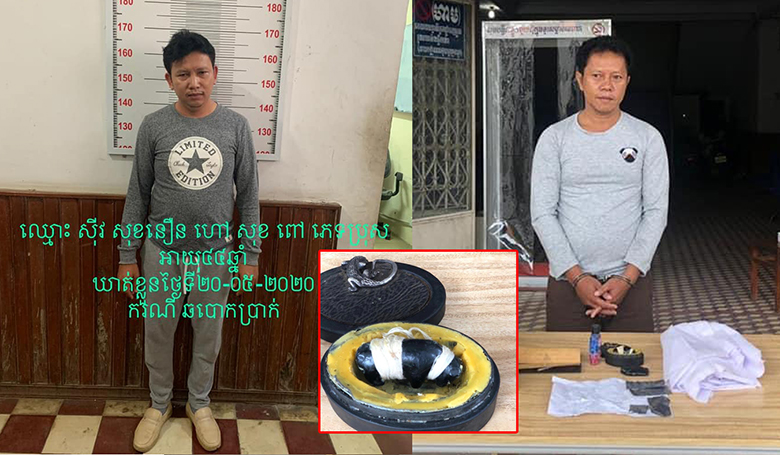 According to Rin Sopheak alias Rin Sareth, he admitted that he had cheated the victim. A 62-year-old Cambodian man, $ 100,000 (ten thousand US dollars) for sure.


At present, the above suspects have been interrogated by the specialized office and the case has been sent to the Phnom Penh Municipal Court for processing.

It should be reminded that on May 21, 2020, Colonel Prum Saroeun, Director of the Order Enforcement Office, arrested Sieu Sok Noeun, male, age 41 years according to the complaint of 5 victims in the case of fraud of $ 159,500 (fifteen thousand nine thousand five hundred dollars America) (scam selling bronze bulls).

After interrogation, Siv Sok Noeun admitted that he and his accomplice Rin Sopheak alias Rin Sareth had committed the crime. The case of fraud from the five victims above is true. Materials to be confiscated include: 1 red box, 2 thread necklaces, 2 iron cabinets, 1 water bottle, raw thread 1 piece.