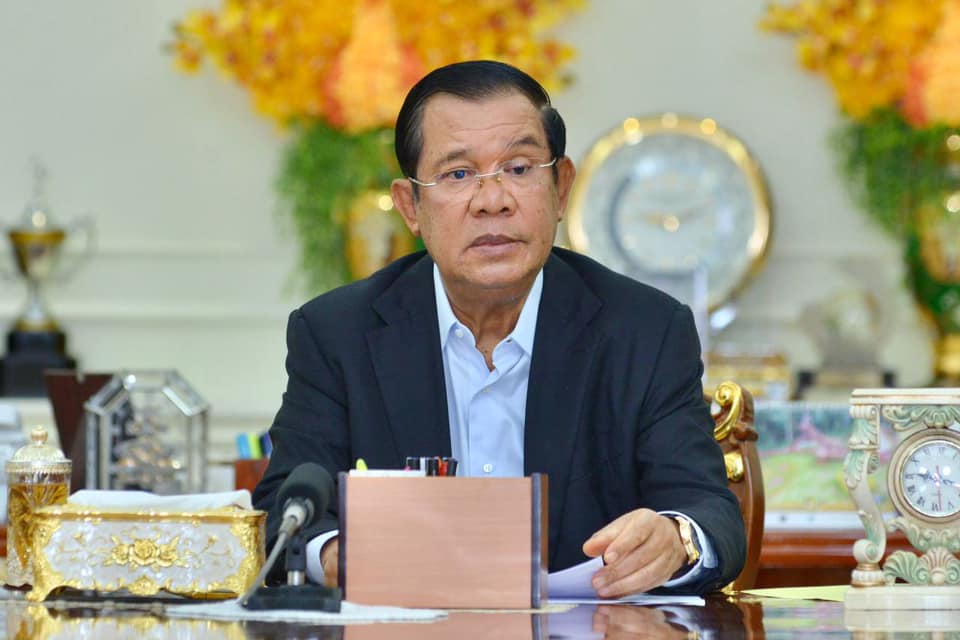 
Phnom Penh: Prime Minister Hun Sen announced this morning, Saturday, February 20, 2021, that 19 cases of Kovid have been transmitted to the community. This is the third time he has dubbed it the "February 20 Community Event" after just over 10 hours, Cambodia found Positive Kovid. 19 32 cases.

Mr. Hun Sen delivered a special message to his compatriots about the new community event from his home after an emergency special meeting. With officials involved in the fight against Kovid 19.

Mr. Hun Sen said: “I decided to name it the February 20 Community Event, and this event was just over 10 hours, we found Seen up to 32 large-scale community infections, which is unprecedented in our country No, ”he said.

Prime Minister Hun Sen said that suspicion arose yesterday and last night the team tested 28 cases overnight, but still On Saturday morning, four more cases were discovered and he did not know what the progress would be. No. The Institut Pasteur du Cambodge and the sampling unit at the public center are in the process of testing.

The starting point for the outbreak was in the N8 club, but he did not elaborate. No matter where.

"This is a terrible situation for us as we are fighting against 19 Kovid imported from Thailand and Vietnam while we have done well on the border between the two countries," Hun Sen said. "We have also arrested 31 brokers who smuggled and guided people and we will continue to arrest anyone involved in this cross-border activity."

At this stage, Mr. Hun Sen issued an order as well as an appeal to all compatriots, he asked for the understanding of business people and the residence of the people, which requires the closure of the club building and some areas where the case exploded. Kovid 19 is necessary.

He added that tests should be taken for those in the area where 19 Kovid explosions took place, and that after 14 days of testing, the number of tests could be too high, with authorities looking for people involved in the club. N8 No matter where you go.

"People in the area may be affected, but we have no choice because they are at high risk of infection," he said. "All those people are not allowed to enter except the landlord, but not allowed to leave the area."

Mr. Hun Sen said that for all those involved, cataracts must be made, and all those involved in the N8 club and those related to the 32 Kovid 19 patients must come to check the sample. People in Phnom Penh and other areas need to be more vigilant and restrict the implementation of three preventive measures and three non-permanent measures.

At the same time, Mr. Hun Sen has not yet issued an order to close weddings, meetings, schools and other ceremonies, but there must be conditions to wear masks and keep gaps.

"If we do this job well, we will be able to reach the closure of the community on February 20 in the next month or a little more," Hun Sen said.

The Prime Minister also called on all people not to discriminate against the people living in Phnom Penh and the Chinese when the third case of communism in the community happened to the Chinese.