PM: A small number of journalists and opportunists are using the media to commit fraud 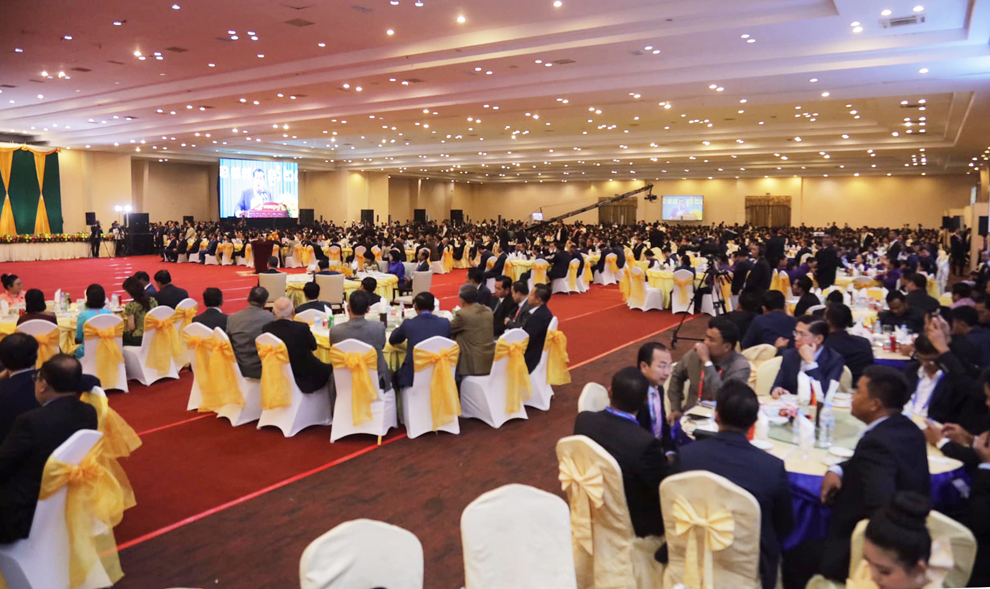 PM: A small number of journalists and opportunists are using the media to commit fraud


Phnom Penh: The Prime Minister of the Kingdom of Cambodia, Hun Sen, has revealed that a small number of journalists and opportunists are using the media to act. Corruption acts as a judge and disseminates information for personal gain, which is a departure from the journalism profession.

Mr. Hun Sen said: "I would like to advise all journalists to adhere to professional and legal practices. "On the media and respect the principles, do not violate the rights of others, do not distort the truth."

"In the past year, a small number of journalists and opportunists have been using the media," he said. Engaging in fraudulent activities, extorting money in exchange for not publishing or deleting false information, distorting the facts, inflating the situation, insulting, inciting and polluting the social environment for the benefit Personal departure from the journalism profession that undermines the value, honor, dignity and prestige of the media and journalists who practice ethics Professionalism.

Hun Sen said: "I have said before that Kovid 19 is a deadly infectious disease, but the spread of social pollution is It is more vicious than the 19 epidemics of Kovid, which requires the government to take the necessary steps to protect peace. Of the people and peacekeeping, development in Cambodia.

Huy Vannak, president of the Union of Cambodian Journalists (UCJ), also observed the same thing as the Prime Minister. Which is still the use of the media, both official and social media is still spreading false information.

He told the Post yesterday that in 2020, some entities, which are individuals who play on social media, spread false stories. Clarification not less than 4 times a year, but some institutions do not spread false information, but slanderous information In the sense of inciting, harassing and so on.

Mr. Huy Vannak said: "For the mechanism against this false information, both the head of the Royal Government and the relevant ministries and institutions are creating mechanisms to Respond to solve this problem.

At the same time, Prime Minister Hun Sen also praised the media and journalists for their efforts to disseminate accurate information related to developments. Of Kovid 19 and the evolving situation in Cambodia, as well as in the region and globally.

It should also be noted that the big annual meeting between the head of the Royal Government and the media every year has been aimed at increasing solidarity and strengthening Partnership between the Royal Government and the press to promote freedom of expression, freedom of the press, protected by state law and ensuring harmony Socialization, peacekeeping and promoting sustainable development in Cambodia.