Pity! Two boys, 13 years old and 15 years old, came to Phnom Penh to find work but could not find any money to buy food or shelter. Helped by Tonle Bassac police chief…. 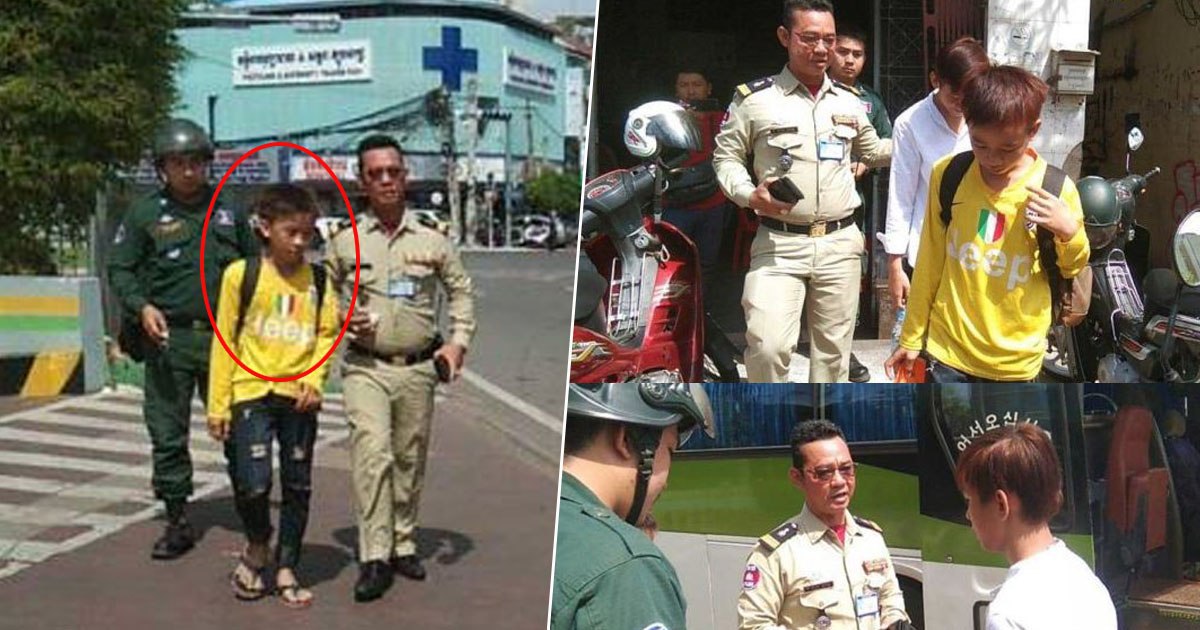 Pity! Two boys, 13 years old and 15 years old, came to Phnom Penh to find work but could not find any money to buy food or shelter. Helped by Tonle Bassac police chief….


Phnom Penh: This is a Surprising Story and a CompassionTwo teenage boys between the ages of 13 and 15 traveled from their hometowns to find work in the United States. Phnom Penh, but because they could not find work and no place to stay and even money to buy food That decided to seek help from the Tonle Bassac police. Of course, not being able to see with his own eyes, Lieutenant Colonel Sal Sandou donated some money for them to buy food as well.

According to the Facebook page of the Phnom Penh Municipal Police, "On July 11, 2020 At 10:15, two boys arrived at the Tonle Bassac Administrative Police Station to rely on the authorities to rescue them because they Leaving his hometown in Choam Ksan district, Preah Vihear province and looking for a job in Phnom Penh, but could not find a job and no money for Buy food and no accommodation. In this difficult situation, Lieutenant Colonel Sal Sandos, Chief of Tonle Bassac Administrative Police Station, provided accommodation and provided some financial support. To make a living and send the two boys to the bus stop to return home. The boys we rescued were: First, Chhoeun Ly Hour, male, 15 years old. Second name: Sieng To, male, 13 years old. Helping each other is a good deed for everyone in times of emergency, and loving one another helps one another. Tolerance is a good example for the next generation. ” By: Lim Hong 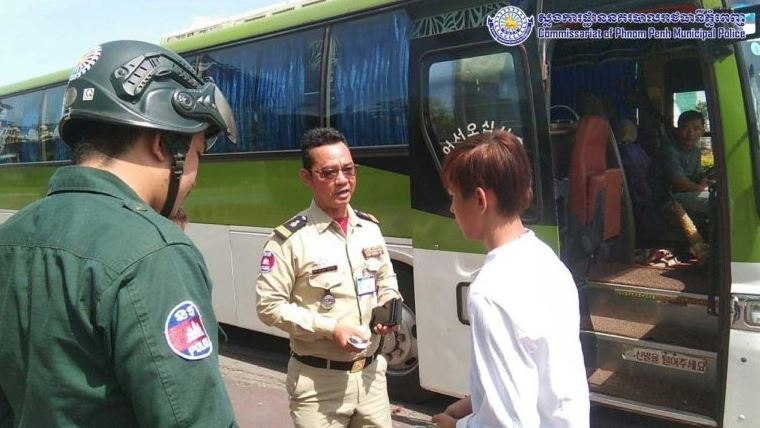 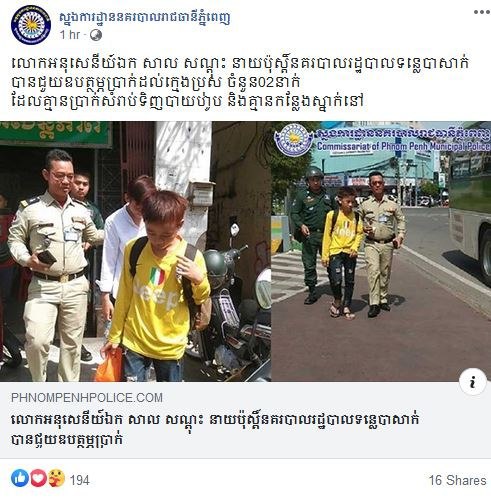 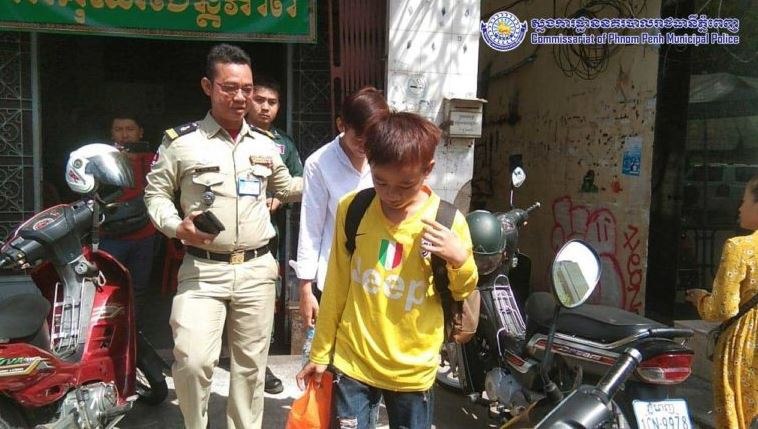 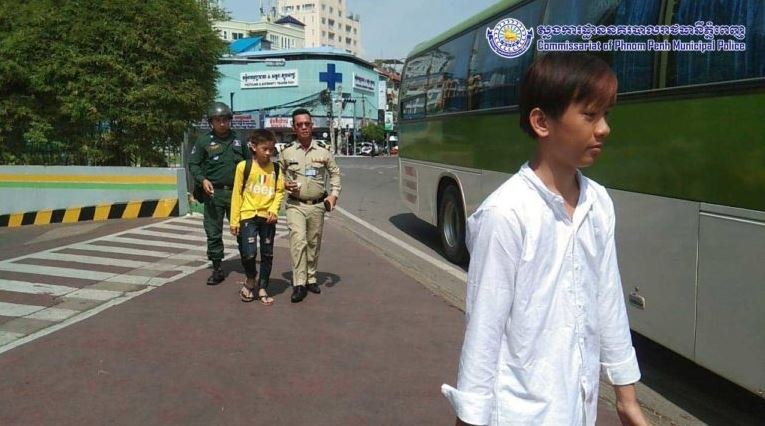