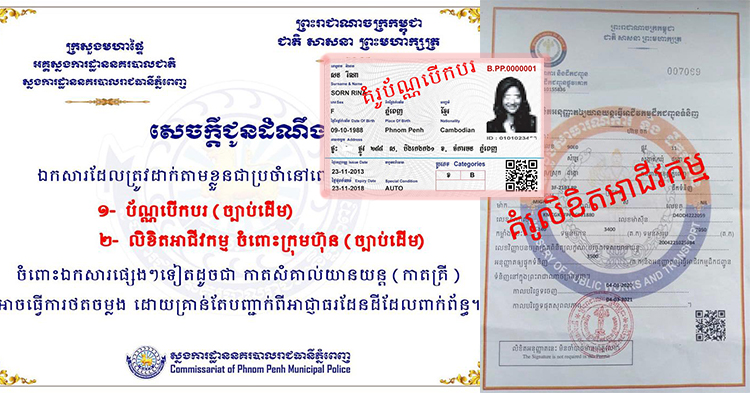 
While there are national police throughout the country The traffic police fine will be implemented on May 1st Always drive on the road with the original vehicle file. 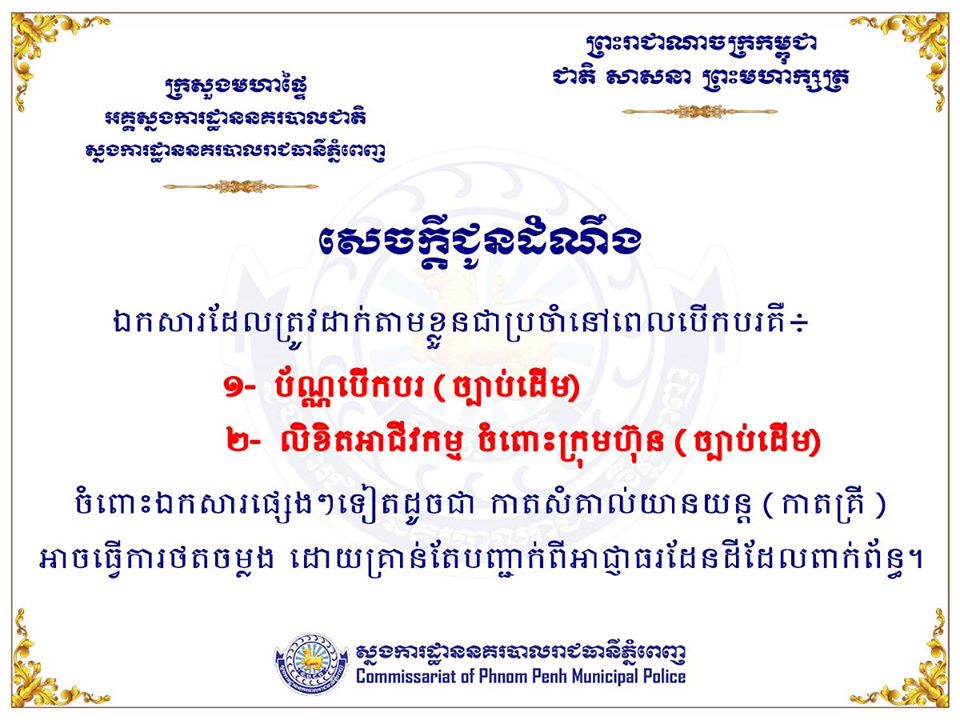 Phnom Penh Municipal Police Commissioner will use force of more than 1,000 people to enforce strict traffic law enforcement May 1, 2020 in Phnom Penh up to 47 targets implemented night and day to reduce traffic accident rates.

According to Wednesday's notice, the Phnom Penh Municipal Police Commissioner confirmed that the documents to be followed regularly while driving are: 1) Driver's License ( Original) 2) business letter to the company (original). For documents such as Vehicle Identification Card (credit card) can be copied just by the relevant local authority.

Please note that Samdech Techo Prime Minister stated that drivers must obey traffic laws for safety. At the moment, traffic restrictions are under way across the country.


“Please all citizens, especially young people, before driving a car must have a valid driver's license. "The car must pay taxes and other fees properly before it is ordered on public roads." According to a report on Facebook, Samdech Hun Sen, Cambodian Prime Minister on 29 April 2020.

The head of the Royal Government of Cambodia said the restrictions were to ensure the safety of the lives of the people across the country to avoid the dangers that Can cause minor injuries and even death. We do not want to see a car accident in the family of a sibling.

Citizens and young people should drive with great care and understanding for safety around the country.

It should be noted that the Phnom Penh Police Commissioner will use more than 1,000 forces to enforce strict traffic law enforcement. Launched on May 1, 2020, in Phnom Penh with 47 targets implemented day and night to reduce traffic accident rates. .

At that meeting, HE Lt. Gen. Thath also advised the Phnom Penh police to enforce the Road Traffic Act. Must perform tasks clearly based on a high sense of responsibility. Especially, ethics, proper conduct, and do nothing illegal and discipline of the police.

In that occasion, HE Deputy Prime Minister HE Yim Yan, Deputy Director General of the National Police said that to reduce the traffic accident rate and reduce The injured, the injured, were the only enforcement measures. Sub-decree 39 fines for drivers who violate the Road Traffic Law are aimed at users of the common road. Serious land traffic. Because of the high rate of traffic accidents, the Royal Government of Cambodia as well as the people are very concerned that the accident rate has caused many deaths and injuries. There is an increase.

The Deputy Commissioner said that the reduction of traffic accident rate successfully is that people must obey the Road Traffic Law. All right.

Please note that the enforcement of the Road Traffic Law violates the Deputy Traffic Law and fines three to five times. By offense. The fine is not at the practice site, dispatch of the offending vehicle to the nearest accomplice's office and kept for three days. Get the owner to pay legal fines ៕ By: Kolab 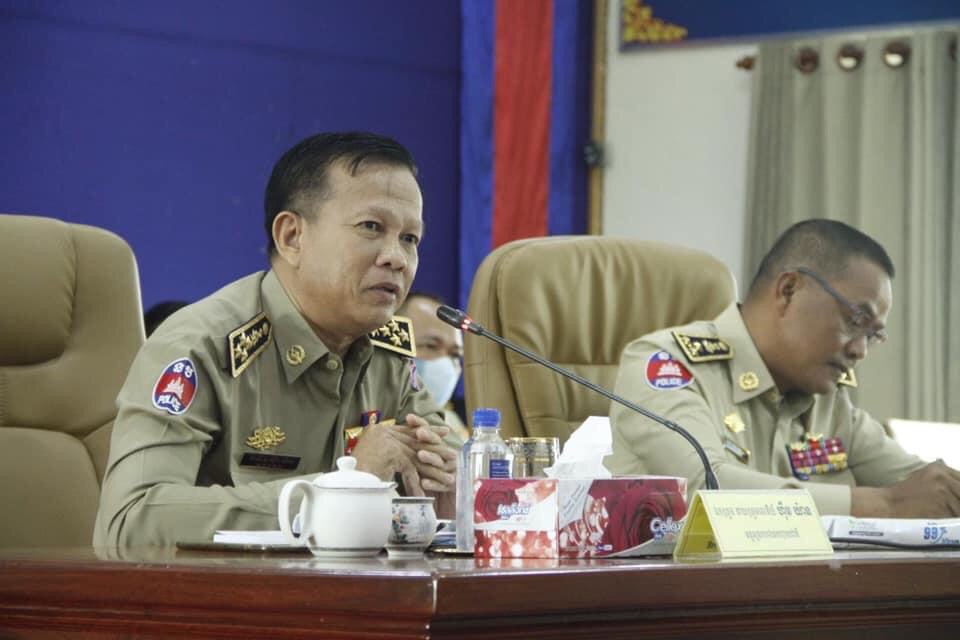 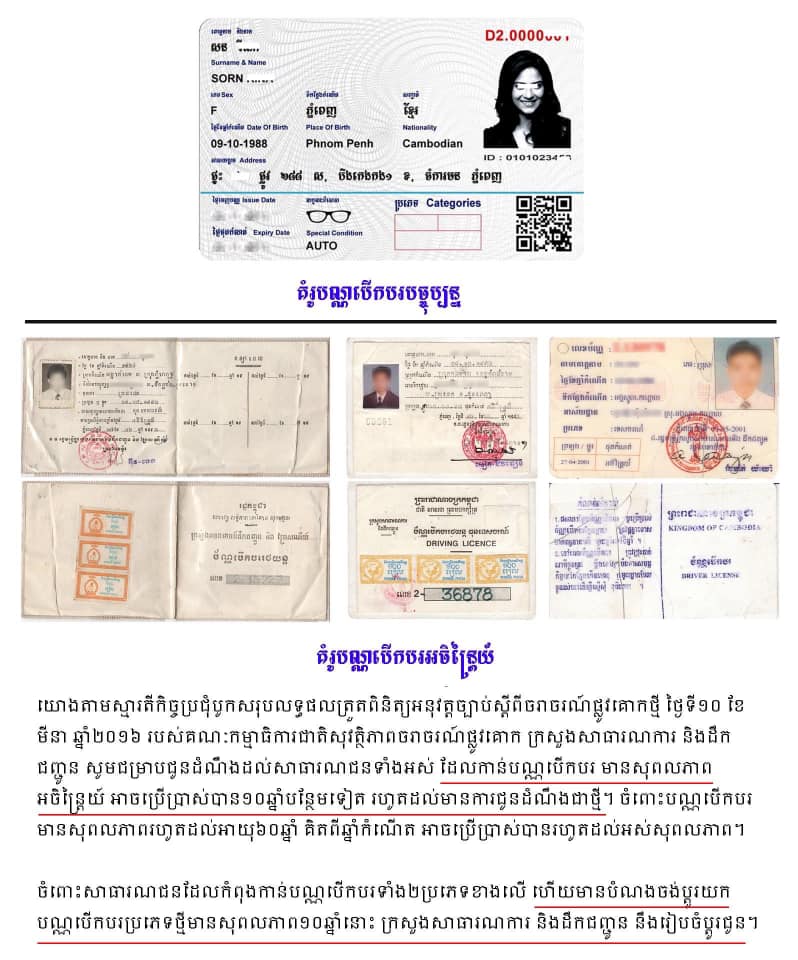 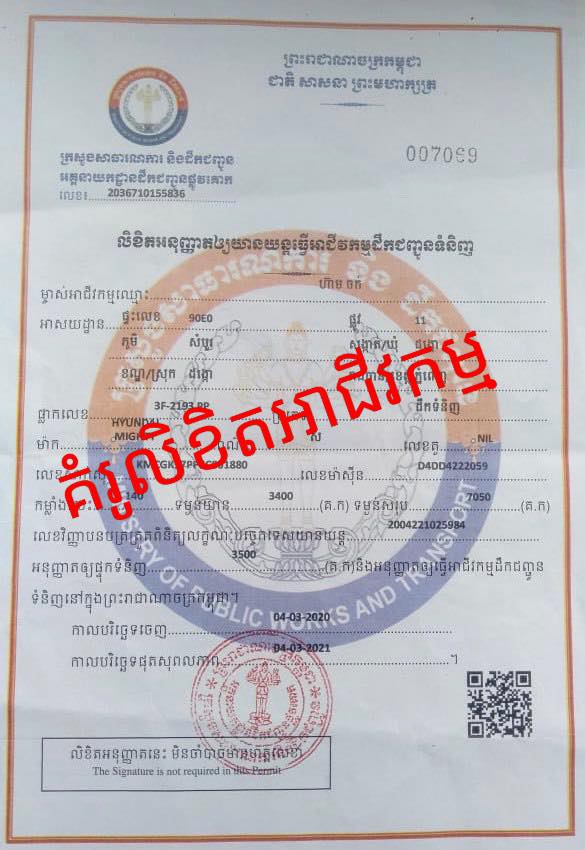 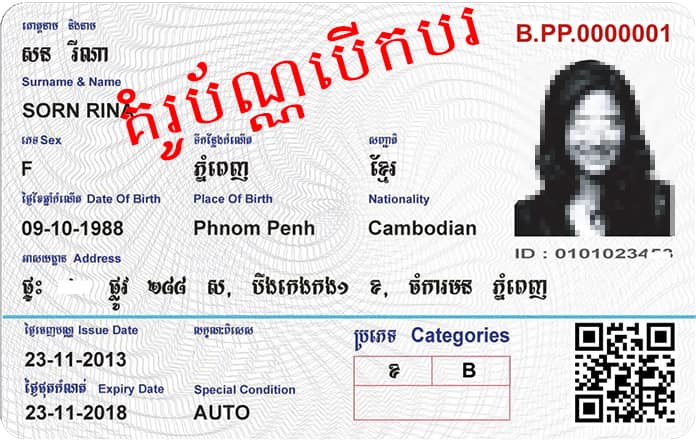 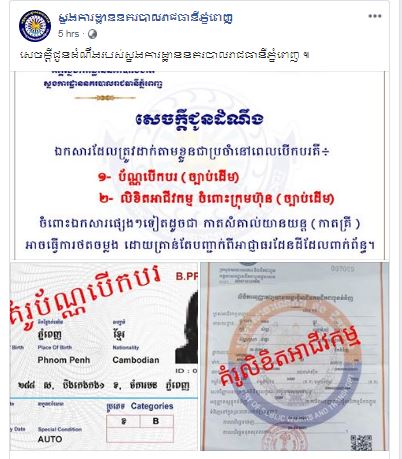