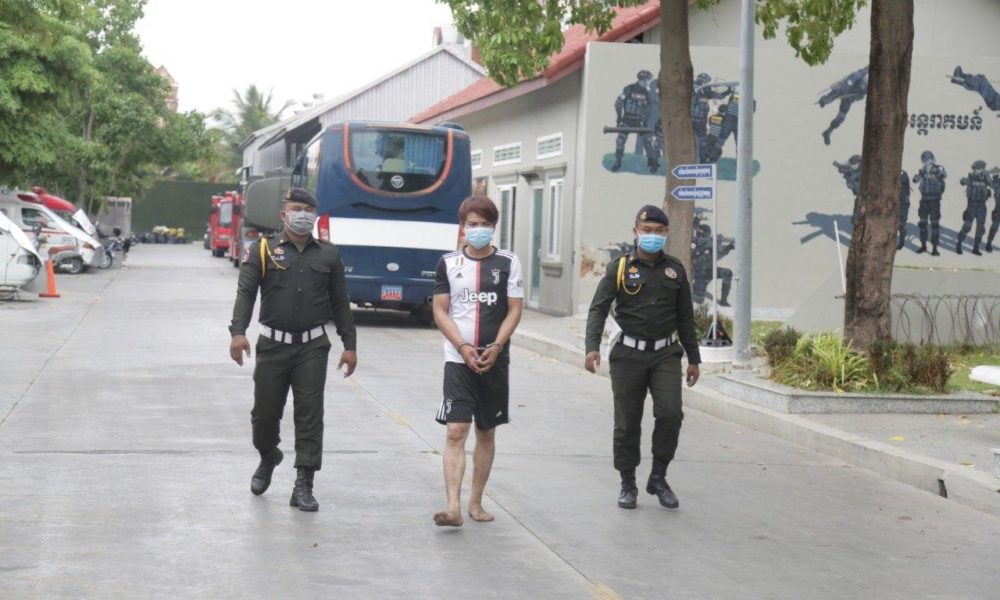 The Phnom Penh Municipal Police Department's Criminal Investigation Bureau on the morning of April 13, 2020 sent a suspect to court for a felony charge of stealing a motorcycle.

Phan Vannith, a 27-year-old male, allegedly steals people's motorbikes into a rented apartment and robbed two motorbikes, branded them with a white plate. The Siamese 1Y-2402 and the Honda Skateboard from the red color plate 1S-1177 were seen by the victim's brother while shouting thieves and clashes while kicking off. Wallpapers included local police patrolling their villages visited detained. This happened on April 11, 2020 at 15:50 AM at 50ED, Street 379, Sangkat Boeng Salang, Khan Toul Kork, Phnom Penh.

In front of military police, the suspect above confessed that he and his accomplice, Hul, about 27 years old (escaped), were riding a motorbike, a black DUKE, a license plate number 1BU-1661, to search a rented room at Point Above and one interrogator took the opportunity to break the motorbike of the people who were there too but they did not remove the scooter immediately they took the motorcycle. The driver was sent to another location and got back to PassApp to retrieve the scooter they had been arrested on, but the residents and siblings of the motorbike owner were arrested and arrested. The immediate aftermath of the clash, the municipal police force of Toul Kork patrol, came down to arrest, while another faction named Hul escaped. He added that on April 08, 2020 at about 9:30 pm, he and his fugitive accomplices had committed the theft of a motorcycle on a motorcycle. Black Series 2016 license plate number 1FK-9673 ៕