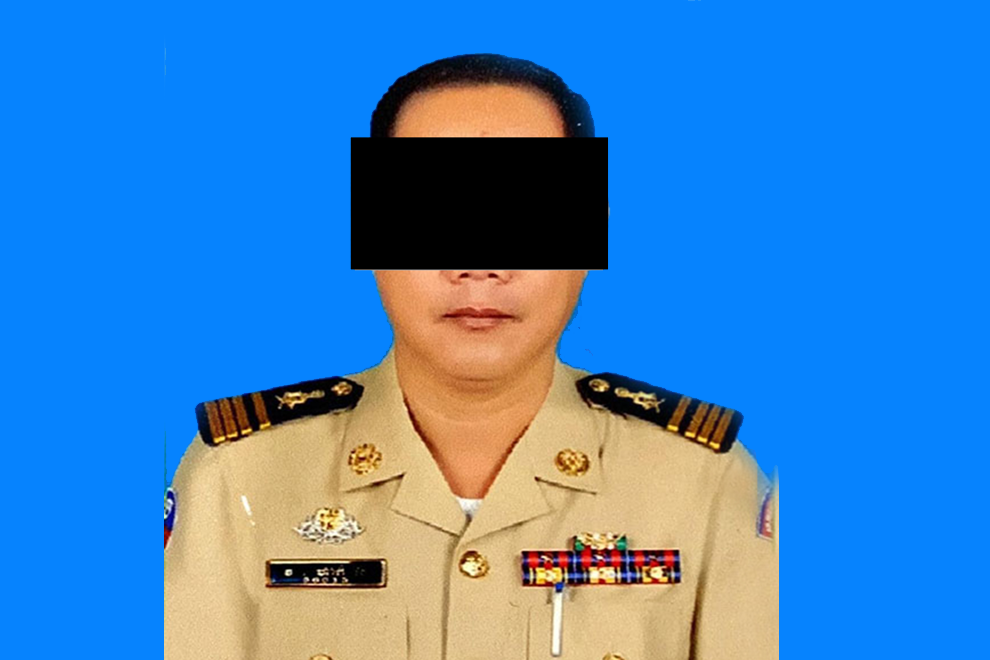 
Phnom Penh: Phnom Penh police yesterday continued to question Hak Ly, a police officer, after his arrest on February 17 in connection with the use of Violence and threatening to shoot a woman in a bar in Prey Veng province.

Hak Ly, Deputy Director of the Anti-Human Trafficking and Juvenile Protection Office of the Phnom Penh Municipal Police, was charged by a woman with violence and Threatened to shoot her in the restaurant "Chumnor Makara" in Kampong Popil village, Kampong Popil commune, Pearang district, Prey Veng province on February 12. 2021 Due to anger, the victim and the woman in the other shop refused to sleep with him.

Chan Vannak, deputy prosecutor and spokesman for Prey Veng Provincial Court, said he had just received the case from authorities on 17 February. He is reviewing the ongoing procedure has not yet been decided. "I have just been appointed deputy prosecutor in charge of this case, so now I am looking at the flow," he said. The procedure continues.

Meng Channan, the victim's son, wrote on Facebook on February 13 that on Friday, February 12, Hak Ly He violently beat his mother, Lor Sarom, and pulled out a gun and threatened to shoot her.

"There was violence against my mother, Lo Sarom," he said. The perpetrator, Hak Ly, alias Pov on Facebook, was born in Kampong Russey village, Po Rieng district, Prey Veng province. There were five people, but only one person caused violence. Hak Ly, alias Pov, beat my mother and bragged that he was a police officer at the Ministry of Interior. ”

Mr. Chann stated that after beating his mother, Mr. Hakly opened the car door, pulled out a gun and threatened to shoot again. Angry girls in Chumnor Makara refused to sleep with him. Therefore, he posted on Facebook, "I urge Samdech Krala Hom Sar Kheng to help find justice."