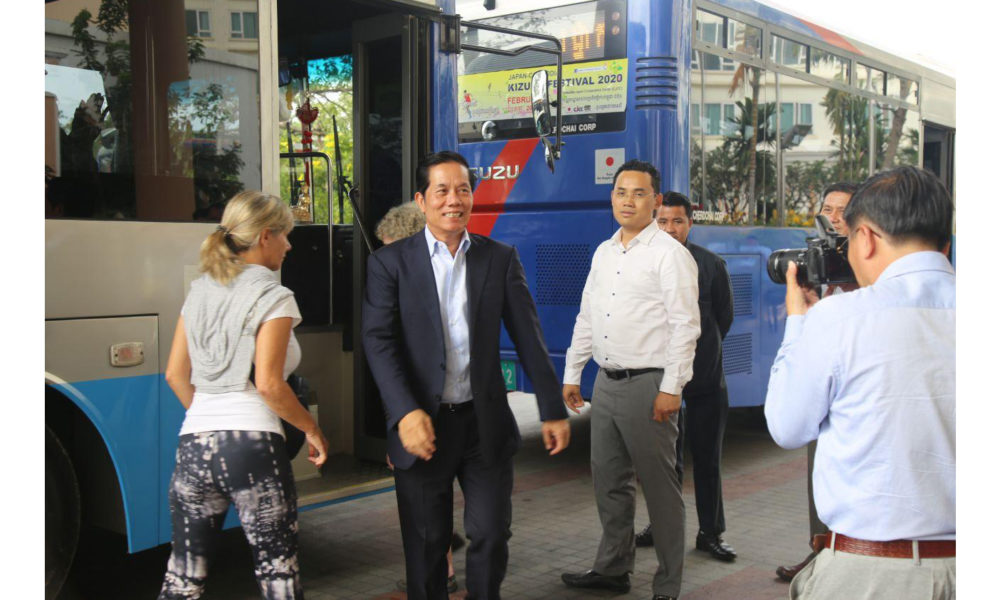 Phnom Penh Municipal Governor Khuong Sreng on the afternoon of February 17, 2020 offered foreign visitors from the Westerdam Tourist Bus a tour of the capital by public bus before returning to their respective countries.

Phnom Penh's administration official said the visit would bring foreigners from the Westerdam, who are staying at the Sokha Phnom Penh Hotel, for a tour of the riverfront in front of the Royal Palace and elsewhere before returning to their home country. They are. The expatriates are visiting Phnom Penh to showcase the progress of Phnom Penh.

All foreign nationals have been subjected to strict medical tests from the Ministry of Health that there were no symptoms related to the Covid-19 virus following a Westerdam cruise ship carrying a total of 2,200 people leaving Hong Kong. China was last visited by China on February 1, 2020, but was rejected by Taiwan, the Philippines, Japan, South Korea, Guam Thailand denied permission to dock a matter of concern among the thousands of people on it may contain new corona virus (Covid-19).

According to the passenger list, the cruise ship accommodated 41 nationalities, of whom 651 were Americans, 271 Canadians, 127 British, and other nationalities, including Khmer. Also five Canadian nationals. By: Mao Darath