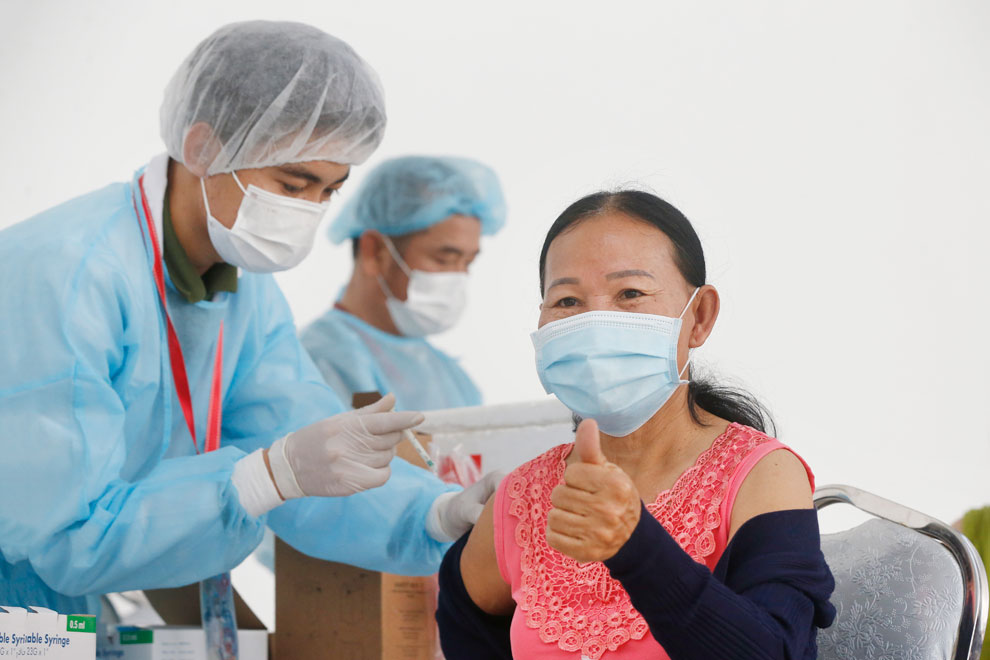 
Phnom Penh: Phnom Penh Governor Khuong Sreng warns those who have not been vaccinated against Kovid 19 Both the first dose and the second dose from the age of 18 onwards must be given according to the deadline for the geography. Phnom Penh, which will end the campaign on July 8.

Mr. Khuong Sreng stated in the announcement on July 6 that based on the master plan and by assigning tasks from the commission to Kovid 19 Vaccination in the Nationwide Framework (CCV-19) Subcommittee on Kovid Vaccination 19 in Phnom Penh Phnom Penh has vaccinated people aged 18 and over to achieve almost the target.

He said that the Phnom Penh Capital Administration has informed many times about the last date for the closure of 19 Kovid vaccination programs. To the people for the geography of Phnom Penh.

In this regard, the mayor stated that in order to accelerate the implementation of the national vaccination campaign against Code 19 and to close this work according to the program The Phnom Penh Capital Administration would like to remind for the last time to the people aged 18 years and over who have not yet received Vaccinated in both the first and second doses in Phnom Penh, please hurry to get the Kovid 19 vaccine every 8:00 Morning to 5:00 pm by July 8.

According to the same announcement, the subcommittee on vaccination of Kovid 19 in the framework of Phnom Penh will close the national vaccination campaign For the geography of Phnom Penh, by July 8, 2021, by 5:00 pm, it is mandatory.

The letter stated: "If any citizen fails to come and get vaccinated by the deadline at the designated location, the Capital Administration "Phnom Penh will not be responsible for the next vaccination."