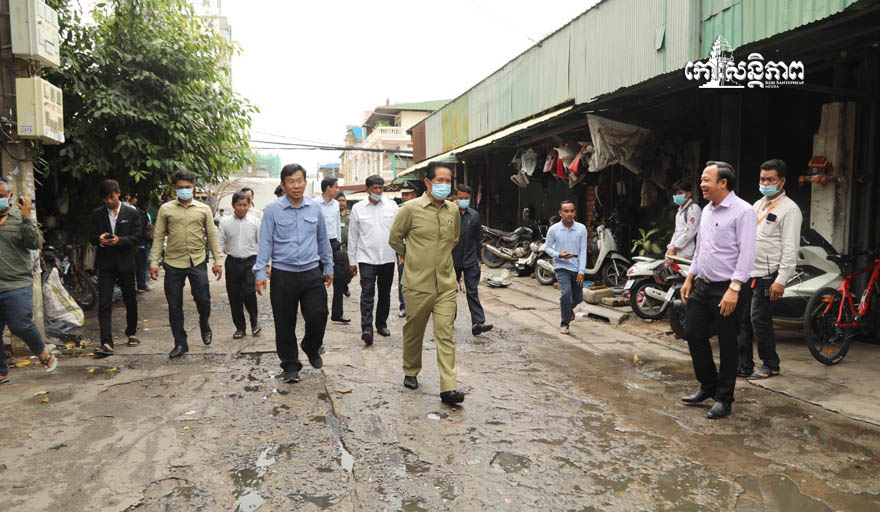 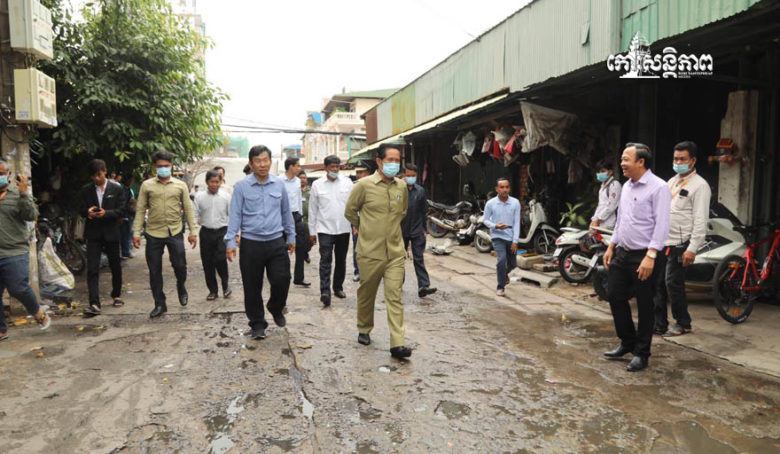 Phnom Penh: Phnom Penh Capital Administration plans to iron two lines of bituminous rubber in Toul Kork district, Phnom Penh, implemented by LNS k Construction Company, which has experience and work in road construction in Phnom Penh in the past to facilitate traffic for people Travel is easy and enhances the beauty of Phnom Penh.

The decision to iron out the above bitumen was made while Mr. Khuong Sreng, Governor of the Board of Governors of Phnom Penh Leading professional officers and local authorities in Tuol Kork district to inspect the condition of these two roads on the morning of July 24, 2020, namely After the Capital Governor completed the inauguration ceremony of the pedestrian flyover in Phsar Doeum Kor Sangkat, bordering the Sangkat Boeung Salang, Khan Toul Kork, Phnom Penh.

The two sections of the road that are planned to be paved with bitumen include Street 186 and Street 247 in the commune. Teuk Laak III, Khan Toul Kork. Mr. Khuong Sreng, Governor of the Board of Governors of Phnom Penh, while inspecting the condition of the two roads, confirmed that the Capital Administration Phnom Penh will be paving rubber along two roads, including Street 186 and Street 247, using Betimy rubber For Street 247, start from Street 186 in front of Teuk Laok Primary School.


Street 186 will be paved from Street 247 to 261. The paving of the two roads above is to reduce traffic congestion, facilitate traffic for people to be comfortable. It is also to enhance the beauty of Phnom Penh. By: John Narith