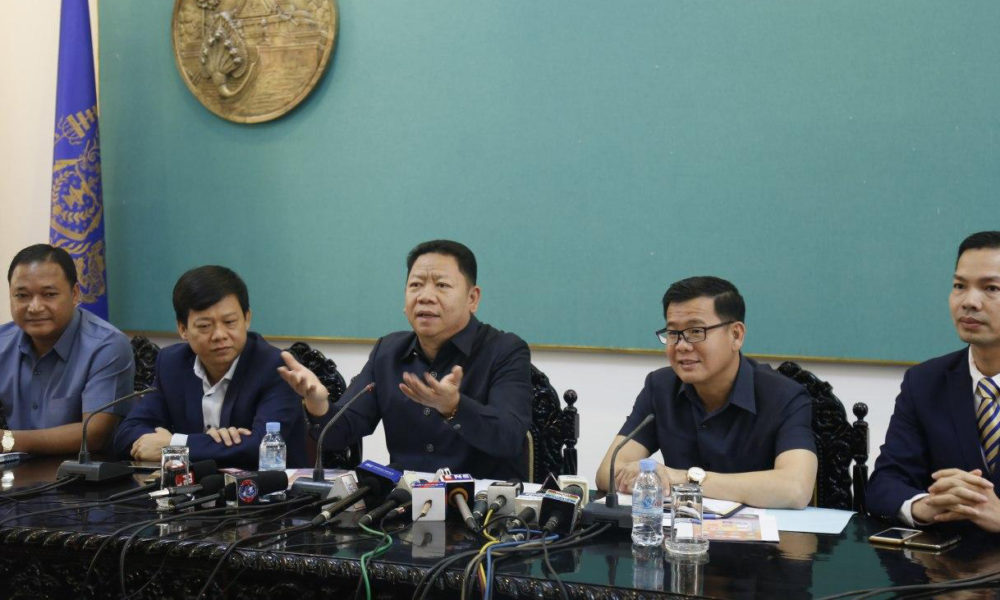 Phnom Penh deputy governor Huot Hay advised people to rush to pay for the garbage service from February 1 to February 15 for the January fee, which has already gone down with the electronic system. Mobile phones) such as Acleda Bank and Wing Specialized Bank or E-money, Lyhour weiluy, Ly-Pay, True-Money and Dara-Pay, all in one transaction. From $ 500 to $ 800.

Speaking at a press conference in the morning of February 1, 2020, Mr. Hout Hay, Deputy Governor stated, “Today is the first day to start paying off the new system, so I want to inform all the people. Hurry to pay for trash, as this is an obligation that you must fulfill, because in any country people are obliged. This is the participation of the people and we call on you to pay the waste from today until February 15, ”he said.

Furthermore, Mr. Chek Chhe, Deputy Governor of Phnom Penh also stated, “Paying for garbage service is not voluntary, it is compulsory because we as producers of the rubbish have to pay it inescapably, but in this transitional stage we are Can allow you to pay from 1-15 if it is too late and we will have time to pay the penalty Further measures, because we have a comprehensive measure of all. "

According to the deputy governor of Phnom Penh, the charge for garbage service is kept at the original price without any increase – the price was paid in October 2019, which is a benchmark for the former. How much is the same.

It should be reminded that Neth Pheaktra, Secretary of State and Ministry of Environment spokesman, said that the people of Phnom Penh use 10 million plastic bags a day while garbage in Cambodia is around 10,000 tons per day and the garbage is increasing every day. The year the stakeholders are dealing. Neth Pheaktra also stated that each year, Cambodia produces more than 3 million tons of garbage, and only 51% of the waste is dumped in landfills, besides being dumped in the streets. Burning water.

It should be noted that the Royal Government of Cambodia has granted Cintri the right to continue the operation of cleaning, collecting and transporting garbage and solid waste, but no longer has the right to collect garbage collection and disposal services.

Following the directive of the Phnom Penh Municipal Administration on December 16, 2019, in accordance with the order of Samdech Techo Hun Sen, the Prime Minister of Cambodia has established the “Phnom Penh Waste Management Authority” Responsible for the management of waste and solid waste service management, implementation of the waste management system New solid waste and revenue collection, garbage and solid waste collection fees, no longer included in the electricity bill. By: Darth