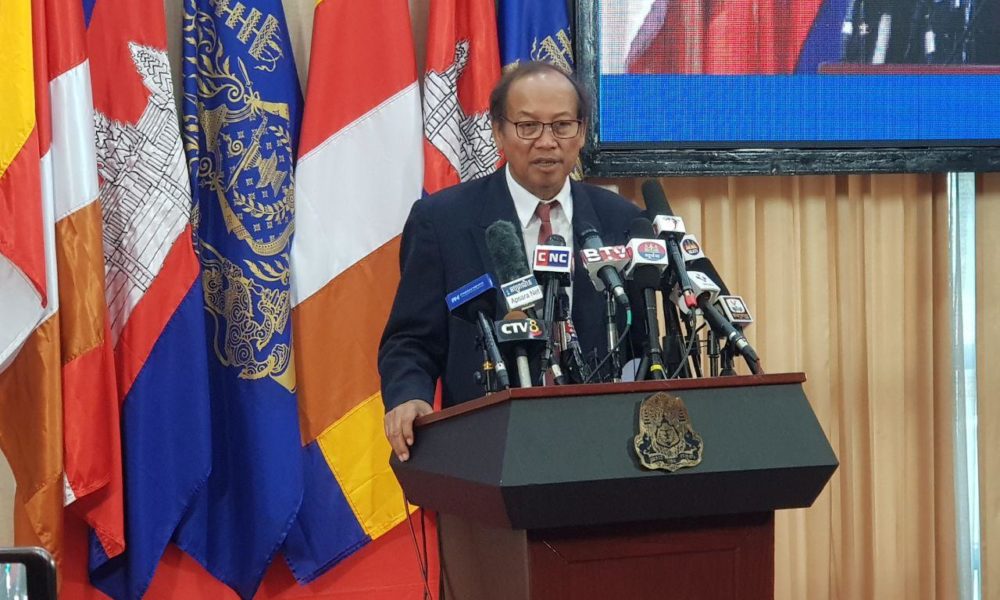 PHNOM PENH, Cambodia: Spokesman of the Royal Government of Cambodia Phay Siphan has rejected all claims by opposition analysts that King Norodom Sihamoni and Samdech visited Beijing for a medical visit. Take part in destroying the nation in times of emergency.

Phay Siphan's denial comes after a social analyst said: "His departure from China to China because he did not want to join the nation with Phnom Penh in putting the country in danger. Emergency. ” According to Radio Free Asia's March 31, 2020 report.

At a press conference on the progress and continued direction of the Ministry of Defense on April 2, 2020, Mr. Siphan said: "The law that we make in accordance with the King's absence procedure is that we have the President of the Senate to play the role. Acting head of state so you can have a role in signing this, so we follow all the procedures and not me And that is not the abduction of our King is not, then do not blame him, do not punish him, he loves his country very much, and the analysis of these visits to the health of the country was before. When we set up the law, he went to the Chinese hospital to follow up with the schedule and not affect the rules. This legal arrangement, Dear to my hero, do not punish you, Prince lives on the south placements schedule your project right away. "

He stressed that making a law in a state of emergency is not the only one in Cambodia, but in every country.
“As I mentioned earlier, Cambodia is not alone! Who make laws in a state of emergency, as I tell the rest of the world, and the countries around us have five countries already in place, and they have already implemented the law of putting their nation in This is an emergency. We have not announced at all why, we have not announced because we do not have the law now, which is a legal requirement. The first thing is that we call the rule of law that the state has all the laws in place, respond to what the nation's crisis is in response to the safety and security of the nation, and our national interest is the law. One that we do. "

Regarding the emergency law of the country, Prime Minister Hun Sen also appealed to the people as well as civil society organizations not to fear the law of emergency. Because this law does not deprive any citizen of their freedom.

It should be clarified that the draft law on emergency management of the country will be submitted to the Assembly for approval without passing the cabinet meeting.