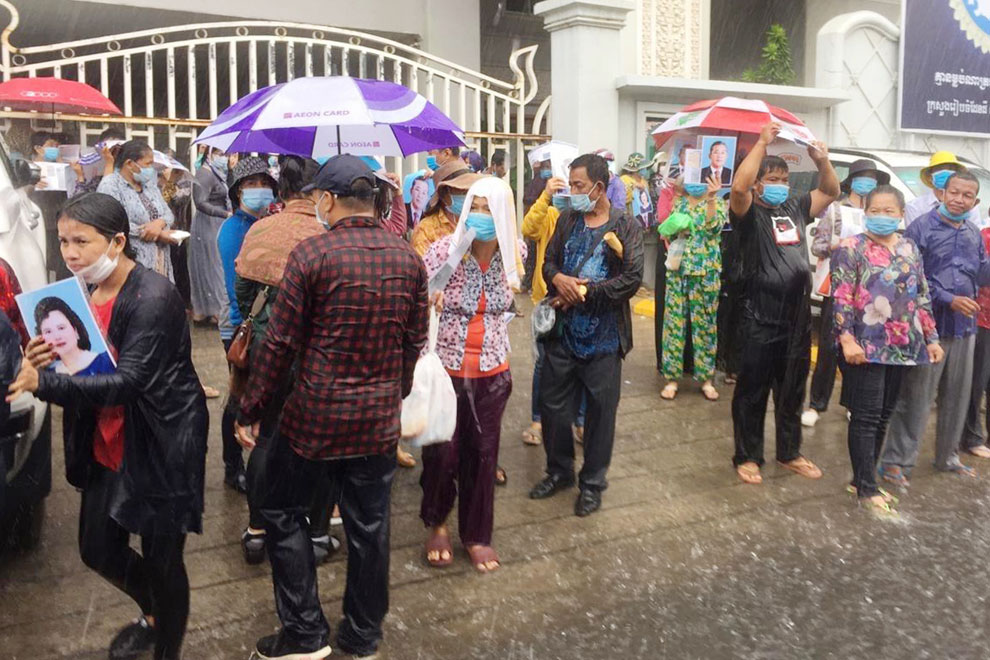 
Phnom Penh: More than 60 villagers from four villages in Sangkat Samrong Krom and Sangkat Kakap, Khan Por Sen Chey gathered to protest on July 29 in front of The Ministry of Land Management, Urban Planning and Construction is in the rain to ask for its intervention to help find a solution to the land issue.

Chea Wang, a villager affected by about 10 acres of land in Tek Panho village, told the Post on July 29 that sub-land The impact of the railway station project is that the land has been occupied by the people since 1979 and is recognized through the chicken wing plan. During 1989.

Mr. Chea Wang added that the people do not oppose the government's development plan, but the people only ask for appropriate solutions and transparent development. . Because according to the information he received, the project to build this railway station requires only about 15 hectares of land. Therefore, the remaining land from this development should be returned to the people.

He said: "Ask for a title deed for the people, if it affects the train, take only that much and clear the land for the people. Because the information affecting this project is about 15 hectares. To take more than 100 hectares, what will it be? In the past, the people respected it well without having to go into cultivation for 14 years, so it was time for the people to think about it. And.

Seng Lot and Lor Davuth, spokesman for the Ministry of Land Management, Urban Planning and Construction, could not be reached for comment yesterday.

Heng Ratha also stated that all residents still stand to rally again and continue to protest at City Hall Phnom Penh and the house of Prime Minister Hun Sen continue in case there is no solution.

Pang Lida, deputy governor of Por Senchey district, told the Post on July 29 that he had difficulty explaining the issue. He said that people gathered to protest because those lands were their land that had been occupied for many years. However, he urged people to submit relevant documents to the district to continue to find a joint solution in the future.